5 days ago 0 3 min read
We use cookies to provide a personalized experience for our users. By continuing to browse this site, you give consent for cookies to be used.
Got it!
Home > Sports > Despite public concerns, council to vote on 10-year extension of OSEG’s Landsowne deal 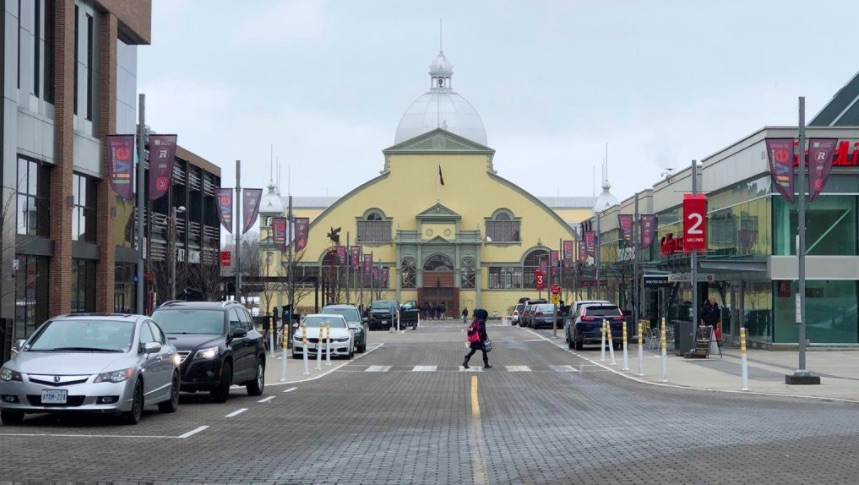 The city released a report earlier this month proposing changes to the Lansdowne Partnership Plan to provide the Ottawa Sports and Entertainment Group with short and long-term relief from the financial pain caused by COVID. [Photo © Steven Marchand/Capital Current]
Community

Despite public concerns, council to vote on 10-year extension of OSEG’s Landsowne deal

On Wednesday, city council will debate and perhaps decide the fate of a deal that would give the Ottawa Sports and Entertainment Group a 10-year extension — and a financial lifeline — to their operation of pro sports teams and commercial activity at Lansdowne Park.

On Nov. 12, the Ottawa’s finance and development committee unanimously approved a staff recommendation that would extend the Lansdowne Partnership Plan with OSEG by a decade, despite public concern over the timing and other long-term changes to the arrangement.

The proposed extension was prompted by OSEG’s heightened financial challenges caused by the pandemic.

The recommendations made by city staff would provide immediate, short-term relief to OSEG and ensure the partnership will be in a better position to succeed post-pandemic.

“This is not a bailout,” city manager Steve Kanellakos told the finance committee. “This is in the best interests of the city and the partnership.”

The proposed changes are:

“We are coming to you, our partner, in a very transparent way to say: we need your help,” Roger Greenberg, executive chairman and managing director of OSEG, told the finance committee.

The closing of TD Place on March 13, resulted in huge losses to the sports and entertainment scene at Lansdowne, combined with shutdowns of the retail sector (including the cinema, restaurants and gyms), caused a sharp drop in visitors to Lansdowne after a record year in 2019. The pain was further compounded by the cancellation of a highly successful Christmas market.

OSEG forecasts it will need to absorb an additional $40 million in operating losses over the next five years.

Greenberg said at the finance meeting that OSEG is prepared to meet its commitments but that it needs the proposed adjustments its agreement with the city to feel comfortable doing so.

The first of those adjustments is getting access to the $4.7 million reserve fund. This will provide OSEG short-term flexibility, said Kanellakos.

The Glebe Community Association has expressed concerns about the planned rewriting of OSEG’s partnership with the city.

The GCA is a volunteer, not-for-profit, and city-recognized organization that has been involved in city affairs since 1967. The association advocates for a sustainable and diverse neighbourhood by consulting and informing residents on issues at all levels of government.

In a letter to the finance committee, the GCA expressed surprise at the timing of the report and the lack of public consultation in making the recommendations.

“I was completely surprised especially because the Glebe Community Association had been in a public consultation with the CEO of OSEG, Mark Goudie, just a couple of weeks before,” said June Creelman, the GCA’s vice-president. “But there was not even a murmur or mention that a report would be coming.”

Capital Ward Coun. Shawn Menard held a public Zoom meeting that attracted 250 members of the community who voiced their concerns about the proposal. Many expressed frustration with the lack of public input and how little time the finance committee members had to consider the report before voting.

“They should be consulting the public on this,” Menard told Capital Current. “It’s the public’s money they’re giving up in the future and it’s a public site that is owned by the city which is affected by what’s in the report.”

Talks about amending the contract began in July when both parties assembled to prepare OSEG’s annual report and OSEG revealed COVID impact on its revenues.

The main public concern flowing from the report was the proposed extension from 2044 to 2054 for the partnership.

OSEG has already invested $97 million more than initially projected in 2012. They were supposed to break even by 2022, but COVID has pushed that date further in the future. The 10-year extension is meant to provide OSEG more time to recoup their investments, which are now nearing $200 million.

The recommendation also included the proposal to abolish the participation rent and keeping the base rent at $1 per year throughout the contract.

“Can we afford to give up rent down the road in 22 years, and participation (rent) until 2066? I think the answer to that is I think we shouldn’t give that up,” said Menard.

The city has invested $210 million in the revitalization of Lansdowne so far. Under the proposed changes, the city will not be investing any more taxpayer dollars, but it will be losing $10 million with the recommendations for rent changes — $3 million of that from the loss of base rent and the other $7 million coming from lost potential profits above operating costs.

In the report, city staff said OSEG’s worsened financial picture because of COVID puts the company at a real risk of defaulting if the city does not provide some relief. Despite this, Goudie and Greenberg were adamant that the proposal was not presented as a threat from OSEG that it could default.

Another point of contention is the financial long-term benefit OSEG would gain from approval of the recommendations. By extending the partnership for another decade, OSEG will collect an additional $252 million from the interest they earn on equity they pay annually. The city will make no extra money from the extension.

“I can’t see how a 10-year extension where one side gets an additional $252 million and the other side gets zero — when they’ve put in the same amount or the city has (actually) put in more to begin with,” said Creelman. “I just cannot understand how that makes sense for taxpayers.”

Another concern was that there was no mention of OSEG extending its contract for owning the Ottawa Redblacks and Ottawa 67’s beyond 2021, which is when the current contract ends.

Since the Nov. 13 committee meeting, Ottawa Mayor Jim Watson has publicly called on OSEG to extend its commitment to keeping the teams at Lansdowne for an extra decade, to 2032.

“I can’t imagine a successful Lansdowne without sports at its core,” Greenberg stated at the committee meeting. On Monday, Greenberg made public a letter that indicated the Ottawa Redblacks and 67’s are here to stay — or at least until 2032.

This was in response to Watson’s own letter asking for such a guarantee.

During earlier talks, the city felt no need to negotiate an extension for OSEG to continue supporting sports at Lansdowne.

“None of us believe a future without hockey and football at Lansdowne is sustainable,” said Kanellakos.

Ottawa is facing a homelessness crisis, with the Alliance to End Homelessness Ottawa reporting a waitlist of 12,000 households seeking affordable housing.

Although the issue was not part of the renegotiated partnership between OSEG and the city, affordable housing was mentioned in the committee report as something that the new working group would examine.

But Somerset Coun. Catherine McKenney expressed skepticism about the deal during the finance meeting because she said there was no precedent or a clear plan moving forward to incorporate affordable housing.

Creelman said she was also surprised that affordable housing was mentioned with no plan supporting it.

As the debate over the Lansdowne deal intensified in early December, the city’s auditor general found lapses in the city’s oversight of the complex “waterfall” financial scheme that structures the partnership. The waterfall describes the cashflow priorities and how accounts fill up across six levels.

One level can’t receive a contribution until the previous level receives the required amount.

The audit found that OSEG’s additional equity was overstated by $6.5 million in the arrangement, which would bring an additional $14 million to the company over the duration of the agreement.

Ken Hughes, the auditor general, attributed the discrepancy to differences in interpretation of the Lansdowne agreement.

The decision for council was moved to Dec. 9 to allow councillors more time to examine the audit and the recommendations.

“There’s a number of factors in play, but just rushing it through without any public consultation in less than a week, in terms of the committee meeting, didn’t make much sense,” said Menard.

From Watson’s perspective, the challenges facing Lansdowne today pale in comparison to those in the past, before the park’s revitalization under the OSEG-city partnership.

“Lansdowne used to be 37 acres of cruddy asphalt, and run-down buildings that used to be condemned,” Watson said in a Nov. 17 Q&A session with reporters from Capital Current. “We used to lose $4 million a year at Lansdowne. . . Now we’re geting $1 a year plus $6 million in property taxes. We’ve gone from net negative $4 million to positive $6 million.”

Creelman said the goal now should be to get it right because the decision will not only affect people now, but future generations.

“Nobody,” she said, “wants it to fail and have this big white elephant.”

Ottawa malls adapt to a new kind of holiday shopping