3 days ago 0 3 min read
We use cookies to provide a personalized experience for our users. By continuing to browse this site, you give consent for cookies to be used.
Got it!
Home > Profile > Faces of change: Heidi Langille is creating allies by celebrating Inuit culture 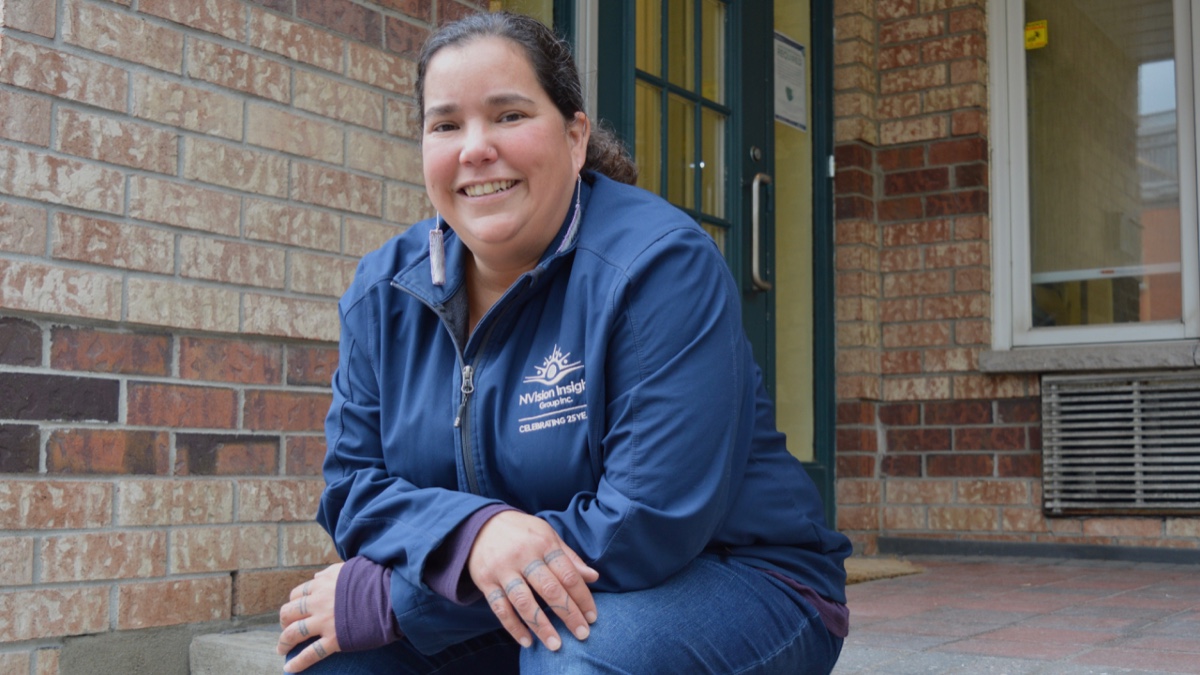 Capital Current is profiling people who are making a difference in our community.

Heidi Langille’s tattoos represent more than just her culture, she says. They are a symbol of her role as a mother.

Langille is an urban Inuk with roots in Nunatsiavut. Unlike her seven siblings, Langille was born in Ottawa. In the 1970s, Indigenous and Northern Affairs Canada was recruiting Inuit to work in the department in the national capital, she explained.

She went to university in Nova Scotia, returning to Ottawa in 2002. These days she lives in Plantagenet, east of the city but she is in Ottawa often.

With experience in two different worlds, she often finds herself explaining Inuit culture to non-Inuit and vice versa.

Langille’s resume is full. She is part of the consulting group NVision Insight Group Inc.. She supports the Land Claim Agreements Coalition and Canada’s collaborative self-government fiscal policy and she teaches Inuit culture. And she helped found the Vanier-based Inuuqatigiit Centre for Inuit Children, Youth and Families.

However, she says that being a mother is her most important job. She has loved each stage of her children’s life and development. “I am particularly fond of the wit and humour and the intelligence of teenagers,” she said.

Her journey as a parent began when she was 20. When Langille’s husband’s ex-wife — and mother of his two children — committed suicide, Langille adopted her husband’s children. But this was only the beginning.

When she gave birth herself, Langille was working at the Inuuqatigiit Centre. She and her husband also started fostering, mainly Inuit children, to promote and preserve the culture.

“When we first started fostering, we were the only Inuit family in Ottawa that fostered, so we really held the space open for Inuit children,” Langille said. There is now another Inuit family fostering in Ottawa, she says.

Tattoos: a story of family and culture

Langille honoured her children through traditional Inuit tattoos on both hands — an tradition that was almost lost, but is being reclaimed. Each dot represents one of her children, including some of the children she fostered for a long time.

“My kids were able to do the dots themselves,” she said. “Some were more gentle than others.”

Her niece used the stick and poke technique — a non-electric method where the ink is administered through a needle pressing ink into the skin one dot at a time. There is also a traditional sewing method where a bone needle or sinew is ran through the soot of a qulliq (a traditional Inuit stone oil lamp) and then sewed into the skin, explained Langille.

“Because Inuit tattoos are being reclaimed, the meanings behind them differ,” she said.

This is one of the many way Langille is able to express her Inuit culture, which is something she thinks should be celebrated more.

The importance of culture

Teaching Inuit games, traditions and throat singing to Inuit and non-Inuit is an important part of Langille’s life. According to her, this is one way to create allies, which is essential since there are only 65,000 Inuit in Canada, according to a 2018 statistical profile.

Growing up in an urban setting as an Inuit child, Langille felt shame since there was a lack of information about her culture. “Oftentimes, I would have to respond that I was Eskimo when people asked, ‘What are you?’ ” she said.

But that feeling has changed. “When I started parenting at 20, I decided then that I did not want those two kids […] to have to feel any sort of shame based on who they are,” she said.

“That’s when I decided I was going to do something about it.”