2 days ago 0 4 min read
We use cookies to provide a personalized experience for our users. By continuing to browse this site, you give consent for cookies to be used.
Got it!
Home > News > Social Issues > Feminist fair-goers explain what feminism means to them 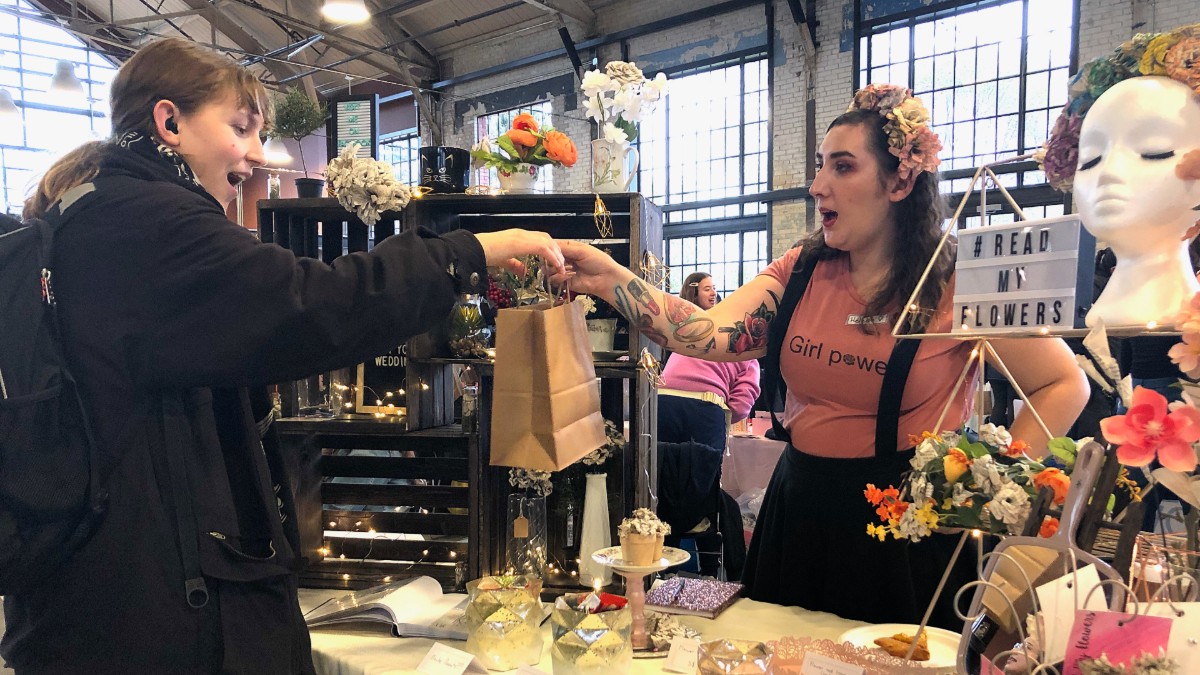 By Emily Koch and Jennifer Prescott, 3 years ago 0 3 min read

They host several events each year to bring together the Ottawa feminist community. Their largest is the annual Feminist Fair, which was held last month and attracted more than 1,000 guests.

The Feminist Twins held their sixth Feminist Fair at Lansdowne, showcasing local crafts and organizations such as Planned Parenthood. The atmosphere was lively and most attendees were willing to share their thoughts on feminism when asked them why it matters.

“I’m a feminist because of my sister, but also because of my old job. It was such a patriarchal job, and I realized it made me feel worse about myself,” says Kayla Spagnoli.

She says she used to be a funeral director, which she describes as a “boys club.” Once her twin sister taught her about feminism, she realized she needed to take a stand and make a change in the world.

“It’s not just women who don’t have equality in 2019. It’s women, trans women, women of colour, indigenous women, women with disabilities. When you compound all those different identities, you have further barriers and discrimination,” explains Jenna Spagnoli.

She says she was influenced by the social media platform Tumblr, which exposed her to the problems women face around the world.

The Feminist Twins says they have a few new event ideas up their sleeves, but they will be taking a short breather after the fair, which raised $4,700 for local support groups and human rights organizations.