4 weeks ago 0 61 min read
We use cookies to provide a personalized experience for our users. By continuing to browse this site, you give consent for cookies to be used.
Got it!
Home > Politics > Fridays for their future: Ottawa sisters call for federal climate action 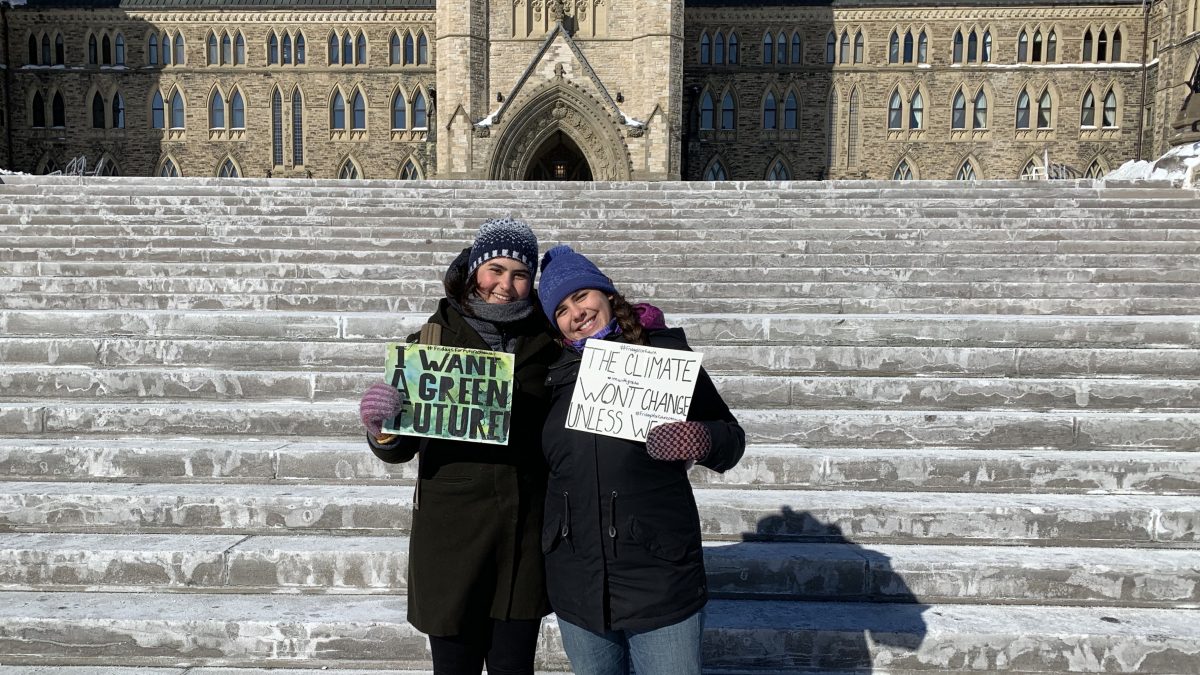 For Mia and Katie Beijer, the time to act against climate change is now. The two are determined to show the federal government their commitment to the environment by protesting on the steps of Parliament Hill – every Friday, indefinitely.

Mia, 15, said the two are following the movement led by 16-year-old Swedish activist Greta Thunberg, who, after skipping school to protest her government’s lack of climate action, influenced thousands of youngs Europeans to do the same.

“After seeing a girl who’s around my age, do something so amazing, I [was] inspired and thought, ‘why can’t I do that?’” said Mia, during a recent outing.

Mia and her sister Katie, 18, hope to influence other young people in Ottawa to join them in “Fridays for Future,” from noon to 1 p.m., during most school lunch breaks. They say they’re proud to call themselves an entirely youth-led movement. Data from Statistics Canada shows that of the largest six cities in Canada, Ottawa was the only one where there was a consistent rise in public activism between 2011 and 2015.

A website for the broader movement, called “Climate Strike with Greta,” advises that youth be the spokespeople for any events held in line with the initiative, whereas adults can help.

“Of course there could be adults supporting us, but it’s our future and it’s our planet we’ll be borrowing from future generations,” Mia said. “We’ll be the ones electing the politicians.”

The pair said they’ve been advocating for a clean environment since their mother took them to protests when they were young, but a recent Keystone pipeline protest is what ignited their passion.

“Mia and I were [on Parliament Hill] the whole day, and we went up on stage with the (Indigenous) elders and the signs we’d made. From there, it really took off,” said Katie.

Mia said she’s upset with the government for not keeping its promises. “The Trudeau government said in [its] campaign that [Canada is] going to make a transition to green, renewable energy and they’ve been in Parliament for [three] years. Now they’re buying pipelines? That doesn’t make any sense,” she said.

Katie said her family does “small things that have a large impact” on lowering their carbon footprint at home, such as only using cloth napkins and bags, and by purchasing local, seasonal foods that haven’t been imported and that use minimal packaging.

“We rarely buy brand new clothes,” she added, noting that most of her family’s clothing has been purchased from thrift stores.

The two are now encouraging other young people to lower their carbon footprints also, and while their campaign has only drawn out a few youth so far, they hope their activism will gain momentum through Facebook. They say they’ll also be putting posters up at university campuses.

Over at Confederation Park saw its own Fridays for Future protest, led by the Citizens Climate Lobby – a non-profit group with chapters in cities across Canada and the world.

The protest drew around 20 demonstrators, a few of whom were youth.

Vanessa Fiore, an environmental sciences student and lead voice for youth in the group, said Canada’s response to climate change has been abysmal, after the Intergovernmental Panel on Climate Change released a report in 2018, stating governments only have 12 years to limit climate change catastrophe.

A previous target set by the Paris Climate Agreement, which the Canadian government signed on to in 2016, was to keep the global temperature from rising two degrees Celsius above pre-industrial levels, and to attempt to limit temperatures from increasing even further to 1.5 degrees Celsius.

“At the targets we’ve set, what we’re doing now is not sufficient,” Fiore said. “We want to spread awareness […] and inspire young kids who want a liveable planet to come out and show the government we care.”

Rolly Montpellier, head of the Citizens Climate Lobby in Ottawa, said youth protests have power to persuade the government.

“It hits people in the gut, because they have kids too,” he said. “Youth have a special message that cannot be pushed away as easily as it’s pushed away from (adults) like me.”

Montpellier said the group’s next protest will be held on March 13, and an organizing committee he is part of plans to hold a nation-wide protest in early May.