4 days ago 0 6 min read
We use cookies to provide a personalized experience for our users. By continuing to browse this site, you give consent for cookies to be used.
Got it!
Home > News > Ottawa > Going electric: Council to vote on replacing gas-powered leaf blowers, trimmers 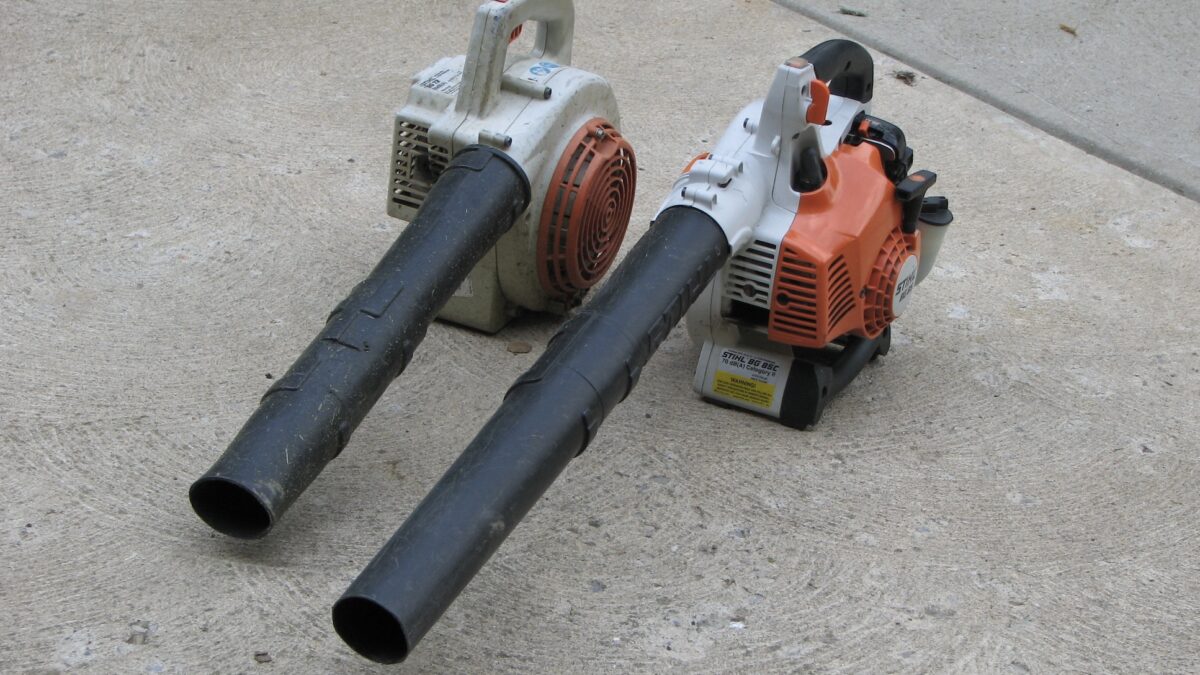 The City of Ottawa is preparing to join the NCC in launching a phaseout of gas-powered leaf blowers and other yard equipment and replacing them with zero-emission electric machines. The city's push has been led by Rideau-Rockcliffe Coun. Rawlson King. [Photo © Wikipedia Commons]
Community

A eco-friendly push by Rideau-Rockcliffe Coun. Rawlson King to begin replacing the city’s gas-powered leaf blowers and other lawn equipment with electric tools heads to city council for approval.

King’s bid to phase out the use of city-operated gas-powered machines was approved by the city’s environment committee in March. Full council votes on April 13.

“Since the National Capital Commission is accelerating its efforts to eliminate the use of gas-powered lawn equipment from all its maintenance contracts, and the city has many reciprocal maintenance agreements with the NCC throughout Ottawa, it makes sense for us to accelerate city efforts to transition away from outdated, harmful technology as quickly as possible,” King stated in a staff report detailing the phaseout plan.

In November, the NCC imposed a ban on gas-powered lawn equipment on its lands starting April 2023.

The commission noted at the time that the ban on leaf blowers, line trimmers, hedge trimmers and small chainsaws would make it “the first jurisdiction in Canada to enact such a blanket policy.”

“At a time when participants have emerged from COP26 in Glasgow with an unprecedented consensus on the increasingly urgent need to take action in response to climate change,” the commission added, “this decision by the NCC accelerates progress toward its objective of reducing vehicle and equipment emissions by 80 percent by 2030.”

“It makes sense for us to accelerate city efforts to transition away from outdated, harmful technology as quickly as possible.”

Geneviève Mercier, the NCC’s chief of sustainable development, said the impact the ban will have on the NCC’s total CO2 emissions isn’t clear yet.

“We need to calculate our carbon footprint on maintenance projects, which is something we have not done yet,” she said.

But greenhouse gas emissions aren’t the only thing that the NCC is planning to reduce with this  “gas ban,” she noted.

“The benefits of this ban go beyond just reducing GHG emissions, but will also have a significant impact on reducing noise that may affect the public and nearby neighbourhoods.”

The planned replacement of gas-powered tools in City of Ottawa maintenance operations is also meant to combat emissions and noise pollution.

“Consider how frequently the city uses leaf blowers in public parks, near schools, or to maintain other public spaces,” King stated in the city report. “Beyond the air pollution concerns, these engines operate at a decibel level and frequency that the World Health Organization has determined to negatively impact our health.”

Efforts are also being made at the federal level to reach a “zero-emission standard” for leaf blowers and other equipment, with Environment and Climate Change Canada regulations “aiming to have all prescribed new equipment zero emissions by 2028.”

Thirty per cent of the fuel from leaf blowers fails to undergo complete combustion allowing air pollutants such as carbon monoxide, nitrous oxides and hydrocarbons to escape and contribute to air pollution.

“The combination of nitrogen oxides, volatile organic compounds (VOCs), and sunlight contributes to the creation of smog, which is a major health/air quality issue.”

“The combination of nitrogen oxides, volatile organic compounds (VOCs), and sunlight contributes to the creation of smog, which is a major health/air quality issue,” Kaitlin Power, a spokesperson for the federal environment ministry, said about gas-powered leaf blowers and other tools.

The environmental impact of phasing out these machines is not enormous in the context of overall carbon emissions. They “account for 0.5 per cent of Canada’s total greenhouse gases (GHG) that contribute to climate change,” said Power.

“It’s hard to specify exactly what the numerical (emissions) value would be in terms of creating this ban,” she said. “But it’s very obvious that given that there are so many different negative effects that come from gas-powered tools, that this would be a very positive step.”

Badruddin said the next important step in reducing the city’s carbon footprint is implementing “15-minute neighbourhoods” to encourage huge cuts in CO2 emissions from cars.

“This concept of having everyone accessing essential services which can all be found within close proximity to you reduces the need to have to drive everywhere,” said Badruddin. “There are different ways of organizing and planning a city.”