4 days ago 0 6 min read
We use cookies to provide a personalized experience for our users. By continuing to browse this site, you give consent for cookies to be used.
Got it!
Home > News > Ottawa > Governments ‘not doing enough’ to control Canada’s worst invasive plant, experts say 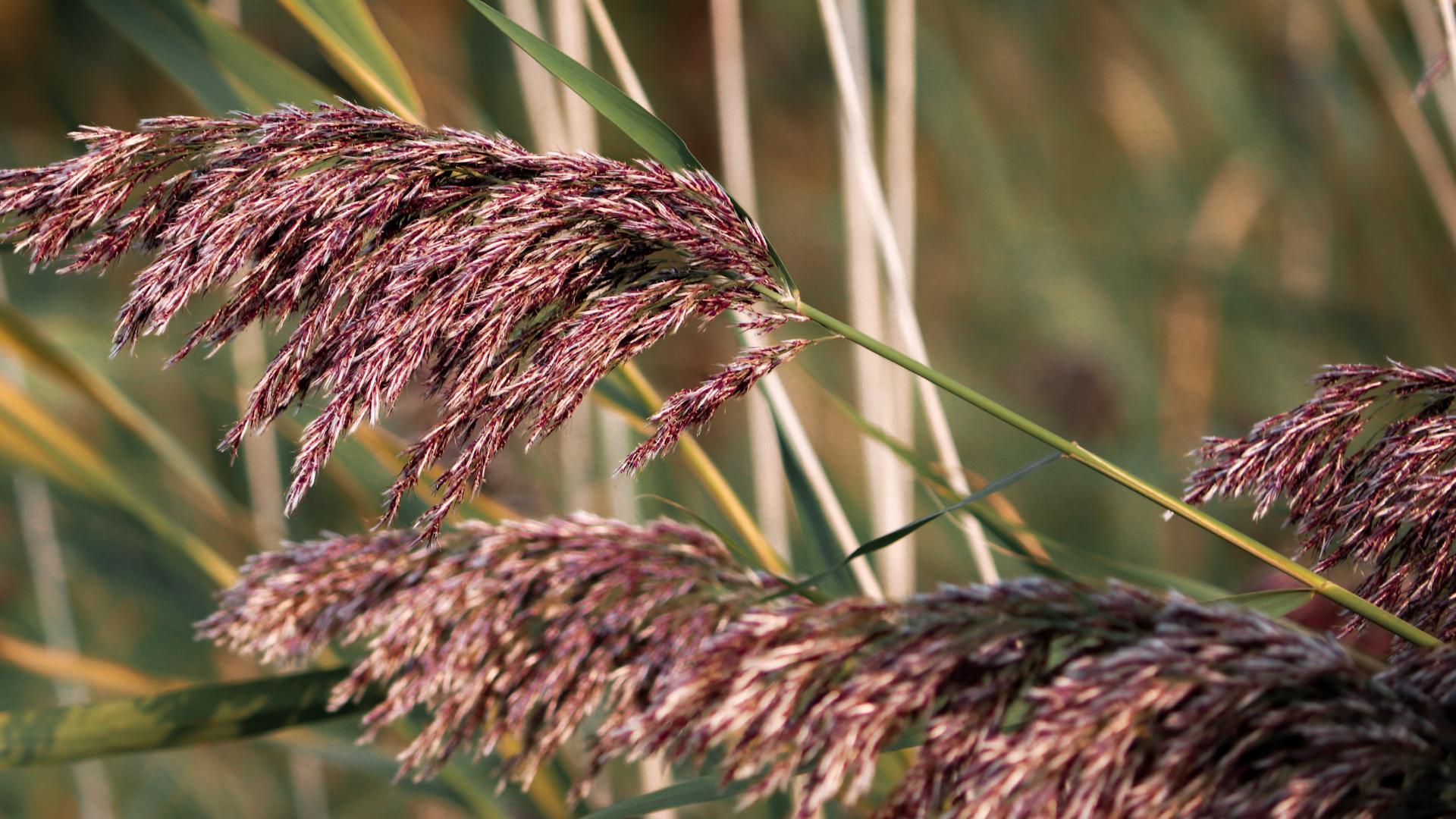 A patch of the reedy invasive plant Phragmites australis waves in the breeze along Longfields Drive in Ottawa. The plant can be found along many roadside ditches across the city. [Capital Current Photo © Samantha Pope]
Canada

As Canada’s worst invasive plant species continues to rapidly take over local ecosystems, experts say municipalities like Ottawa aren’t doing enough to control its spread — and a lack of proper herbicide may be one of the culprits.

Before the 1970s, a maroon-coloured phragmites was a rare sight in Canada. Now, the tall invasive reed grass is out-competing native species for water and nutrients, releasing toxins, killing surrounding plants, threatening species at risk, increasing fire hazards, harming agriculture and causing road hazards across Ottawa and Ontario, according to the provincial government.

When Janice Gilbert, executive director of the Ontario-based Invasive Phragmites Control Centre and co-chair of the Ontario Phragmites Working Group, started assessing wetlands across the province in the early 2000s, she said “alarm bells” started going off in her head.

“I was in wetlands that should be full of different plants, insects and birds, but it was like a dead zone. There was just no sign of wildlife at all,” she recalled, adding there have been times she has found dead turtles in patches of phragmites because they get trapped in the reeds and starve.

Though the Ontario Invasive Plant Council says 25 per cent of species at risk in Ontario are threatened by invasive phragmites, Gilbert says the municipal, provincial and federal governments aren’t collectively doing enough to tackle this issue. A big reason is because herbicides that are meant for wetlands are not available in Canada, although they have proven to be effective in the United States.

“As a wetland ecologist, using herbicides didn’t come easily for me,” Gilbert said. “But I started to do my own research on what they are using in the States and that’s when I started getting comfortable with the use of herbicides.”

Pairing herbicides with other removal methods such as mowing, dredging, draining and burning are effective management tools, she said. However, just using the latter methods can be ineffective if the roots are left intact.

The consequences of letting phragmites spread can far outweigh the negative effects of pesticide use, Gilbert said. If the herbicides are used by people who are qualified and experienced, it can help safely manage the spread, she said.

But, she added it’s not that simple. In Ontario, there are only two products that can be used to deal with phragmites but neither is safe to use in wetlands because of the chemicals used, she explained.

Phragmites can be found across the Ottawa area, mostly on undeveloped private lands, the City of Ottawa’s media relations department stated in an email. However, there is no maintenance program to deal with it because the municipality said it is “not a noxious weed.”

What are other cities doing?

While the City of Ottawa isn’t acting, Gilbert said there are other Ontario municipalities that are much more active in dealing with phragmites. London, for example, has a plan to deal with invasive phragmites.

“They’ve recognized that the longer they leave it, the more it’s going to cost to deal with it,” Gilbert said. “It’s unfortunate Ottawa doesn’t understand that they need to get going with it. There’s a lot of control that can take place with the tools we have available right now.”

The City of Ottawa needs a plant management strategy for phragmites, says Iola Price, a retired biologist living in Ottawa and volunteer with the Ontario Invasive Plant Council. She added the city had started work on one before the COVID-19 pandemic hit.

“There have been workshops that we have held for Ottawa where we outlined why phragmites is harmful, so the city is well aware of the problem,” she said.

There is an incentive for Ottawa to deal with phragmites. Left unattended, the plant can break up roads and fill ditches, which can cost municipalities much more to clean up the damage, she said.

Though Ottawa does not have access to the proper herbicides, a wetland-friendly herbicide has been used for the past five years at Long Point and Rondeau coastal marshes in an emergency use program. The Ontario Ministry of Natural Resources and Forestry has recognized invasive phragmites as a significant threat to biodiversity and species at risk in those sensitive regions.

The company that makes the product is not making it available in Canada right now, but there is hope, Gilbert said. BASF, a German-based multinational chemical producer, has been marketing what it calls a “practically non-toxic” wetland herbicide, Habitat, in the United States for decades to deal with the spread of invasive phragmites.

About four years ago, BASF applied to have it legalized in Canada and are now close to having it come up for public comment, she said.

“That’s why public understanding and education on this tool is so important,” Gilbert added, “because we absolutely need these herbicides to effectively control this species.”

One organization that has been educating the public on this plant since 2007 is the Ontario Invasive Plant Council, led by Executive Director Belinda Junkin. In 2019, the Progressive Conservative government cut funding to at least nine programs committed to fighting the spread of invasive species in Ontario, including this one.

“We went from receiving $100,000 a year to zero. We were totally caught off guard with no warning,” she said. “So, that left us in a really precarious position because we were very dependent upon that for outreach and education about this plant.”

Now, the organization is surviving off best management practice guides it has produced and other smaller contracts that have generated some revenue, she added.

“The plants don’t know that there’s a budget, they’re still growing. They’re very happy,” Junkin said. “Anytime that we’re not making progress gives the plants and the base of plants an opportunity to grow and spread.”

‘I was in wetlands that should be full of different plants, insects and birds, but it was like a dead zone. There was just no sign of wildlife at all.’

Cutting funding to programs committed to fighting the spread of invasive species will also cost the government more in the future, Junkin added. The maintenance required to deal with this plant long-term using herbicides is much less, she added, than short-term solutions such as burning.

Though the Ministry of Natural Resources and Forestry didn’t respond directly about why funding was cut for the OIPC, the MNRF’s senior media relations officer, Jolanta Kowalski, stated in an email that the ministry “continues to support efforts to reduce the spread and impact of invasive species, like phragmites, in Ontario.”

For example, she said, phragmites is a restricted invasive species under the Invasive Species Act, meaning it is illegal to import, deposit, release, breed/grow, buy, sell, lease or trade phragmites in Ontario.

“We will continue to work to protect Ontario’s natural environment from the harm invasive species pose,” Kowalski stated.

Historically, many people have considered phragmites to be a beautiful addition to their planters, purchasing them as an ornamental plant in some garden centres. Now, Gilbert and Junkin are hoping the community can be part of the solution to control the spread, not propagators.

“It’s going to take a long time to really knock it back, but my goal is to get the phragmites back to 1970s levels in the province,” Gilbert said, explaining it could take many years before that happens. “That’s what I would love to see before I retire.”