2 weeks ago 0 1 min read
We use cookies to provide a personalized experience for our users. By continuing to browse this site, you give consent for cookies to be used.
Got it!
Home > News > Growing city may amplify threat to local environment, experts say 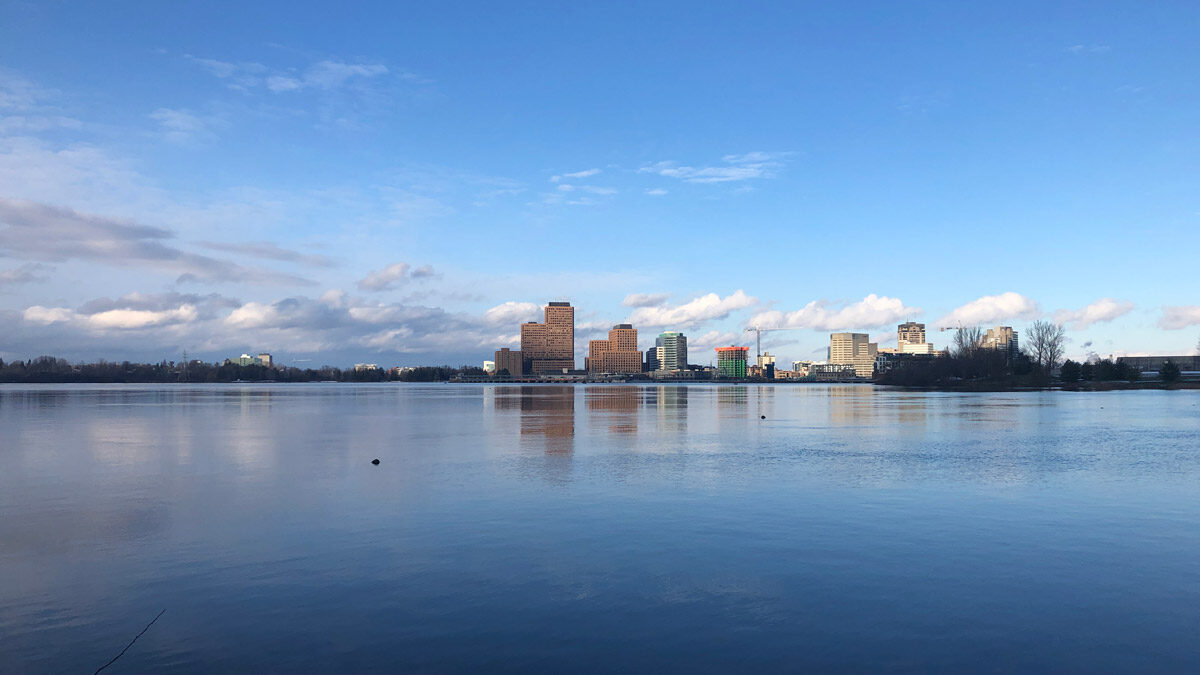 A view of the Ottawa River from the Capital Pathway, which is maintained by the National Capital Commission and is one of the green spaces that's seen an uptick in use since COVID-19 began. [Photo @ Rebecca dePencier]
News

The population growth rate for Ottawa was 8.9 per cent for the five year period covered by the census, making it the fourth most populous municipality in the country, behind Toronto, Montreal and Calgary.

This comes as no surprise to the City of Ottawa. It began work on a new Official Plan in 2019 to guide the growth and development of the city over the next 50 years.

But a growing urban population has the potential to strain Ottawa’s green spaces and environment, especially since COVID-19 has already caused an increase in traffic on outdoor paths in the city.

“If we reduce our individual impact, even through collective policies, but the population continues to grow and we don’t account for that, we’re not actually going to achieve the overall environmental targets that we need to set as a community.”

Dominique Huras of the National Capital Commission says the NCC has seen a significant increase in people using its recreational outdoor space during the last two years.

“Whether it’s the greenbelt, whether it’s the pathways, winter, summer, pretty much all of our assets have seen an increase in usage because people want to get out and do activities, especially when we’re in lockdown situations,” Huras said.

The NCC has done its best to make its spaces readily available by changing programs like the former Sunday Bikedays into Weekend Bikedays, adding another day of car-free access to various parkways for bikers, roller skaters and walkers.

“We’re always striving to create more space for people,” says Huras. “But we also have a conservation mandate. So offering more while still conserving land as much as possible.”

A rise in population could also bring current climate goals into question. Josh Snider, executive director of Ecology Ottawa, explains that if current solutions aim to cut the average citizen’s carbon footprint down, multiplying the outcome by more people diminishes the success.

“If we reduce our individual impact, even through collective policies, but the population continues to grow and we don’t account for that, we’re not actually going to achieve the overall environmental targets that we need to set as a community,” says Snider.

One of the priorities of the new Official Plan is the creation of 15-minute neighbourhoods where services, amenities and businesses are within easy walking distance. Ecology Ottawa supports this initiative and hopes the city can follow through on the outlined climate targets.

“On one hand, it’s exciting to see the Official Plan taking climate environmental issues more seriously,” says Snider. “But on the other hand, we’re not necessarily seeing a commensurate level of commitment in terms of dollars.”

Though the Official Plan will guide development for the next 50 years, these climate goals can’t be completed fast enough.

“A number of folks in the community feel that delaying is the new denial of climate,” says Snider. “The city is moving in the right direction, but not nearly fast enough.”