2 days ago 0 4 min read
We use cookies to provide a personalized experience for our users. By continuing to browse this site, you give consent for cookies to be used.
Got it!
Home > Health > Having diabetes means battling the disease — but also misinformation 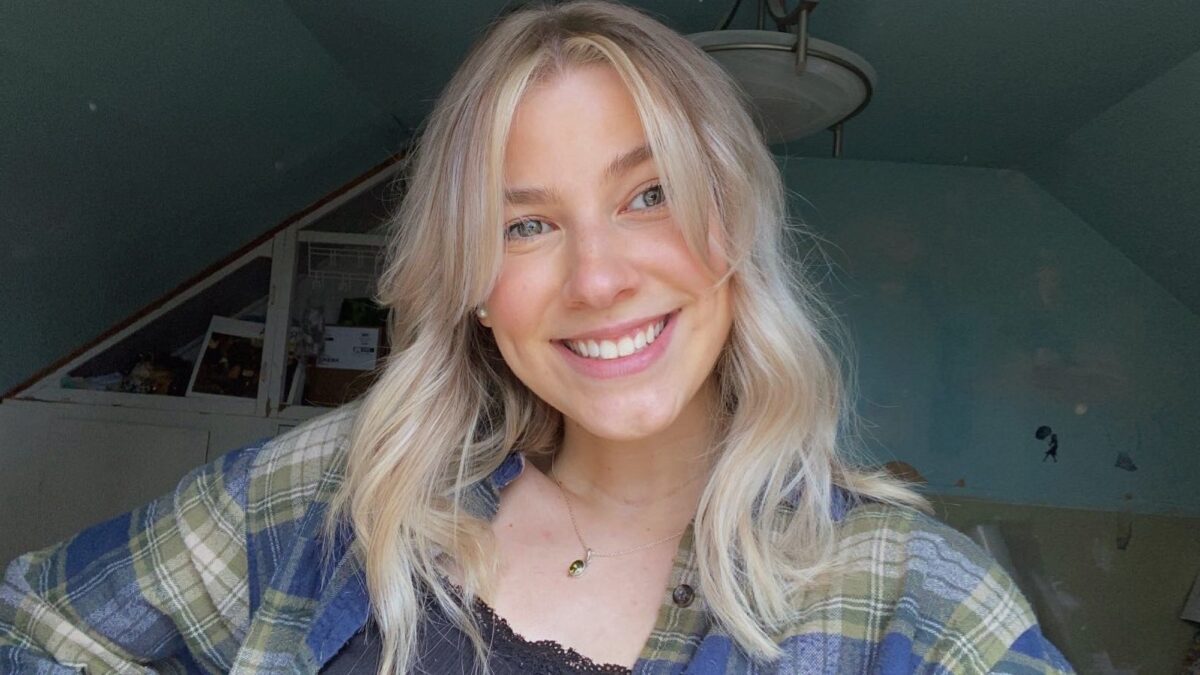 Capital Current reporter Nicole Beswitherick was diagnosed with Type 1 diabetes at age 5. Since then, she says, she's been living with the autoimmune disease while confronting many people's misconceptions about the causes and impacts of diabetes. [Photo courtesy of Nicole Beswitherick]
Commentary

Having diabetes means battling the disease — but also misinformation

My life changed dramatically one day when I was in kindergarten.

On March 20, 2006, my parents rushed me to Grand River Hospital in Kitchener in our old, run-down, green Pontiac Grand Am. This was moments after we’d gone to our local clinic and our family doctor had pricked my finger, drawn a little drop of blood, and run the sample through a glucose monitor that was described to me as a “blood checker.”

It was 10 days after my fifth birthday. I was scared. Why was I going to Kitchener? Why were we going to the hospital? And why did I feel so ill?

That’s when I found out I’d been diagnosed with Type 1 diabetes.

When my family doctor checked my blood-sugar levels, the reading had been extremely high — about 40.2 millimoles per litre, a unit of measure that shows the concentration of a substance (in this case glucose) in a specific amount of blood.

For reference, an average, healthy individual should have a blood-sugar concentration of between 4.9 and 7.0 mmol/l.

Going into that clinic, I was days away — maybe even hours away — from going into a diabetic coma. Luckily, there is a genetic history of diabetes in my family, so my parents recognized the signs and knew when to take me to get medical help.

I had to stay at Grand River for five days while my doctors figured out how to treat my newfound disease. I remember my family kept visiting me in the hospital, bringing me new toys.

My dad brought me cheese strings for the first time — and man were those things tasty. I even made a new friend with a girl down the hall as her mom was in the hospital with a newborn child.

I was feeling depressed — even at age 5 — in what my family and doctors explained was a natural reaction to the emergence of this illness. Feeling that way is a normal response for kids who had just been diagnosed with a life-changing disease.

I have now been living with diabetes for almost 17 years. As the years pass, I learn more and more about how my body reacts to my autoimmune disease, and I have also learned what others know — and don’t know — about diabetes.

My uncle told me years ago that when I was diagnosed, one of his co-workers assumed that I must have been obese. That’s why I got diabetes, he assumed — not because my pancreas had stopped producing natural insulin, which is what actually causes diabetes. Instead, a stranger assumed I was badly overweight.

The pancreas, located between the stomach and the spine, normally produces a hormone called insulin that is needed to regulate the body’s absorption of glucose from a person’s blood. When the pancreas stops producing insulin because of a genetic predisposition to shutting down, it causes Type 1 diabetes.

The disease can also cause other health problems later in life, such as heart disease, vision loss and kidney failure.

There’s a different form of the disease — Type 2 diabetes — that can be triggered by factors such as diet and weight. Anyone can get diabetes, but Type 1 — often diagnosed in childhood — is not preventable. And a person with diabetes can otherwise be completely healthy.

‘When my family doctor checked my blood-sugar levels, the reading had been extremely high. … Going into that clinic, I was days away — maybe even hours away — from going into a diabetic coma.’

At age 35, my father was diagnosed with Type 1 diabetes. That news came a year after my own diagnosis. The disease is more typically detected in adolescence. But it was not because my father had weight or diet problems often associated with Type 2 diabetes; it was because his pancreas quit on him, too. So both of us rely on insulin from the pharmacy rather than the natural insulin our bodies are supposed to be making.

In nearly two decades of living with this disease, I’ve learned that while about people might have heard of diabetes, they don’t realize how many people are affected by diabetes or prediabetes — 11.7 million Canadians, or 1 of every 3 people living in the country, according to Diabetes Canada.

Still, many people do not actually know what the disease is or what causes it.

Going to birthday parties growing up, many parents were hesitant to give me a slice of birthday cake. “Oh, you can’t have that,” they’d say, knowing I was diabetic. But this is simply not true.

Two years after my diagnosis, I was introduced to the insulin pump. This allows diabetics to have fewer pokes going into their bodies, and the pump does all of the math needed to make sure one is getting the correct amount of insulin. This replaced my pen needles with which I had been poking myself in the arm or leg three or four times a day.

I had this device when I was attending those birthday parties as a kid. Diabetics need to be careful about their carbohydrate and sugar intake, but ultimately, we can eat whatever we want as long as we are taking in the right amount of insulin.

There is a lot of misinformation and jokes surrounding diabetes, and many diabetics see it in their everyday life. There are many TV shows and movies, for example, that have characters saying things like, “You might get diabetes if you eat that,” or, “That plate of food looks like it will give me diabetes.”

I remember an example from when I was younger — Hannah Montana, a popular TV show on Disney Channel starring Miley Cyrus. In the third season, one of the main characters, Oliver, is diagnosed with Type 1 diabetes.

Thinking this will be a fantastic episode, titled “No Sugar, Sugar”, I was soon saddened by the fact that the two other main characters, Miley and Lilly, try to prevent Oliver from eating anything sweet. This idea that diabetics can’t eat sugar is, again, just not true. When a diabetic has low blood sugar, they actually need something sweeter or with more carbs so they can avoid going into a diabetic coma.

This is what happens in the show when Oliver is needing something to get his blood sugar up while at a party, and Miley and Lilly keep swatting cupcakes out of his hand. Although this is not a real-life scenario, it highlights a common misconception about the disease among non-diabetics.

Cyrus Hutnyk, a fellow journalism student at Carleton University, is also a Type 1 diabetic. He was diagnosed about 10 years ago, and said he also has issues with people not understanding the disease.

When asked what they don’t realize, he says: “It impacts every aspect of my life. … There’s no escape, it’s always present.”

There are lots of ways to learn more about diabetes, and using resources like the websites of Diabetes Canada or the Juvenile Diabetes Research Foundation — JDRF — is a good way to start.

It’s worth remembering that startling statistic — 1 in every 3 Canadians is affected by diabetes in one way or another. Simply asking a diabetic or someone you know who has knowledge of it is another great way to be informed.

So, a quick recap: Diabetes is caused by the pancreas organ no longer producing insulin. You do not get diabetes from eating too much sugar. Not all diabetics are overweight. Diabetes is a life-threatening disease for which there is no cure.