3 days ago 0 4 min read
We use cookies to provide a personalized experience for our users. By continuing to browse this site, you give consent for cookies to be used.
Got it!
Home > Racism > How the media’s stereotypical portrayal of East Asian women warped my storytelling 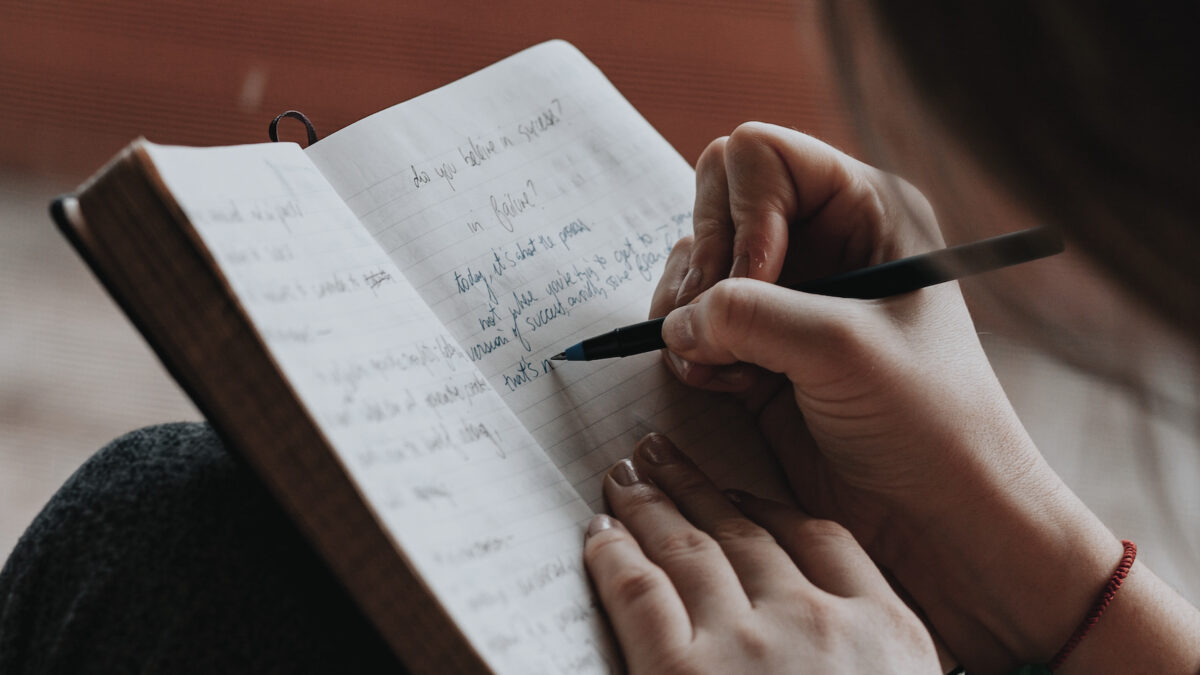 Capital Current reporter Malisa Thoudsanikone is an aspiring writer of Taiwanese and Laotian descent. For several years, her fiction writing on the literary platform Wattpad has been impacted by the media's stereotypical representation of East Asian women. [Photo © Marco Paulo Pradas/Unsplash]
Commentary

By MalisaThoudsanikone, 1 week ago 0 6 min read

For nine years as an East Asian writer on the literary platform Wattpad, I’ve lived vicariously through the eyes of a white girl.

She was always the blonde and blue-eyed protagonist who represented me in every one of my stories. For me, writing as a white protagonist was as automatic as breathing. I never questioned why that was.

In a recent episode of her podcast, Archetypes, Duchess of Sussex and former Suits actress Meghan Markle called on comedian Margaret Cho, CNN broadcast journalist Lisa Ling and sociologist Nancy Yuen to dismantle the harmful representations of East Asian women in the media.

In the Oct. 4 episode titled “The Demystification of Dragon Lady with Margaret Cho and Lisa Ling,” Yuen shed light on the difference between the way East Asian women and white women are portrayed.

I paused the podcast with wide, startled eyes. As Yuen’s commentary sank in, every story I’ve ever loved suddenly flickered through my head.

There was red-haired Kate Winslet as a headstrong and love-stricken socialite in Titanic. There was Sandra Bullock as a passionate, cutthroat editor-in-chief in The Proposal. There was Bette Midler as a wicked, overzealous witch in Hocus Pocus.

In the popular comedy film series Austin Powers, we are portrayed as dimwitted, flirtatious women who cater to a white man’s oriental fantasy. On the TV show Gilmore Girls, we’re the uptight tiger mom guarding our daughter’s innocence from the corrupt American boys, or, most commonly, we’re the odd and timid sidekick thrown in for laughs like Lilly Onakuramara in the movie Pitch Perfect.

When I thought about the names for these tropes, I started noticing a pattern: dragon lady, the dangerous and seductive Asian woman who hungers to take down the protagonist; the tiger mom, the overly strict and controlling Asian parent and madame butterfly, the passive and naïve Asian girl who has very little to say.

All of these reductive tropes associate Asian women with an animal or a creature. In the eyes of the media, we’re not even human. These representations were the only ways I ever saw myself in a story when I was growing up and they left a mark on the people who consumed that content.

I was 12 when I first realized that. In the awkward age of shiny braces, growth spurts and daydreaming about your crush, my best friend told me she knew a guy who was perfect for me.

I remember leaning over her shoulder, my ear pressed to the house phone as she called him. She babbled away at every detail about me: how much I made her laugh, how fun I was to have around when the days passed by too slowly.

My smile dropped as he hesitated. A nervous laugh sounded from the other line. “Asian? Like that weird chick from Pitch Perfect? Ugh, gross! Never mind. Big pass.”

At that moment, I started to believe my Asian identity erased everything that made me valuable.

I began to see my own race with the same contempt and shame because those perceptions were everywhere. They were broadcast on the movies and TV shows I watched. They were influencing the people I went to school with.

The impact of the phone call and the stereotypes of East Asian women in the media seeped their way into my storytelling.

Whether I was writing about ordinary teenagers or powerful witches, the protagonists representing me in the story were always tall white girls with sleek blonde hair. I believed this protagonist was the only way I could have a place in these imaginary worlds without ridicule. She had no shame attached to her identity, no stereotype, no caricature. She had full freedom to be anything she wanted. She would be accepted and loved by the readers I wrote for.

She became my protagonist for nine years as I published stories on Wattpad. I kept writing about her until I had completely forgotten why I had made that decision in the first place. What used to be a deliberate, creative choice became a thoughtless pattern I followed out of muscle memory.

I never fully grasped why I had been ashamed to write my own race into a story. The Markle podcast episode helped me address the internalized racism I had repressed for so long, and finally move forward.

Because of these stereotypes, my imagination had been twisted to see a predominantly white world where I wasn’t good enough to exist.

It all stopped when I was 17. By that time, more positive representations of East Asian women appeared on screen, and they changed my perspective on writing Asian characters.

But I never fully grasped why I had been ashamed to write my own race into a story. The Markle podcast episode helped me address the internalized racism I had repressed for so long, and finally move forward. Most importantly, listening to Cho and Ling challenging the stereotypes in their careers and thriving with such pride in their identities, inspires me to do the same.

It’s embarrassing to admit the shame I had once felt for my own race. However, I know that the journey of fully embracing who you are often involves confronting uncomfortable truths. Although I have so much pride in my identity, I am still acknowledging and unraveling the internalized racism in my stories one word at a time.

It is an emotionally challenging journey, but I am hopeful about its impact.

With every daydream I have for a new story, I always see an East Asian girl proudly staring back at me. She’s a fearless girl striking up dangerous deals with the dead, or she’s a closeted bisexual teenager navigating her feelings for her best friend. At the end of the day, she has the freedom to be whoever she wants to be and I hope to see her appear on bookshelves one day.