2 weeks ago 0 1 min read
We use cookies to provide a personalized experience for our users. By continuing to browse this site, you give consent for cookies to be used.
Got it!
Home > Sports > Ottawa Titans determined to make the capital a true baseball town 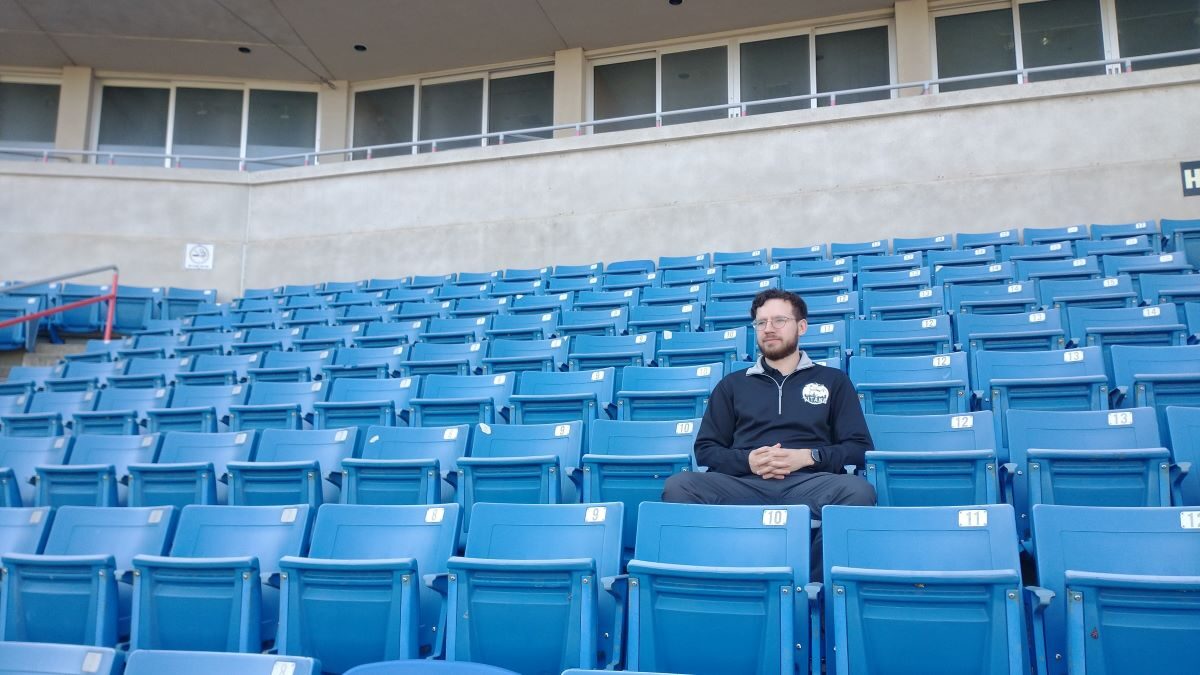 Ottawa Titans GM Martin Boyce sits in RCGT Park and reflects on the season past and looks forward to next May when baseball starts up again. Boyce and the Titans' front office are hoping to create a lucrative, entertaining follow-up to their 2021 season. [Photo © Jonah Grignon]
Sports

The Ottawa Titans, the fifth, have only played one season at RCGT Park, but Titans’ management says this could be the team to fill the bleachers and make Ottawa a true “baseball town.”

The Titans play in the Frontier League, a professional baseball organization partnered with Major League Baseball, with teams from Trois-Rivieres to Illinois. They finished their freshman season with a 56-39, record, making it to the league semi-finals.

Davide Disipio, the Titans’ media manager and broadcaster, interacted with fans throughout the season. He says the club’s success is all about that audience.

In August, the Titans averaged more than 1,200 fans per game. In September, that number climbed to more than 3,400. RCGT Park seats 10,332, leaving lots of room for increased attendance.

“We obviously had our goals going into the season and we met some of them, didn’t meet some of them,” Titans General Manager Martin Boyce said, “but we understood that you’re not going to meet every single goal you set out.”

Fan interaction and engagement were key aspects of the attempt to build a strong local fan base, said Boyce. He said the front office frequently reached out to season ticket holders and regular fans to ask for feedback.

“We were genuinely impressed with the engagement from the fans and we loved hearing the feedback from the fans, those who came multiple times and said ‘Wow, look at this improvement’ and they’d thank us for our efforts.”

“Even if we didn’t get all the way there, it does mean a lot to us.”

Getting “all the way there” could mean analyzing things such as parking, concessions and group outings for businesses, finding what didn’t work and improving upon it, said Boyce.

The Titans held several theme nights for fans during the season, including country night, francophone night, all-Canadian night and breast cancer awareness night, for which the players wore pink jerseys.

Darren Jerome and his wife, Gwen Barton, Titans fans who billeted team members over the season, said the focus on pleasing fans was important for them.

“The games we attended were both fun and exciting, and the Titans did a lot of the little things well to maintain fan engagement,” Jerome wrote in an email on behalf of the couple. Those “little things” included after-game autograph sessions and the antics of the team’s mascot, Cappy, he added.

“The fan experience is far more intimate with a minor league team. Although the calibre of play is not quite the same as MLB, the quality of baseball is still good and, for the average fan, not a lot different than the majors.”

“Things like the contests, promotions, family-friendly entertainment, concessions and in-game announcers can have a huge impact on the fan experience,” Williams said.

“I feel these things can be more important than winning and the team on the field. If the games are fun and engaging, fans and families will return regardless of the team’s performance.”

The question remains whether Ottawa can become a true baseball town — a city with a lasting, dedicated fanbase. Boyce is optimistic.

“Ottawa is a very large city in terms of population, and if cities with half the population, a tenth of the population, can have successful baseball teams in town, then there’s no reason that Ottawa shouldn’t be able to do the same. We fully believe, as the Titans, that the fans are out there. They don’t have to be baseball fans, they can just be fans of fun. We know that we will be putting on great entertainment again this next season, it’ll be better than this season.”

Disipio’s answer to whether Ottawa is a baseball town? “I know it is.”