2 days ago 0 4 min read
We use cookies to provide a personalized experience for our users. By continuing to browse this site, you give consent for cookies to be used.
Got it!
Home > News > Ottawa > Images of Remembrance: Canada honours the fallen 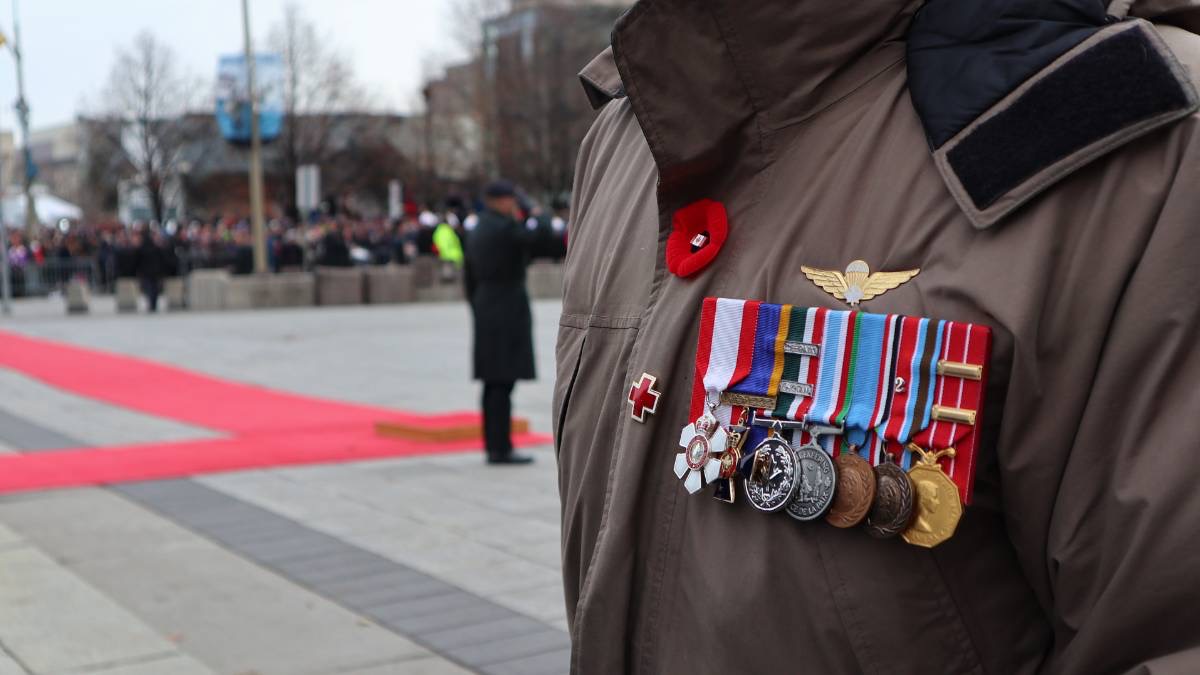 Veterans wore their military uniforms and medals as a way of signifying their roles in conflict zones. (Photo © Josie Costigan.)
Canada

By Megan Costa and Josie Costigan, 3 years ago 0 2 min read

It was a frigid Monday morning as thousands gathered at the National War Memorial in Ottawa to honour those who lost their lives in Canada’s wars. Veterans and cadets marched down Wellington Street to the memorial to begin the country’s largest Remembrance Day ceremony. Prime Minister Justin Trudeau, his wife, Sophie Grégoire Trudeau, and Gov. Gen. Julie Payette were in attendance along with Chief of the Defence Staff, Gen. Jonathan Vance, and other dignitaries. This year’s Silver Cross Mother is Reine Samson Dawe, whose son, Captain Matthew J. Dawe was killed in action in Afghanistan in 2007.

Images of the wreaths that were prepared and laid at the National War Memorial on behalf of various organizations and countries. (Photo © Megan Costa)

Honouring the fallen at the National Military Cemetery