2 days ago 0 2 min read
We use cookies to provide a personalized experience for our users. By continuing to browse this site, you give consent for cookies to be used.
Got it!
Home > News > Ottawa > In wake of attack in New Zealand, Ottawa community comes to terms with Islamophobia 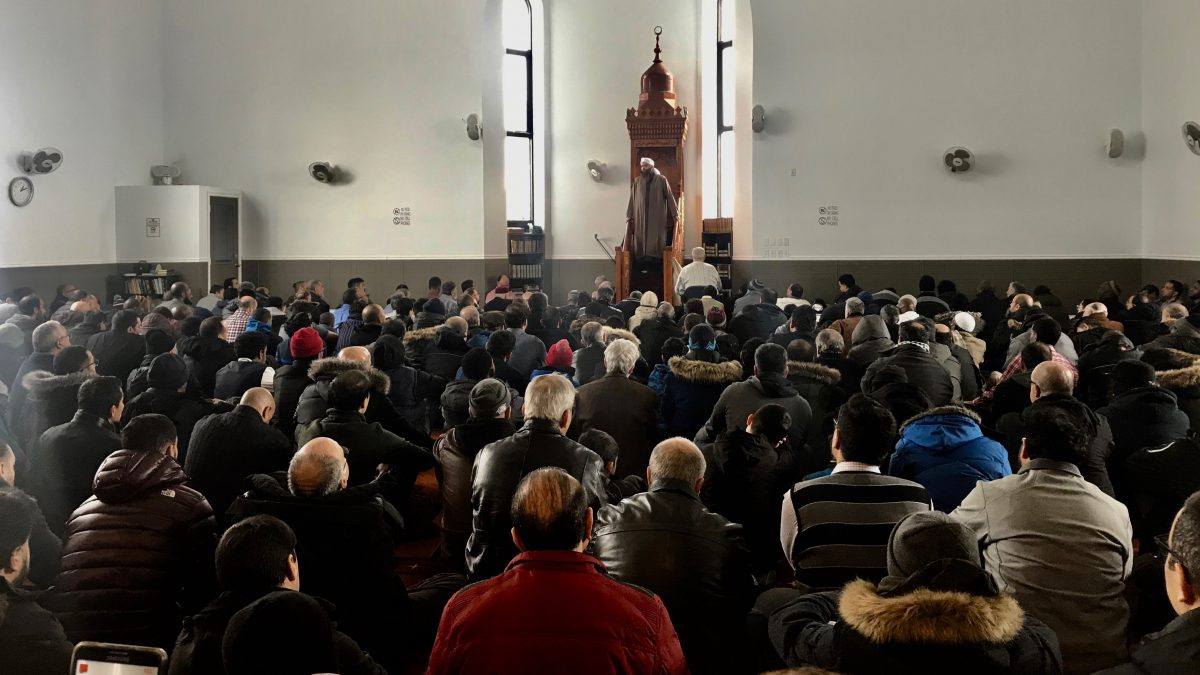 On a recent Friday in March, the Ottawa Mosque on Northwestern Avenue looked busier than usual. The parking lot was packed and those who arrived later struggled to find parking.

A middle-aged man, holding the hand of a young boy, strode towards the mosque. He was explaining, in broken English and partial Arabic, to the young boy why there was no parking available and why so many police vehicles were present. Perhaps, he was explaining to the boy the connection between the Muslim community in Ottawa and the deadly attack on two mosques in Christchurch, New Zealand that had left 50 worshipers dead.

The mosque was busier not only because of all the people who had come to pray but also because of the government officials and residents from the area who had gathered to show their support to and express their sympathy with the Muslim community in Ottawa.

Among the more than 100 people of various faiths that had gathered at the mosque were Ellen Derry and Ron Woods, who have lived in the neighbourhood for 30 years.

Ellen and Ron were shaking from the cold but were standing in front of the mosque for more than an hour to make a statement. Their message is that every man and woman should “stand up and tell politicians that this is unacceptable,” as  Derry put it. She believes that Islamophobia and hate are spreading around the world, which has made her concerned about the future.

“An attack happened in Quebec City and I don’t want it to happen here,” Derry said

Woods also thinks that it’s the right time to stop the spread of hate before it gets out of control.

“Unfortunately hate is growing around the world, the politicians are being selective and shifting to right-wing politics,” he said. Despite this, Derry and Woods are optimistic that Canada will continue to be a home for people from all faiths.

Inside the Ottawa Mosque, hundreds of worshipers were sitting crossed-legged, listening to Imam Sheikh Majed Jarrar, who led the Friday sermon and prayer.

In his sermon, Jarrar told his followers, in a reference to the Quebec City and Christchurch shootings that “this will not stop us from coming to the mosque.”

He said he was more hurt to know that the Christchurch attacker was inspired by the Quebec shooter. According to Jarrar, after the Quebec shooting in 2017, there was some short-lived concern among the Muslim community in Ottawa. But then “even more people started regular attendance to the mosque, something that is very pleasing, that these attacks do not curb people’s faith,” he said. But he added that members of the Muslim community across the country have taken serious security measures to prevent further attacks.

On the other side of, the city, in Cumberland, the Ahmadiyya Muslim community,  a small sect within Islam, has taken a different approach. After the Christchurch attack, they launched a campaign called Visit a Mosque.

Farhan Iqbal, the Imam of the Ahmadiyya mosque, was hosting visitors with a cup of tea or coffee, giving a tour of the mosque to every individual and explaining how closely they live with other residents in the area. Islam, Iqbal told a group of visitors, is not a religion of violence and Muslims are not different from other Canadians.

“Islam teaches us that loyalty to your country is part of your faith,” Iqbal said. Although he is concerned about the spread of Islamophobia in the West, he believes most Canadians don’t fear Islam.

“There is a small percentage who fuel fears of Islam. We are trying to ensure that the small group does not grow,” he added.

Iqbal believes those who are concerned will stop fearing Muslims if they reach out to the community. He thinks not only ordinary Canadians but also Canadian politicians and other officials need to get more knowledge about Islam. “Certain ministers and some members of Parliament said certain things about Islam which were concerning to me that they don’t have enough knowledge of Islam,” said Iqbal.

For Iqbal, terrorism does not have a religion, no matter the background of the attackers and haters. Iqbal thinks social media fuelling hatred and there is a need for regulation on social media. He said he believes anyone who kills innocent people is a terrorist. The slogan of his mosque is very clear: Love For All, Hatred For None.