12 hours ago 0 1 min read
We use cookies to provide a personalized experience for our users. By continuing to browse this site, you give consent for cookies to be used.
Got it!
Home > News > Social Issues > Installing child car seats correctly saves lives, experts say 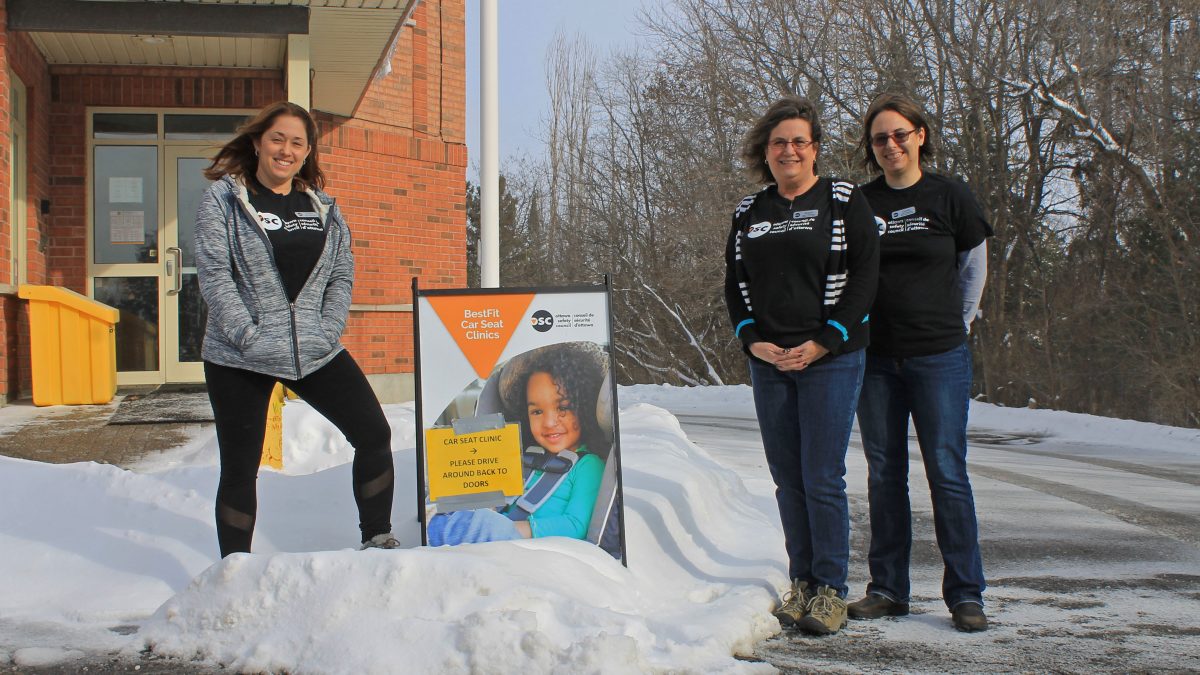 When Shelley Stendal offered to start picking her 15 month old granddaughter up from day care, she quickly realized she had no idea how to install the car seat she had purchased.

It was by chance that she saw an Instagram post promoting a car seat installation clinic that week; she signed up right away.

After spending 45 minutes with a certified Child Passenger Safety Technician, Stendal left the Ottawa Safety Council’s (OSC) BEST FIT car seat clinic with the seat installed properly and with the ability to do it herself.

“It’s the confidence in knowing that it’s done right and also knowing that I know how to do it now,” she says.

And that’s really the mandate of the OSC’s car seat installation clinic, says BEST FIT co-ordinator Kristen Guptill. The non-profit organization’s clinics teach parents and caregivers how to properly install car seats to fit both their vehicles and their children. According to a 2010 study conducted by Transport Canada, only 64 per cent of car seats are installed correctly. However, Guptill says, that in speaking with her own technicians and others from across the country, she estimates that percentage is too high.

“Based on our experience as a collective, from hosting clinics over the past several years, we rarely see a car seat that is installed and used correctly upon arrival,” she says. It matters. Knowing how to situate specific seats can be life-saving during a collision.

“The way the child’s body reacts in a collision can be fatal if it’s not being installed properly.” she said.

Transport Canada states that infants and small children should be placed in rear-facing car seats. Children must weigh at least 22 lbs before being moved to a front-facing seat, and at least 40 lbs to ride in a booster seat.

“If it’s not properly installed, we don’t know what it’s going to do in the case of a collision,” Guptill says. “We want to know we have done everything we can to prevent injury to the child and other passengers in the car.”

The organization offers two clinics a week, which alternate between two fire stations and a car dealership, shifting between Ottawa’s east and west end. Most of the program’s funding comes from Safer Roads Ottawa, which means that caregivers only pay $30 for a 45-minute slot in which they bring their vehicle, car seat and sometimes their child to the clinic. One of OSC’s technicians then shows the caregiver how to properly install the seat, and gets them to practise installing it themselves.

Technicians often wedge a pool noodle or tightly wrapped towel under a rear-facing seat in order to achieve the correct position. This was a huge surprise to Stendal, who says she never would have known that a child’s car seat needed to be reclined that far.

Stendal’s technician, Claude Normandin, has been installing seats for several years, and says that addressing misconceptions about car seat installation is one of the most important parts of the clinic. In fact, it wasn’t until Normandin stumbled across a Facebook group sharing car seat information that she realized her own child’s seat wasn’t properly situated in her vehicle.

“After that, I decided to take a course to know what I was doing, and then I just really liked it,” she says. “I like going to car seat clinics and interacting with parents who really want to have their kids safe.”

Guptill that once more large donors for the program are secured, she hopes that OSC will be able to offer clinics free, especially for new Canadians who care about their children’s safety but may have a language barrier or come from a country where car safety rules are different.

“I’m so happy when I see people from other countries [at our clinics] because they’ve found us somehow,” she says.

For Stendal, the guidance of a professional technician made a difference in her confidence driving her granddaughter around.

“Of course I’m going to be careful driving, but now I know that if anything happens I’ve done what I can to keep her safe,” she says.

For more information on the Ottawa Safety Council’s car seat installation follow the link below:

Survival of the Sedate: Being slow in the animal kingdom has benefits