2 weeks ago 0 1 min read
We use cookies to provide a personalized experience for our users. By continuing to browse this site, you give consent for cookies to be used.
Got it!
Home > Journalism > Journalism is a discipline of verification, but false reports expose serious failings 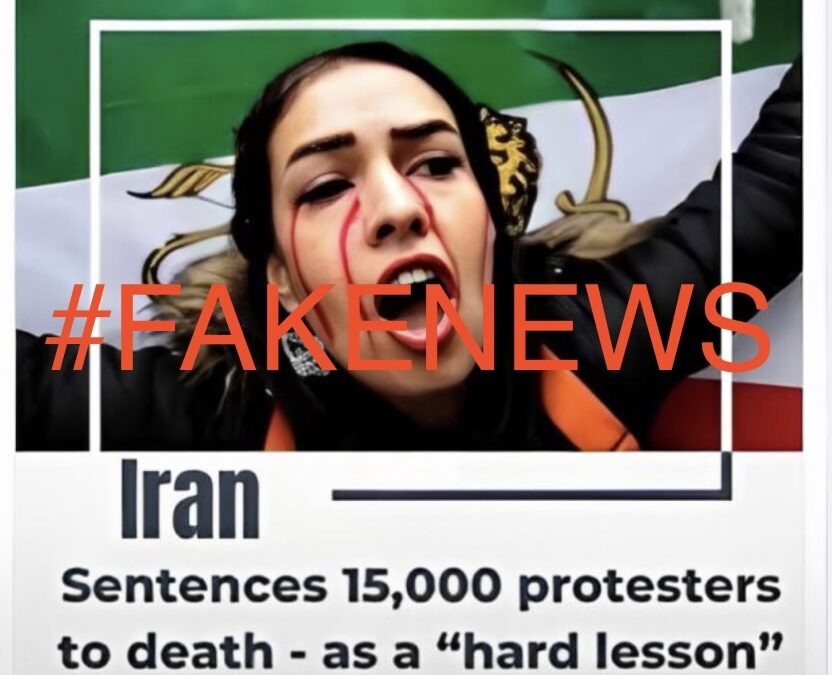 A widely shared Instagram post in early November was blamed for spreading false reports that Iranian legislators had backed a plan to execute some 15,000 protesters in that country. The post, based on an online Newsweek article that also contained incorrect information, was later stamped as "fake news" — but not before the original misinformation was shared by some celebrities and even Prime Minister Justin Trudeau.
Commentary

When 22-year-old Mahsa “Jina” Amini died under suspicious circumstances following her arrest by Iran’s morality police, decades-long frustrations simmering below the surface spilled into the streets of Tehran and a series of protests swept the country.

Official statements claimed the cause of Amini’s death was a heart attack and highlighted a pre-existing medical condition linked to a brain tumour when she was eight years old. Eyewitnesses said Amini had been repeatedly physically assaulted in custody.

Circumstances surrounding Amini’s death aside – tragic and untimely as it was – the news media’s reporting and audience reactions have served as a reminder of why reporters need to get their facts right.

Recently an unverified Instagram post claiming that the Iranian Parliament had voted in favour of a motion to execute 15,000 jailed protestors was shared on social media platforms.

The post was sparked by a Nov. 8 story published online by the U.S. news magazine Newsweek, headlined “Iran Votes to Execute Protesters, Says Rebels Need ‘Hard Lesson”, which wrongly reported that an overwhelming majority of parliamentarians had voted to hand down the death sentence against jailed protestors. Newsweek subsequently issued a correction at the end of an updated version of the story, but by then the Instagram post had widely circulated the original misinformation.

Every piece of information that comes a reporter’s way should be taken with a grain of salt before running with it because the onus is on the journalist, to verify before presenting it as fact.

So the false story almost instantly went viral as hashtag activists around the world came out swinging with their condemnation, joined by a slew of celebrities and prominent politicians – including Canada’s own Prime Minister Justin Trudeau – in denouncing the Iranian government.

In the days that followed, headlines from the New York Times and the Wall Street Journal also claimed the Iranian government would abolish the morality police.

Had the Iranian parliament really sentenced 15,000 protestors to death? Had Iran really suddenly decided to correct course and abolish the morality police?

In both cases, news media had failed to get the facts right. As it turned out, Iran was not planning on abolishing the morality police and the stories were actually based on a misreading of a vague statement given by Iran’s Attorney General Mohammad Jafar Montazeri. The claim that 15,000 protestors would face execution was also proven false, as various analyses of the misinformation have shown.

Following the news and watching the discourse unfold in the Twittersphere as a journalism student made for an interesting experience. J-school training instills a deep skepticism – if it hasn’t, your professors have failed you. Journalism, we’re taught, is a discipline of verification. This means not only getting the facts but making sure that you’re getting the facts right. Every piece of information that comes a reporter’s way should be taken with a grain of salt before running with it because the onus is on you, the journalist, to verify before presenting it as fact.

Skepticism is a learned trait and, evidently, it’s not one that comes naturally to most of the general public. Even for journalists, it isn’t always the default setting.

If I were ever to hand in a story to my professors that claimed my government had made the decision to begin disbanding a controversial law enforcement squad when no official statement to that effect had been made, or a story claiming our parliament had overwhelmingly voted to execute 15,000 protestors held in police custody — it would constitute a reporting fail. You don’t get an A+ for handing in copy riddled with factual errors, especially errors as glaring and egregious as these ones.

If journalism is indeed the discipline of verification, then why are the standards of reporting lower in some newsrooms than they are in J-school?

Skepticism is a learned trait and evidently, it’s not one that comes naturally to most of the general public. Even for journalists, it isn’t always the default setting. Trying to identify the function that journalism is meant to play in our society can at times be a difficult exercise, but getting the facts right is the bare minimum, because getting the facts right is literally the job description.