3 days ago 0 3 min read
We use cookies to provide a personalized experience for our users. By continuing to browse this site, you give consent for cookies to be used.
Got it!
Home > News > Social Issues > Faces of Change: Abdirizak Karod works to unite Black people in Ottawa 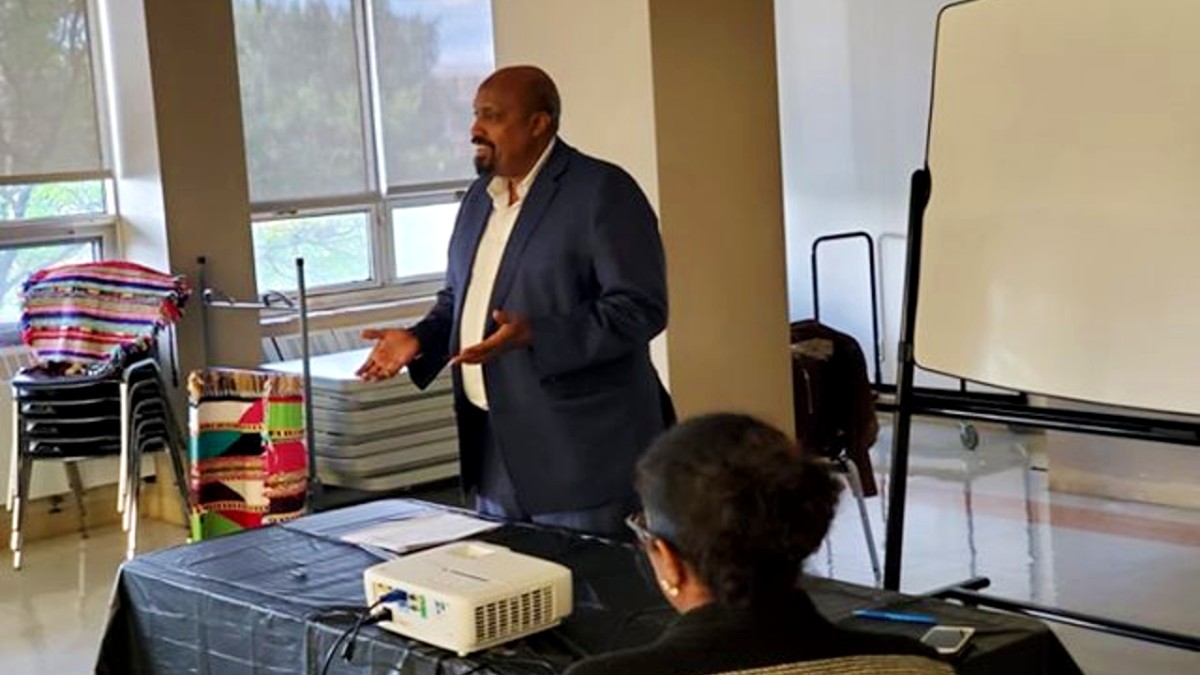 When provincial budget cuts hit the Somali Centre for Family Services in 2019, Abdirizak Karod, a prominent leader in the local community, didn’t walk away. He just kept working.

The Somali Centre lost its Ontario Trillium Fund grant as a result of budget cuts to Legal Aid Ontario. The grant had been used to help Black and racialized students stay in school. Their risk of expulsions and suspensions is higher than for other ethnic groups.

Despite the cuts, Karod and the centre continue their outreach and engagement. Among these programs are community aid for seniors, food security programs for families and helping highlight career opportunities, according to Kahmaria Pingue, a child and family worker at the Somali Centre.

Karod assumed leadership of the Somali Centre in 1995, three years after immigrating to Canada. As the executive director, Karod advocates for the centre and actively takes part in projects to increase opportunities for Somali youth. He was not available for an interview.

“He’s a father figure inside the organization and out,” Pingue said.

Karod’s leadership goes beyond supporting Somali people in Ottawa. He also advocates for causes that affect all Black people, according to Pingue.

“[Karod’s] vision is a united Black community,” Ewart Walters, a journalist and community leader, said. “I think that it is very important for the City of Ottawa to have a unified Black community working for the improvement of racial harmony in the city.”

For instance, among other projects, Karod is working with Walters to find ways to reduce police violence, Walters said. If their work lobbying the police services board is successful, the Ottawa community as a whole will benefit, Walters said.

Karod also works to connect individuals in his community and mentor those around him.

Lyse-Pascale Inamuco is a candidate in the Cumberland Ward 19 byelection Oct. 5. Inamuco said that she wouldn’t have run for Ottawa Council without Karod’s advice and support.

She said Karod has asked the Somali and Black communities to support her campaign.

“He really encouraged me when other people were discouraging me,” Inamuco said. “He really wants to see us grow.”

Get ready for a smaller Thanksgiving as COVID-19 cases rise