2 weeks ago 0 1 min read
We use cookies to provide a personalized experience for our users. By continuing to browse this site, you give consent for cookies to be used.
Got it!
Home > Sports > Ottawa curling clubs hope to salvage a season as COVID-19 rages 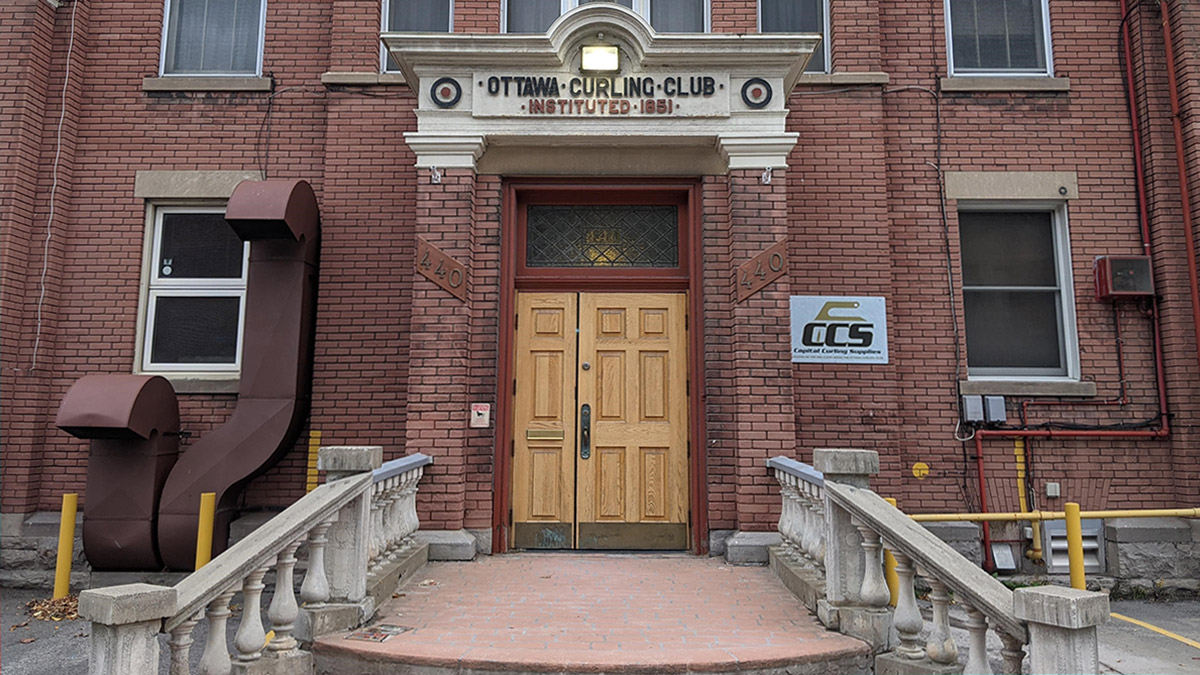 Front entrance of the Ottawa Curling Club. The club has been closed since March and is currently discussing how to reopen. [Photo @ Ben Sylvestre]
[Photo © Benjamine Sylvestre]
Health

By Jack Baines and Benjamin Sylvestre, 2 years ago 1 3 min read

As the second wave of the COVID-19 pandemic takes hold, curling clubs in Ottawa are hoping the pandemic doesn’t sweep their season away.

If the Ottawa Curling Club’s annual general meeting Sept. 22 on Zoom, there is plenty of interest.

“It was the biggest attendance we’ve had in years,” said Alex Birtwistle, a member of the volunteer board of directors and a curler at the club for 10 years.

“Normally we have about 60 people that attend, but we had 80.

“We might be doing our general annual meetings virtually going forward because it seems to be more accessible for people,” she added.

But the spike in attendance was also related to the many questions about how the upcoming season might work. For example, teams will only be allowed to have one sweeper instead of the usual two, and post-game get-togethers will not be the same.

“It’s a tradition to have a drink with the opposition and your own team after every game. The winners typically offer the first round of drinks,” Birtwistle said. “That’s what we’ve been doing forever.”

Limits on indoor gatherings will put a squeeze on these traditions.

The Ottawa Curling Club has been closed since early March, and while organizers haven’t released any official plans yet, Birtwistle hopes they can open sometime around Thanksgiving.

“There are curling clubs all over Canada. You don’t get that anywhere else in the world. The whole culture behind it is quite interesting,” she said. “I do feel like a lot of people curl … because it’s just such a social sport.”

The Granite Curling Club of West Ottawa also had to end its season abruptly in March.

“The leagues did not finish,” said club manager Denise Hoekstra. “There were no playdowns, no championships, no banquets, no goodbyes.”

The owner of Hogline Curlers Proshop in Ottawa, Joe Pavia, first started curling for the chance to rub elbows with fellow sport enthusiasts. Eventually he joined a team, founded a youth curling league and ─ for about 20 years ─ wrote a curling column for the Ottawa Sun.

Pavia, who must now run his shop of 25 years with physical distancing in mind, says he and other retailers and suppliers are facing a lot of uncertainty.

“(We’re) all sort of stuck between a rock and a hard place. I didn’t have any idea what to order for this year.” Pavia said. “There’s 65 curling clubs in my catchment area, and some of them don’t know if they’re going to open or not.”

As the pandemic rages, the Granite club is hoping 60 per cent of their members will return. Even if they reach that quota, the club will be very different this season.

“Most of these people are in a vulnerable age group and many have elected not to return until possibly January after a reconsideration of what risks still exist,” said Hoekstra.

Hoekstra said that this creates a ripple effect, where one member cancelling plans to return also causes their friends and teammates to drop out.

He said the club is committed to making sure members who plan on sitting out this season will be welcomed back when things return to normal.

“They know they have a place to come back to next season,” she said.

Meanwhile, clubs have to sit tight and watch the COVID-19 numbers.

“The situation is fluid based on recommendations from the province and the local health authority,” Hoekstra said.

Across Ottawa, there is no shortage of concern over what this curling season will look like, but Hoekstra remains hopeful that her club will be “really rocking” in a few weeks.