2 days ago 0 4 min read
We use cookies to provide a personalized experience for our users. By continuing to browse this site, you give consent for cookies to be used.
Got it!
Home > Politics > Canada Votes 2019 > Riding Profiles > Liberals’ Marie-France Lalonde holds riding vacated by ex-MP Andrew Leslie 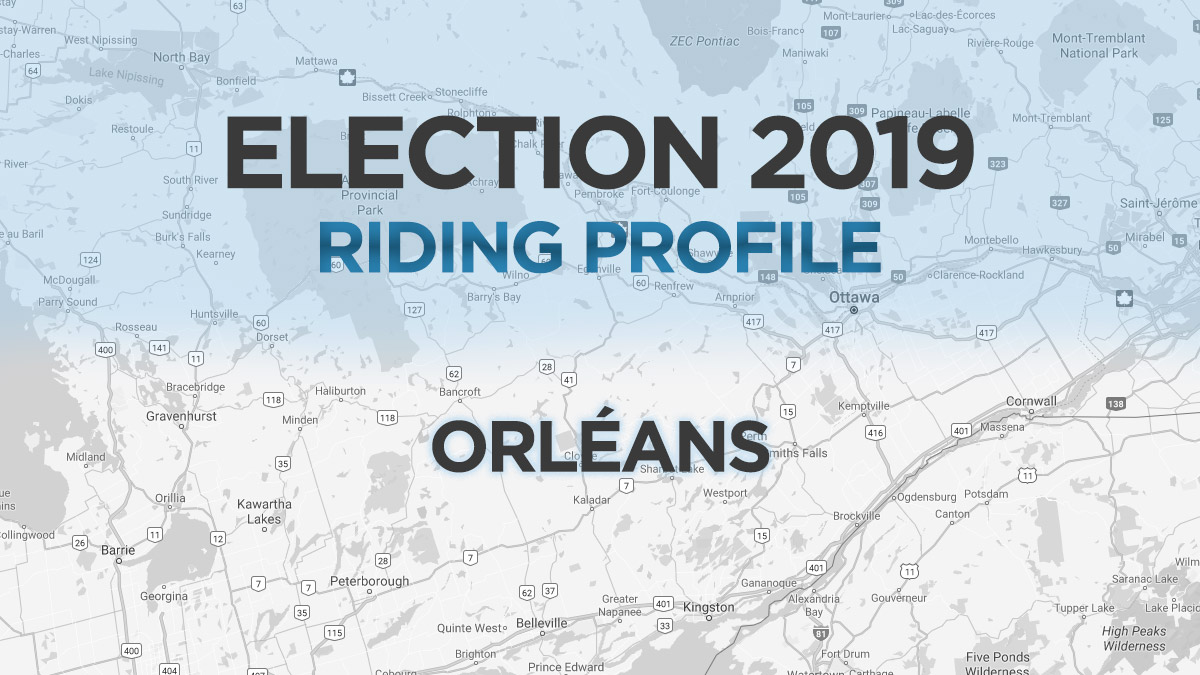 Residents of the Orléans riding now know who will carry the Liberal standard in the federal election — and it’s a familiar face.

The Ontario MPP for Orléans, Marie-France Lalonde, was chosen at a nomination meeting on Sept. 19. She defeated Khatera Akbari, the president of the Orléans Federal Liberal Association and a professional accountant.

Four other candidates – Conservative David Bertschi, the NDP’s Jacqueline Wiens, Michelle Petersen of the Greens and Roger Saint-Fleur of the People’s Party of Canada — are running in the Oct. 21 race to represent the riding.

This is not the first time the Liberals have had to deal with late surprises in Orléans. Shortly before the 2015 federal election, Bertschi – then the riding’s Liberal candidate – was suddenly replaced by retired Canadian Forces lieutenant-general Andrew Leslie. The party claimed Bertschi had unpaid debts that disqualified him from running and had decided, instead, to put Leslie forward as their standard-bearer.

Leslie won with 59.7 per cent of the vote. The Conservative in 2015, Royal Galipeau, who had represented the riding since 2006, garnered just 30.5 per cent, while the Green and NDP candidates captured a combined 9.8 per cent of the vote. Leslie decided in May he would not to run for re-election.

After the candidacy controversy before the 2015 election, Bertschi joined the Conservatives and has emerged as the party’s 2019 candidate in the riding. Bertschi says he has represented Orléans residents in some capacity for more than 30 years, and plans to focus on the needs of business owners, marginalized individuals, middle-class families and veterans.

Jacqueline Wiens, the NDP candidate, is an activist, community organizer and long-time resident of Orléans. She says her priorities are quality jobs, education and accessible health care.

Green candidate Michelle Petersen is an Orléans business owner and single mom. Petersen says she wants social and environmental justice for all and a cleaner world for her daughter to live in.

Saint-Fleur’s website identifies him as a “university professor, teacher, educator” as well as a lieutenant in the Canadian Armed Forces Supplementary Reserve.

PPC leader Maxime Bernier has emerged as the election campaign’s main critic of Canada’s immigration policies. He has sparked controversy and drawn accusations of bigotry by calling for much tighter restrictions on the number of people who should be welcomed to the country every year.

Saint-Fleur’s website describes Orléans as a place “where all  Canadian ethnocultural communities and from the world are welcomed with a sense of living together, making Canada one of the most beautiful places in the world to live in and to raise children.”

Lalonde’s win in the Liberal nomination battle means she has stepped down as MPP, leaving the Ontario Liberal Party three seats short of official party status, with only five seats in caucus.

Some who tried to vote in the Liberal nomination contest have come forward claiming they were not allowed to cast a ballot based on minor discrepancies in the voter identification system. Akbari, the riding association president and the defeated contestant for the nomination, has said she will investigate the issue.