2 weeks ago 0 9 min read
We use cookies to provide a personalized experience for our users. By continuing to browse this site, you give consent for cookies to be used.
Got it!
Home > Life > Local pet owners say GoFundMe fills gaps in paying veterinarian bills 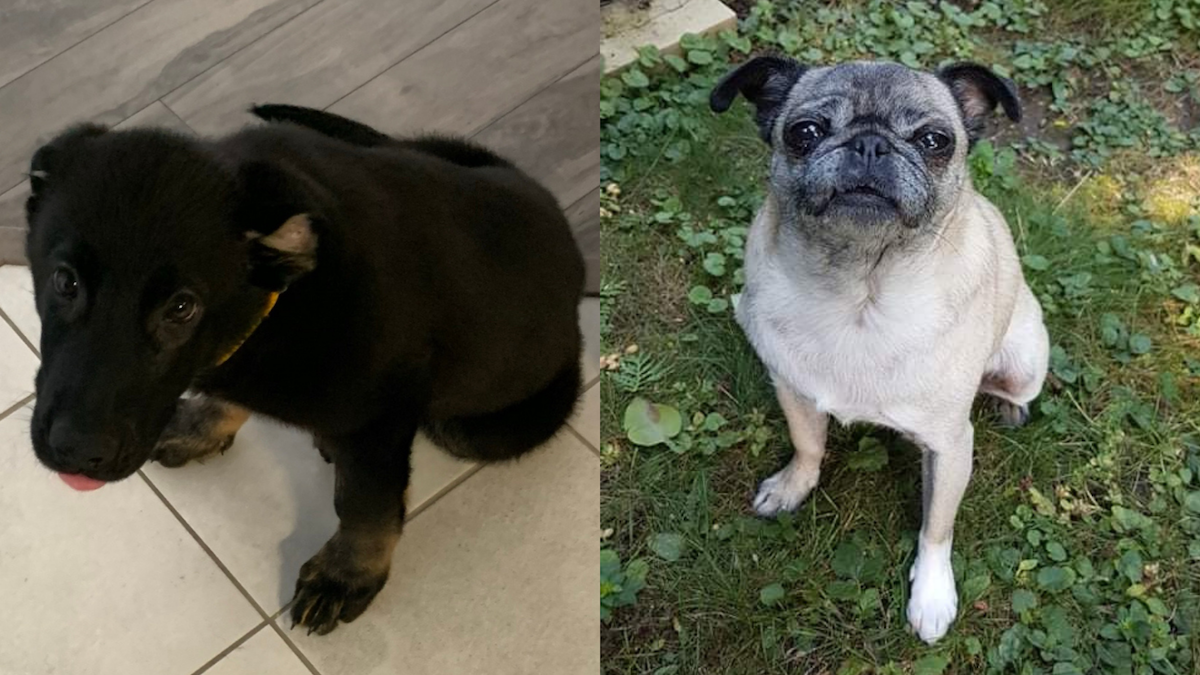 Ottawa pet owners are turning to the crowdsource platform GoFundMe to help cover the costs of their pets’ medical procedures after being turned down by traditional financing sources.

Connor Beleznay, a computer science student and teaching assistant at Carleton University, lives in Gatineau with his partner and their German Shepherd puppy Sasha. He has experienced firsthand issues with accessing vet-related financing.

In September, Sasha was playing at their home and found a bottle of Advil. After gnawing through the child-proof cap, the puppy swallowed Advil pills.

Beleznay took the dog to the Vanier-based Animal Emergency & Specialty Hospital to be checked. The staff hooked Sasha up to an intravenous system and pumped her stomach with charcoal to prevent stomach ulcers or kidney failure.

The final bill for Sasha’s care came to slightly more than $3,500 plus ongoing medication costs and checkups. The hospital required a 50-per-cent deposit upfront, which Beleznay said was difficult for him and his partner to cover.

“It was kind of like the decision, ‘OK, I can figure out how to pay for rent next month later down the line, but this puppy means the world to me,’” Beleznay said. “I have to do everything I can for her.”

When Beleznay explained to the veterinary staff that the deposit was more than he could afford, they suggested that he apply for a Pet Card — a type of credit card from a private company that covers the costs of certain veterinary procedures upfront while the pet owner pays the money back with interest over time.

The approval process for a Pet Card involves a full credit check, an interview to ask about income sources and verification of the applicant’s employment. The process is typically initiated by a veterinary clinic and is approved or denied on the same day.

Beleznay said his application was denied because he is a part-time, contract employee versus a salaried employee.

Left with few options, Beleznay used his scholarship money, OSAP money, cash and e-transferred savings to pay for the initial deposit, but ultimately had to rely on family members for additional support.

“I didn’t really have any way to pay it, so I had to scrounge up every penny I could and we had just to get an initial deposit, and we had to pay from multiple sources because it was above my daily transaction limit from my bank,” he said. “At this point, I didn’t really know how to even pay rent for the next month or two.”

Although the deposit was covered, Beleznay still had to take care of ongoing procedure fees. After exhausting his savings, the veterinarian at the hospital suggested creating a GoFundMe campaign to crowdsource funds for the treatments.

“I was hesitant because I’m a proud person. I don’t like the idea of asking for money online. But I figured it’s not for me, it’s for the puppy. So I found the cutest picture I could find of her, I put it up, and I was honestly kind of blown away by the response I got,” Beleznay said.

Beleznay created the GoFundMe campaign with the goal of raising $3,253 for Sasha’s medical care. While the fundraiser capped off at $1,460 in donations, Beleznay said he is extremely grateful and amazed at the reaction the campaign received.

“I was really kind of blown away by the response to (the GoFundMe) and the generosity of people . . . people that I’ve never met donating $100 at a time. I don’t know how to express it.”

Beleznay isn’t alone in turning to GoFundMe. Other Ottawa pet owners said the platform is more effective and accessible than traditional payment methods.

Ottawa resident Samantha Wambolt is the owner of an eight-year-old pug named Naya. In 2015, Wambolt adopted Naya with her boyfriend while living in Kingston, Ont.

Naya has a severe trachea collapse which makes it difficult for her to breathe. To improve her condition, veterinarians suggested Naya get six teeth extracted at a specialty vet clinic in October. The procedure cost about $5,000, which was difficult for Wambolt and her partner to afford.

“We had about $5,000 in savings when we adopted her and then within the first year it was gone, and we were in debt,” she said. “We knew going into it owning a dog like her would be expensive, but we never imagined that almost every stereotypical problem the pug breed has, she would develop over time.”

Wambolt turned to GoFundMe to help cover the cost of Naya’s vet bills — something she had done once before. The first time, she and her partner were both employed. The second time, in July, Wambolt was switching jobs and her boyfriend had been laid off because of the COVID-19 pandemic’s impact on the service industry.

Before creating the GoFundMe campaign, Wambolt said she and her partner looked for alternative ways to finance Naya’s medical bills.

“Last summer, we were short a couple hundred dollars and I remember they asked me to see if you can apply for the Pet Card and both my partner and I don’t have great credit. So that was really hard to come by,” Wambolt said.

The couple was also out of luck when they turned to charities. Since Wambolt and her boyfriend both work 40 hours a week at three jobs, their incomes priced them out of the help offered by the Farley Foundation — a charity that helps low-income pet owners in Ontario cover non-elective veterinary care.

“We either don’t have the credit or we make too much money to be able to apply for certain services, and it’s been really unfortunate,” Wambolt said. “It’s very stuck between a rock and a hard place.”

In the past, Wambolt also tried to raise money through bake sales, but the effort was much more than that of GoFundMe. She baked for three days and made about $300 at one of the bake sales, whereas one GoFundMe donor gave $250 to the cause.

While the platform is helpful, Wambolt said asking for help can weigh on pet owners. She added that she hopes other financing avenues will become more accessible — such as long-term payment plans, which only some vet clinics offer currently.