6 days ago 0 5 min read
We use cookies to provide a personalized experience for our users. By continuing to browse this site, you give consent for cookies to be used.
Got it!
Home > Life > Fashion & Beauty > Lookahead ’21: Museum links pandemic, wartime challenges in ‘Make Do and Mend’ workshop series 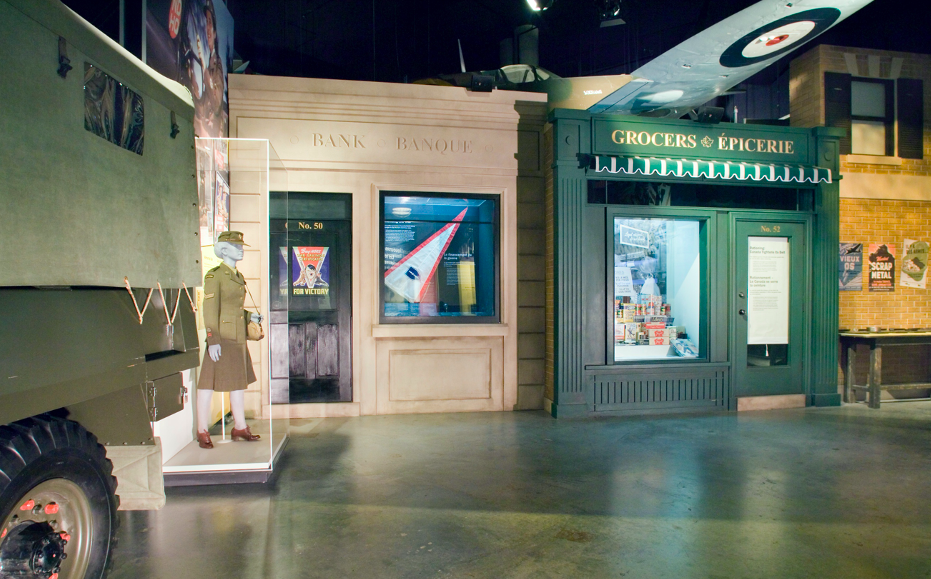 The Canadian War Museum's display of life on the home front during the Second World War (above) evokes a time when Canadian families "made do" with fewer material goods to help preserve resources for the war effort. The museum's "Mend and Make Do" series of virtual workshops is rekindling interest in mending clothes and reducing waste, promoting an ethic of self-sufficiency and reduced consumption during the ongoing pandemic. [Photo © Marie-Louise Deruaz]
Arts & Culture

On Feb. 19, the Canadian War Museum will host the latest in its series of “Make Do and Mend” online events, which were inspired by an exhibition about everyday life during the Second World War and advocate for resourceful, self-sufficient living in 2021.

During the LeBreton Flats-based museum’s closure during the COVID-19 pandemic, an online portal called Museum at Home was created for patrons to participate in different online learning resources and events. In transforming their offerings to the digital platform, museum officials stated: “When you can’t come to the Museum, let us bring the Museum to you.”

The third “Make Do and Mend” virtual workshop focuses on “visible mending” skills that decoratively extended the life of torn clothing and other material during the Second World War — will be led by Stacey Sproule, an artist and embroiderer.

“In many ways, the pandemic evokes the hardships experienced during the Second World War: uncertainty, family separation, and in some cases, limits on certain consumer goods,” states an online description of the series, which is being held in conjunction with the museum’s ongoing exhibition Forever Changed — Stories From the Second World War, which runs until September 2021.

Ways to cope with less

“Just as in wartime, Canadians today have found ways to be more resourceful and find creative ways to cope.”

“The series reacquaints participants with many of the household skills that were part of everyday life in wartime Canada,” the website states.

The home effort during the Second World War was the inspiration behind the event. Make Do and Mend looks at the families who were forced to reduce their consumption during the wartime and compares it to our lifestyles in 2021.

Melanie Morin-Pelletier, a historian at the museum, co-hosted the January event alongside Valérie Leloup, the co-founder of NU — a zero-waste grocery store based in Ottawa. Pelletier focused on connecting the wartime experience to present-day home life, while Leloup offered guidance on moving to a no-waste mindset in 2021.

Love in the time of COVID: Couples are finding ways to make Valentine's Day special