2 days ago 0 5 min read
We use cookies to provide a personalized experience for our users. By continuing to browse this site, you give consent for cookies to be used.
Got it!
Home > News > Canada > Ontario > In focus: The first National Day for Truth and Reconciliation 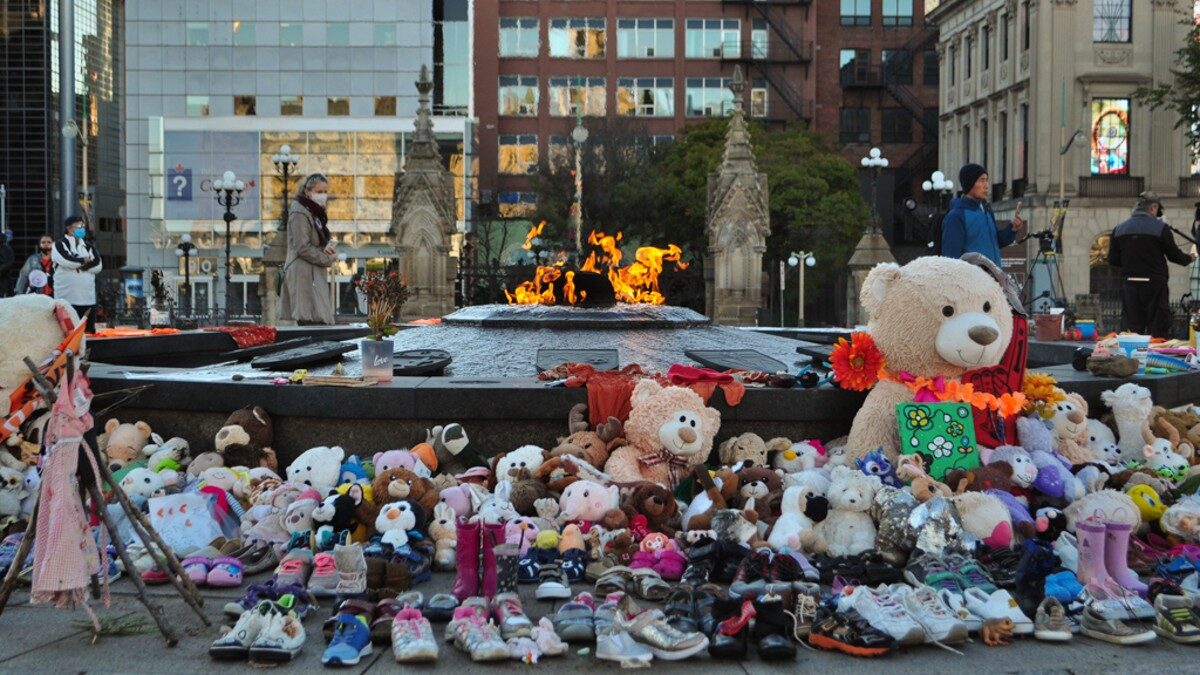 Visitors to Parliament Hill file past the makeshift memorial at the Centennial Flame on the National Day for Truth and Reconciliation, Sept. 30, 2021. Made up of children's shoes, toys, and heartfelt messages, the memorial honours lost Indigenous children who did not survive their time in Canada's residential schools, as well as the survivors who suffered lasting harm. [Photo © Kendra Dyer]
Canada

On May 27, the remains of 215 Indigenous children were found buried on the former grounds of the Kamloops Indian Residential School in British Columbia. The federal government has since begun an inquiry into how many Indigenous children died within the state-run and state-funded system. The Truth and Reconciliation Commission report said there were more than 6,000 deaths, but former commission chair, Murray Sinclair, says that the total is likely much higher.

Four months later, on Sept. 30, the first National Day for Truth and Reconciliation was a day of solemn remembrance across Canada. This is how the day unfolded as captured by 17 students studying photojournalism at Carleton University’s School of Journalism and Communication.