5 days ago 0 4 min read
We use cookies to provide a personalized experience for our users. By continuing to browse this site, you give consent for cookies to be used.
Got it!
Home > Politics > New government, new Speaker, new speech combine to open a minority Parliament 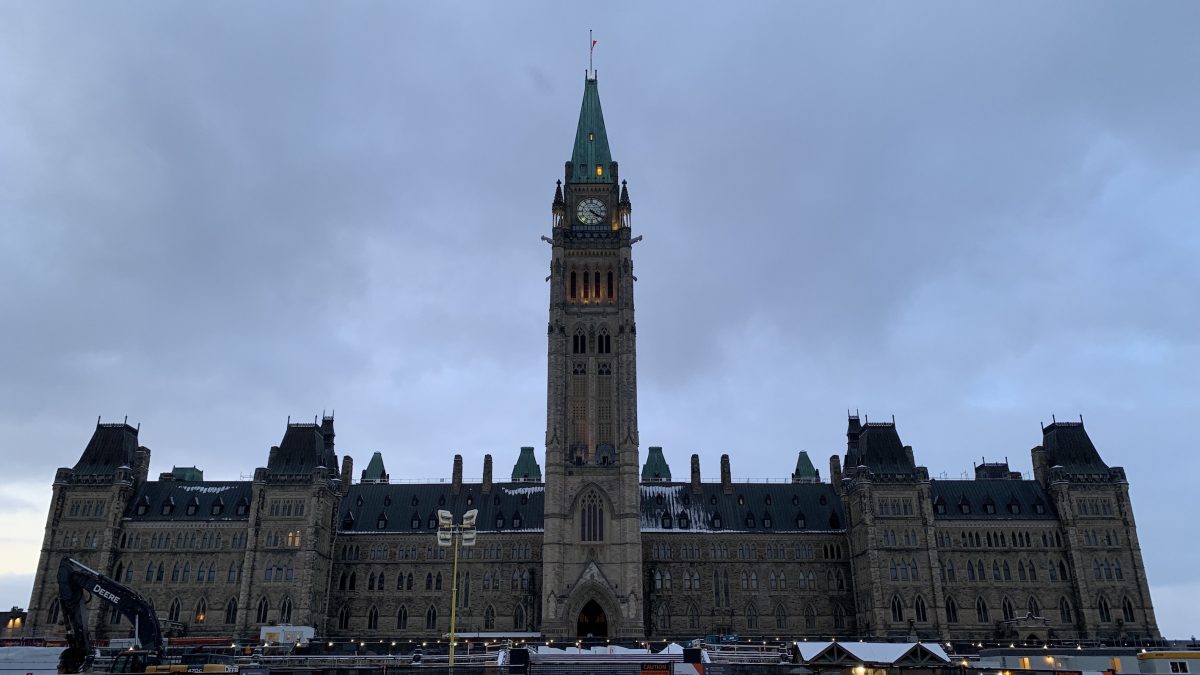 The Centre Block of Parliament, where the House of Commons and Senate normally sit, is close for renovations. This year, for the first time, the election of the Speaker of the House and the throne speech were held in the West Block of parliament and Senate of Canada Building. [Photo © Hartley Witten]
Politics

The 43rd Parliament of Canada convened for the first time on Thursday, electing a new Speaker for the House of Commons and going through the pomp and circumstance of the speech from the throne.

Anthony Rota, the Liberal MP for Nipissing–Timiskaming, was elected replaced fellow Liberal Geoff Regan in the chair. Five MPs were in the running for the job including Conservatives Bruce Stanton and Joel Godin, as well as New Democrat Carol Hughes.

The election of a new speaker was followed by a number of other firsts as Parliament reopened after the October election.

Gov.-Gen. Julie Payette delivered her first ever speech from the throne, in the new home of the Senate of Canada, which is the former Government Conference Centre across from the Chateau Laurier Hotel.

After electing the new Speaker, MPs boarded several buses Thursday afternoon for the short trip down Wellington Street to the Senate chamber. The speech, as it usually does, outlined in general terms the goals of the minority government led by Liberal prime minister Justin Trudeau.

Over the course of 28 minutes, the government spelled out commitments to fighting climate change, strengthening the middle class, walking the road of reconciliation with Indigenous peoples, keeping Canadians safe and healthy and positioning the country for success in an uncertain world. The title of the speech, “Moving Forward Together,” attempted to signal a willingness to work with others.

None of that impresses Carleton University Political Science Professor Conrad Winn. He says he does not pay much attention to the generalities in throne speeches. He says government has become extremely centralized over the years.

“The prime minister will emphasize those things that the advisors around him think are important,” he said.

One issue did dominate the throne speech. The government’s concern about climate change was evident. The word climate appeared 11 times in the speech.

Former Liberal staffer Étienne Quintal says he was excited to hear the government put an emphasis on this issue.

“I’m very much excited to see the government continue its work on creating a safer and healthier environment for future generations,” he said.

“I think that’s the biggest issue we are going to be facing in the next few years.”

In a minority parliament, in which all parties have varying approaches to tackling climate change, Quintal said that it is important to work together on the issue.

“I think it’s especially important to work with parties in the opposition that don’t usually act on these issues or take them very seriously, because that’s a moral imperative that we have to follow.”

Many in the Ottawa-Gatineau region were listening to hear mention of the cabinet portfolios held by Ottawa Centre MP Catherine McKenna and Ottawa-Vanier’s Mona Fortier. McKenna is minister of infrastructure and communities and Fortier is responsible for middle-class prosperity as an associate finance minister.

Bryan Crockett, who is a paralegal student and communications consultant, said help for education as something he was watching for.

“I’m really glad to hear the government’s mention of more support for students,” he said. “Education is so important for our economy, enabling new jobs and businesses.”

There are scars remaining from the election that will affect how the new parliament operates and how it will come to differ from the previous government.

Quintal mentioned the government’s pledge to help industries such as oil and gas with such things as the Trans Mountain pipeline expansion and other means.

“It gives me hope that this new trend of separatism in the prairies might be alleviated, which is a positive. National unity is something I care about.”

The government is expected to table its first confidence motion before the holiday recess, which is scheduled to commence December 13.