4 days ago 0 8 min read
We use cookies to provide a personalized experience for our users. By continuing to browse this site, you give consent for cookies to be used.
Got it!
Home > Transportation > New multi-use pathway coming to LeBreton Flats this fall putting people before cars 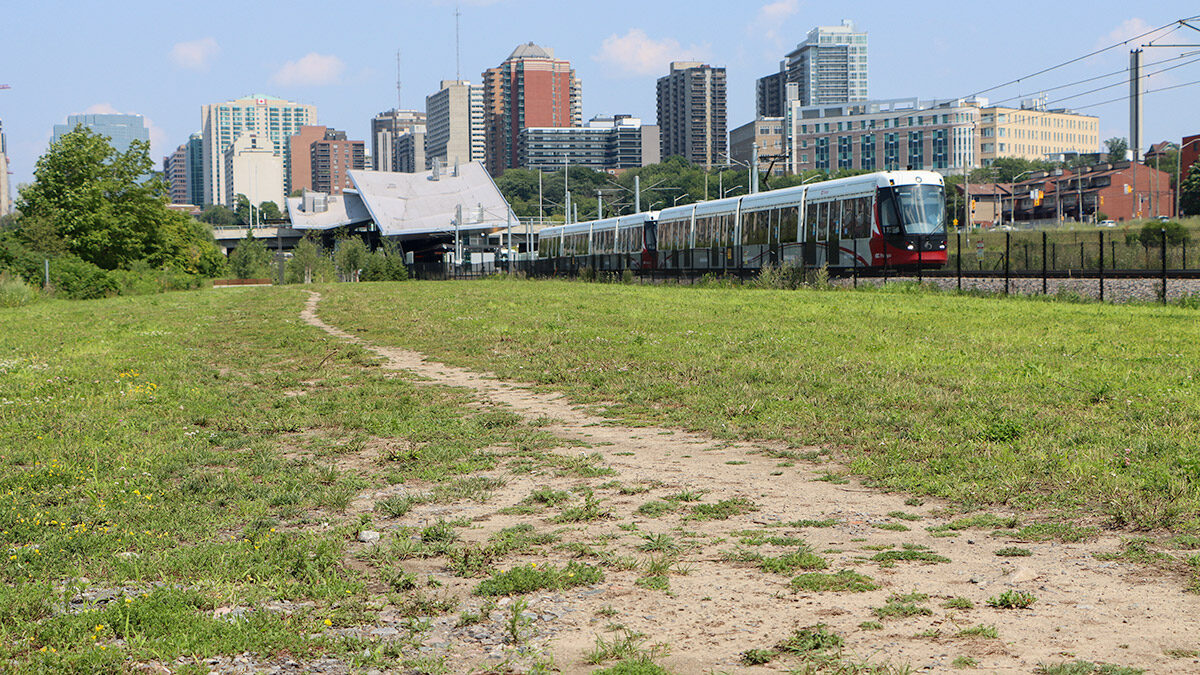 A new, one-kilometre-long multi-use pathway coming to LeBreton Flats will be the first public realm project in the development of the 29-hectare site, located 1.5 kilometres west of Parliament.

Construction of LeBreton Flats pathway is to begin in early August and should open to the public late fall 2021.

The pathway is part of the LeBreton Flats Master Concept Plan, approved by the NCC board of directors in April 2021. The plan envisions four districts in LeBreton Flats, with a mix of residential, entertainment, office and retail use. The path will connect through the future Parks District and will be the first piece of the master plan’s parks and public realm strategy.

“Much of our city was planned around car infrastructure and putting cars before people,” said Jen Stelzer, EnviroCentre’s director of community sustainability programs.

Pathways like this one are intended to make biking and walking a central feature of city life, said Stelzer, and she’s glad to see more emphasis on active transportation.

“It’s so nice to see that happening at the planning stage and not trying to fit it in afterwards,” said Stelzer. “Seeing this stuff being put in ahead of time, or in conjunction with a planning project, is very proactive and exciting.”

The pathway has two parts. Segment 1 will connect Pimisi Station’s lower plaza to the Capital Pathway on the Ottawa River, going through the Sir John A. Macdonald Parkway underpass. This section will have cycling and walking lanes and will include a slow zone west of Pimisi Station to sit and view the aqueduct.

Segment 2 will be a four-metre-wide multi-use pathway running parallel to the O-Train Confederation Line between Pimisi and Bayview Stations. The path will stretch along the north side of the O-Train tracks and will connect with the Trillium Pathway.

The area has a strong walking, biking and transit corridor along Scott Street and Booth Street, said Stelzer.

“For so long – like decades, literally – LeBreton Flats has been a barrier, a place that you had to go around,” said Stelzer. “It’s pretty exciting that we’re seeing this connection happen.”

The area around the new pathway is a brownfield site with contaminated soil from previous industrial use, including a landfill. The NCC’s public consultation report says soil in the pathway’s slow zone will be replaced to remediate that area. Remediation of the rest of the brownfield soil will occur when the area surrounding the pathway is further developed into the Parks District under the master plan. Until then, fencing and landscaping features will keep users on the pathway.

Public consultations for the new pathway project were held between December 2020 and February 2021.

The public consultation report says participants highlighted the importance of “interpretation of local heritage and history, including that of Indigenous peoples and LeBreton’s industrial past.” In response, the NCC report says heritage interpretation panels will be considered when the master plan’s Heritage and Culture Strategy is implemented.

When it comes to winter maintenance, some respondents urged the NCC to keep the path cleared, while others endorsed its integration into the surrounding winter trail network.

Proper winter grooming and snow management can satisfy everyone, said Dave Adams, the head groomer and project manager of the SJAM Winter Trail (which will be renamed this fall).

“We work with snow, and we make it nice for any human-powered transportation,” said Adams. That means walkers, bikers and skiers can share the same pathway.

Adams has groomed part of the pathway site to test its viability, and said Segment 2 will be included in the winter trail network going forward.

According to the public consultation report, the pathway’s design incorporates the necessary pathway width and fence gates to allow grooming equipment to access the trail.

The NCC’s emphasis on active transportation is consistent with the winter trail’s goals as a multi-use urban winter pathway, said Adams.

“We’re trying to animate the space together,” he said.

The LeBreton Flats sector has varied terrain with some hills, while most of the winter trail network is flat, said Adams.

“It gives us an opportunity to cater to the university racer, or even the more advanced skier,” said Adams. “They can just get a really high-quality work workout in downtown Ottawa.”