3 days ago 0 4 min read
We use cookies to provide a personalized experience for our users. By continuing to browse this site, you give consent for cookies to be used.
Got it!
Home > Politics > No more free pollution: It’s carbon tax time in Ontario 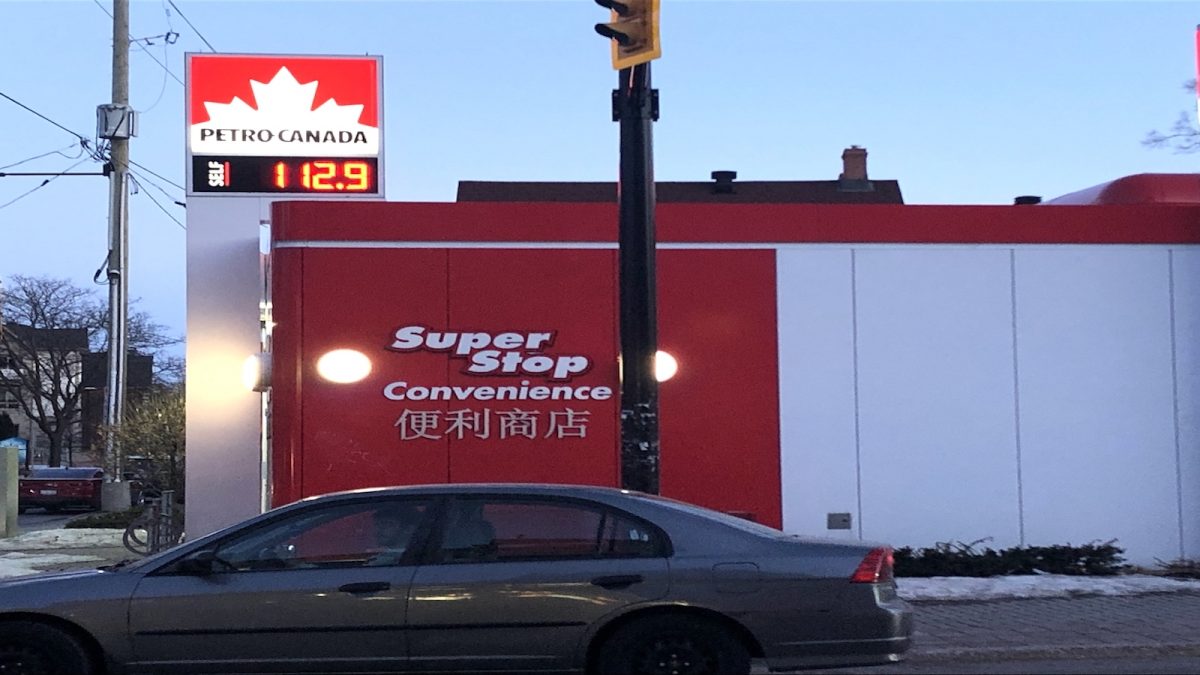 Starting in April 2019, residents in Ontario are expected to pay 4.4 cents more per litre for gas. [Photo © Vera He]
Canada

April Fools was no joke for residents in Ontario, Saskatchewan, Manitoba and New Brunswick. The federal Liberal government’s carbon pricing system that took effect in these four provinces on April 1, adding a pollution price to commodities like oil and gasoline.

The government said the levy is intended to give people an incentive to reduce their use of fossil fuels that contribute to Canada’s greenhouse gas emissions and global warming.

“Putting a price on pollution is the best way to tackle climate change because it works,” said Prime Minister Justin Trudeau when he announced the new pricing system last October.

It remains controversial in the four provinces where the ideological divide over the carbon tax had parties battling in the courts and the legislatures.

Doug Ford’s Ontario government filed its factum with the Ontario Court of Appeal last November. It challenged the constitutionality of the federal implementation of carbon tax in the province. A special five-judge panel is to hear the challenge to the federal Greenhouse Gas Pollution Pricing Act in mid-April. At the same time, the federal Conservatives are also using the carbon tax as a fundraising tool, calling it “Trudeau’s signature tax hike.”

What is a carbon tax?

Starting April 1, carbon emissions from any fossil fuel will be taxed at $20 per tonne and will increase every year until 2022, when it reaches $50 a tonne. Under this new federal levy, products such as gasoline, diesel, natural gas and coal-fired electricity will be affected.

How it is going to affect people’s lives?

Finance Canada says every $10 of carbon tax will result in an increase in the price of gas at the pump 4.4 cents per litre on average. The increase will jump to 6.6 cents per litre next year, eventually reaching 11 cents in 2022.

“The increase per litre of diesel represents $1,620 per truck per year. Times that over 700 trucks, it’s going to be over $1.13 million taken out of our economy,” said Ron Barr, general manager from the Greater Ottawa Truckers Association, who also owns a trucking business.

According to Barr, who was on Parliament Hill for a carbon tax protest on March 23, truck drivers haven’t had a raise in a long time because with all the regulations coming out, the government has made ‘profit’ “a foreign word.”

And it’s not just gas stations. Every industry that produces carbon emission is affected.

Nicholas Rivers, a social science professor at the University of Ottawa and Canada Research Chair in Climate and Energy Policy, said there are ways for industries like trucking to work around this situation, because they can pass on the cost increase to their customers.

Rivers is concerned about industries that compete internationally, such as steel makers. He said an increase in cost would put those industries at a disadvantage in the international market.

“The federal carbon policy has really tried to address that issue by using an output-based pricing system, which tries to provide subsidies to Canadian companies to offset increases caused by the carbon tax,” Rivers said.

For example, an electric generating company is considered a large emitter under the output-based pricing system. Under the new rules, a targeted amount is set by the emissions released by the most efficient companies in that sector. Similar companies will pay the carbon tax only on emissions that are above that level. This way, only the least efficient companies — from an emissions point of view — pay tax.

Will the carbon tax work?

Rivers said he thinks the carbon pricing system is a beneficial environmental policy.

“The policy on its own is not enough to dramatically reduce emissions, but that doesn’t mean it is not doing anything,” said Rivers.

Susan Sexton, an energy activist from Winnipeg who spoke at the March 23 protest, said the policy is simply making energy unaffordable.

“Ottawa’s carbon tax is a mechanism to price energy out of our reach and that will, therefore, reduce emissions,” said Sexton.

She pointed out that a carbon tax did not decrease emissions in British Columbia.

The province implemented its own pricing system in 2008. According to data from the B.C. government emissions in the province increased 2.3 per cent from 2013 to 2015, including a 7.2 per cent increase in transportation emissions, the main focus of the province’s plan.

However, emissions in the province are lower today than they were before carbon pricing was introduced in 2008. At the same time, B.C. has also experienced solid economic growth over roughly the same period.

Rivers said the increased emissions in B.C. from 2013 to 2015 is because the carbon price during those years remained the same, so it does not actually tell people about the effectiveness of carbon tax.

He suggested that what people should be looking at is whether the policy has reduced emissions relative to what it would’ve been without the policy.

“If emissions are still going up, then the policy is not strict or strong enough,” said Rivers.

The Liberal government estimated that 2022’s $50 per tonne levy should be enough to reduce greenhouse gas emissions by 60 million tonnes, though critics point out that this will not be nearly enough, on its own, to help Canada meet its targets under the Paris Climate Agreement.

Open for business: Inside Fire & Flower one of three cannabis stores in Ottawa