2 weeks ago 0 1 min read
We use cookies to provide a personalized experience for our users. By continuing to browse this site, you give consent for cookies to be used.
Got it!
Home > News > Ontario aims to expand curbside recycling and make producers responsible 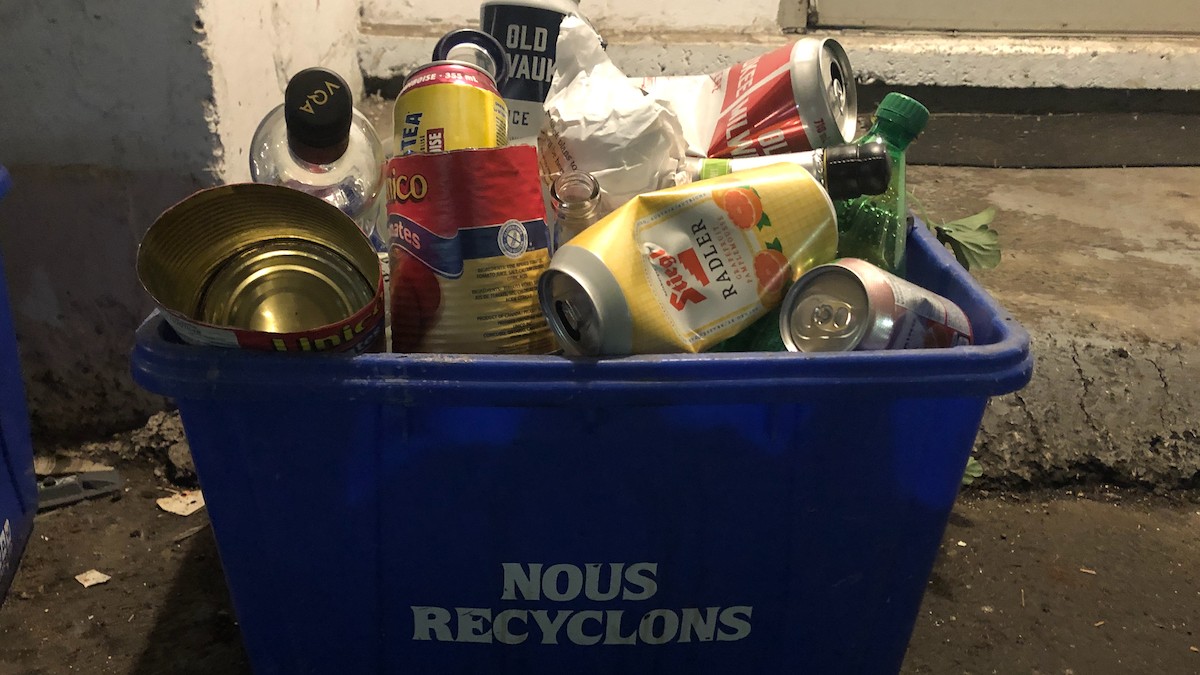 The Ontario government has announced proposed changes to the province's blue box recycling program, including an expanded list of what can be recycled, and shifting the cost of recycling from municipalities to product producers. [Photo @ Sarah-Marie Smith]
News

The Ontario government is changing the blue box recycling program to expand the system to more communities while putting more responsibility on packaging producers to shoulder the costs of diverting plastic, paper, glass and metal from landfills.

The plan would create “estimated savings of $135 million annually for municipalities” in Ontario, the government says.

“We’re creating a stronger and more effective Blue Box program that actually works,” Ontario Environment Minister Jeff Yurek said in a statement announcing the changes. “By harnessing the innovation and ingenuity of industry and expanding recycling opportunities for people and businesses across the province, we can divert more waste away from landfills by finding new purposes for products and reinserting them back into the economy.”

Industry representatives — including several who voiced support for the changes in the Ontario government’s statement announcing the proposal — are backing the plan.

Ontario NDP leader Andrea Horwath and Ontario Green Party leader Michael Schreiner have also applauded the move in principle, though Schreiner said the reforms should happen more quickly and Horwath told Global News that “the devil is going to be in the details” of proposed legislation.

The proposal will be subject to public consultations until Dec. 2.

The changes, which are built around the concept of “extended producer responsibility,” aim to shift the cost of recycling from municipalities to product producers, including grocery stores.

“The government’s intention is for producers to be responsible for designated products and packaging, including compostable materials.”

With a shift away from municipal responsibility, Duncan Bury, one of the founders of Waste Watch Ottawa, said the changes should result in a more consistent list of recyclable material across the province.

“Every municipality has to do their own promotion for their own particular program design. So there was some hope that (the new recycling program) would improve things a little bit,” says Bury.

Calvin Lakhan, a researcher at York University, told CBC News that the changes could see the cost of packaged products rise by up to 12 per cent, with average grocery bills rising by as much as $50 per month.

“So that means that if producers are meeting their obligations under the regulation, 60 per cent of flexible plastics are still going to end up in landfills, incinerators and the environment,” said Wallis, who called on the government to maintain accountability for the updated recycling program.

The proposal lists paper and plastic cups, plates, utensils, foils, stir-sticks, straws, trays and single use plastic bags on the list of what can go into the blue box in the future. Many of the products that have been added to the list were previously considered unrecyclable.

“With producers being the ones who are taking over the system,” said Wallis, “the idea is that this could incentivize them to create the technologies to be able to actually efficiently or effectively recycle the material.”

Another concern of environmentalists is the lack of focus on industrial and commercial waste. “This regulation is focused on residential waste all the way. OK. So this really addresses the financing and operation of existing municipal recycling programs. And so they needed to be fixed,” said Bury.

The new recycling regulations are expected to be in full effect by 2026.