3 days ago 0 4 min read
We use cookies to provide a personalized experience for our users. By continuing to browse this site, you give consent for cookies to be used.
Got it!
Home > News > Scientists warn of more pandemics as the buffers between humans and animal break down 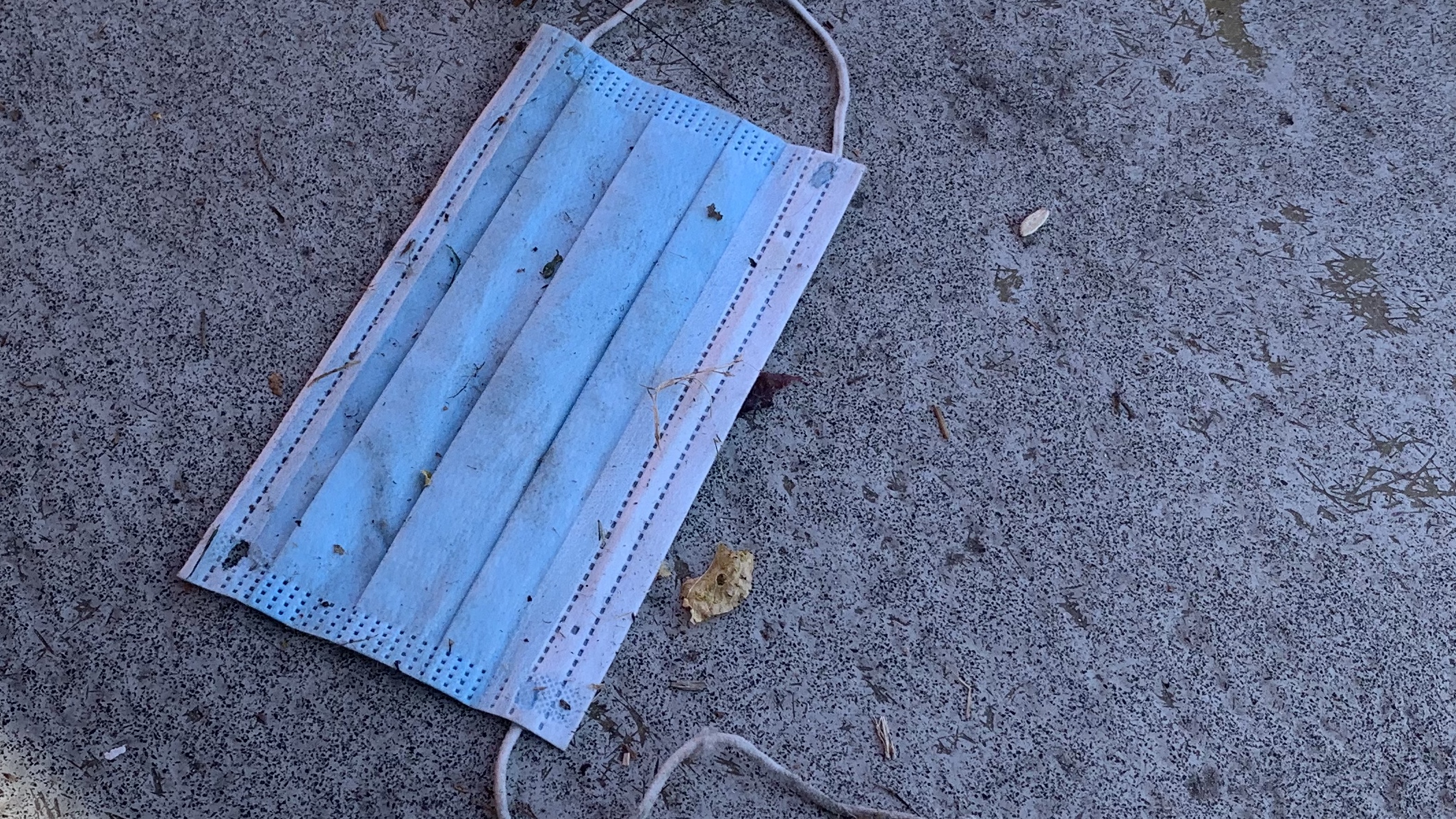 This discarded single-use mask was on the ground near a Billings Bridge bus station in south-central Ottawa. The pressure human populations have put on wildlife habitats and the planet in general — including the ever-increasing global demand for meat — has created conditions conducive to the transfer of novel viruses from animals to humans. [Photo © Rachel Morgan]
Canada

Walking down the street these days it is common to spot a discarded. trampled and forgotten face mask.

The mask has become a representative picture of the current health crisis, but the casual littering of the urban environment with them is a reminder of humanity’s general disregard of the health of the ecosystem and the increasing fragility of wildlife habitats.

These are problems that experts have linked to the COVID-19 pandemic and are sounding alarms about for the future.

The diminishing buffer between humans and animals, the result of relentless urban development, industrial-scale meat production and other factors, has heightened the risk that new diseases will cross the species divide — and scientists are saying the problem lies with humans, not the animals.

“We have to understand that what happens to Earth is due to our lifestyles,” said Rahim Baba, an Eco-Canada certified consultant and part-time professor at the University of Ottawa.

Researchers estimate there are 800,000 viruses that can affect humans, according to Robert Kessler, communications manager for EcoHealth Alliance in New York. Scientists only know of about 2,000 of these viruses, he says.

With the rapidly advancing urbanization of society, human communities are expanding into wild habitats. The UN reported 2007 as the first year in which more of the planet’s population lived in urban areas than rural areas. As of 2016, the proportion of Earth’s population living in urban areas was 54 per cent.

The issue with close contact between humans and wildlife is that there are many species that carry viruses unfamiliar and therefore dangerous to the human microbiome.

What is zoonotic disease transmission?

“If I wasn’t going to ever come into contact with bats 40 years ago and now I am, that is a place where you are going to be able to get viruses from bats,” noted Kessler, referring to the widely presumed source of the COVID-19 pandemic. He added that bats pose a particularly significant concern because they are not only good reservoirs for diseases but also highly adaptive to urban settings.

It is generally believed by scientists that the coronavirus began at a “wet market” in Wuhan, China, where perishable animal products, including bats, were being sold. While the suspected host of the virus was a species of the flying mammal — as was the case with Ebola, SARS, MERS, Nipah and Marburg — a report published by the Washington, D.C.-based Humane Society International suggests the virus may have passed through an intermediate animal host before infecting humans.

This is one of the reasons why scientists such as Raywat Deonandan, an epidemiologist and a professor in the faculty of health sciences at the University of Ottawa, argue that animal husbandry as it’s practised around the world may not be compatible with human health.

The Humane Society International report identifies increased risk of new infectious diseases through agricultural expansion and viral amplification — an increased base number of viruses due to a larger number of animals, farm concentration and live animal trades.

The report quotes the Food and Agriculture Organization of the United Nation from 2013: “Most of the new diseases that have emerged in humans over recent decades are of animal origin and are related to the human quest for more animal-source food.”

Urban settings not only increase the interaction between humans and wildlife. They also increase human interaction, making the spread of an infectious disease more difficult to stop once it has taken hold in people.

“The more densely populated we are, the more likely a disease can spread and more opportunities for ‘genetic learning’ of these diseases,” said Deonandan.

Genetic learning is the process by which a virus adapts to a human host.

The other major human-induced culprit in intensifying the threat of new infectious diseases is anthropogenic climate change.

Canada and the United States, for example, do not have the same range of viruses endemic in other places, said Kessler. “But as climates warm, we could start seeing climates that are amenable to the disease vectors for some of those diseases.”

“There is a study that I read a couple of years back that said Florida might be a hospitable environment for those (malaria carrying) mosquitos, in as close as 20 years. And then we’re going to have malaria, locally, in the United States,” he said.

So why aren’t humans paying attention to these massive threats to global health?

To Kessler, the answer is simple: “Humans in general are really good at ignoring what is not an active threat.”

After the West African Ebola epidemic from 2013 to 2016, there were many disease-prevention policies enacted which Kessler said have since been retracted. Humans are making themselves more vulnerable.

However, Kessler said there are simple measures humans can take.

“It would be an incredibly effective strategy to say that people who have a fever cannot fly,” he said, thus curbing the potential for rapid global transmission of emergent communicable diseases.

“It’s very common to have your temperature taken in an airport in Asia,” he added. “It is extremely rare in North America to do that.”

Once again it comes down to humans.

“Science knows the solution here,” said Kessler. “We just have to invest in it.”