4 days ago 0 8 min read
We use cookies to provide a personalized experience for our users. By continuing to browse this site, you give consent for cookies to be used.
Got it!
Home > News > Science > Ontario puts a priority on hotspots for second doses as evidence shows Delta variant more transmissible, less susceptible to vaccines 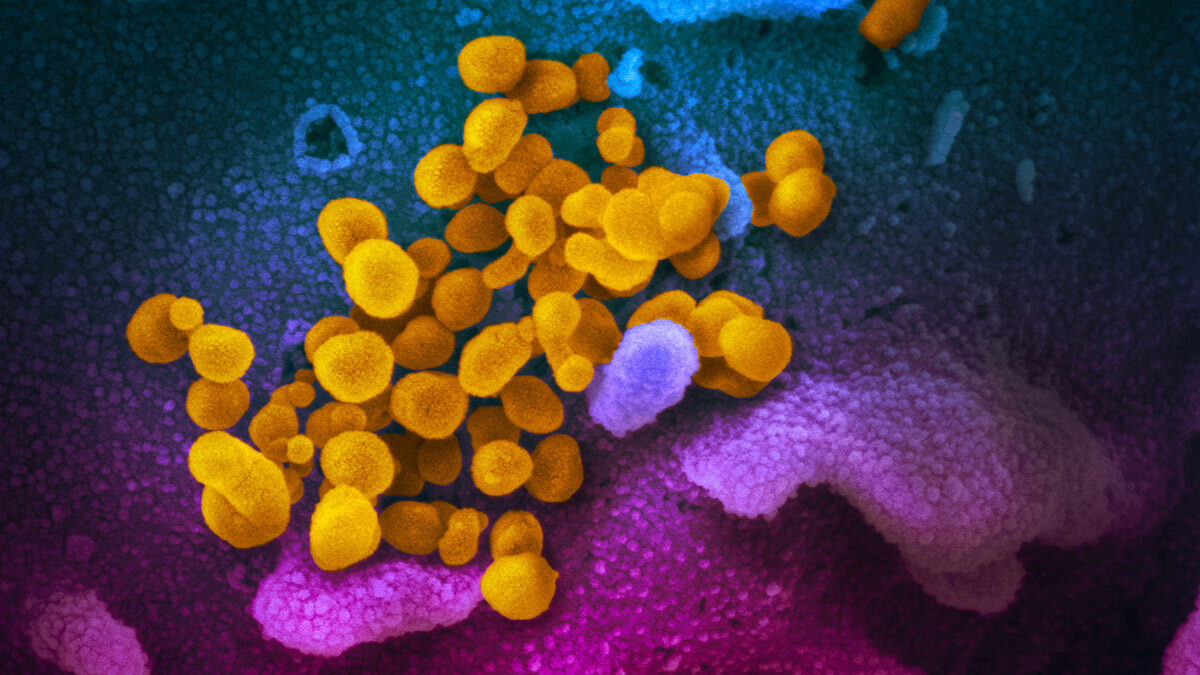 From the scanning electron microscope image shows the original SARS-CoV-2 (yellow)—also known as 2019-nCoV, the virus that causes COVID-19—isolated from a patient in the U.S., emerging from the surface of cells (blue/pink) cultured in the lab. This image was captured and colourized at the National Institute of Allergy and Infectious Diseases' Rocky Mountain Laboratories in Hamilton, Montana. National Institute of Allergy and Infectious Diseases © 2020, accessed via Creative Commons]
COVID 19

The variant, also known as B.1.6.7.2, is believed to be behind the devastating second wave in India along with a new surge in cases in the United Kingdom. The province is concerned it could now be a catalyst for a fourth wave starting in the Greater Toronto and Hamilton area.

Beginning June 14, people who live in Halton, Peel, Porcupine, Toronto, Waterloo, Wellington-Dufferin-Guelph and York public health units who have received their first dose of an mRNA vaccine on or before May 9 will be able to book an appointment for a second dose.

The Alpha variant – originally identified in the U.K. – is the dominant strain in the province and responsible for much of there third wave of cases, is 40 per cent more transmissible than the original strain of COVID-19, says Dr. Gerald Evans, an infectious disease specialist at Kingston Health Sciences Centre and Queen’s University, in Kingston, Ont. He says Delta appears to be 30 to 40 per cent more transmissible than Alpha.

The severity of infection caused by the strain is uncertain, either. Some evidence, says Evans, suggests it could result in a more severe infection, but the evidence is not strong.

According to Dr. Raywat Deonandan, an epidemiologist and associate professor at the faculty of health sciences at the University of Ottawa, an infection with the Delta strain could be 2.7 times more likely to result in hospitalization.

However, Deonandan also cautions these numbers aren’t solid, but rather observed at the population level in India where the mutation was first identified, and where there is less hospital capacity, less vaccination, as well as high rates of metabolic health issues and diabetes.

There is also concern as vaccines seem to offer slightly less protection when facing the Delta variant: one dose offers between 30 to 40 per cent protection against getting sick, says Evans.

As of right now, 68.30 per cent of Canadians 18 and older have received their first dose; but only 7.02 per cent are fully vaccinated. This is a particular concern in areas like Peel Region, where the percentage of people who’ve received their second dose lags behind the provincial average and where cases of the Delta variant are high.

Dr. Seema Marwaha, physician and co-founder of the South Asian Health Network and assistant professor of medicine at the University of Toronto, says hot spot areas must be priorities for second doses of the vaccine to prevent a fourth wave. “And then, places that are known within hotspots to be areas where spread happens – and in Peel specifically, that’s workplaces and multigenerational homes – should also be priorized.”

An effective strategy to suppress the spread of Delta would be to ensure that more vaccines are delivered to Peel to be distributed amongst those at high risk, says Marwaha. “It’s important provincially that we prioritize hot spot regions like Peel but it’s also important within Peel that we target the groups that are at the highest risk.”

“Together, those prioritization strategies can help mitigate the spread of the Delta variant and hopefully prevent a fourth wave from spreading across the province.”

On Monday, the Ontario government announced it would be reopening the province earlier than expected, on Friday.

It’s reasonable to reopen at this point, says Dr. Dominik Mertz, associate professor of infectious diseases at McMaster University in Hamilton. Despite Delta estimated to be behind one quarter of all positives in the province, “our case numbers are low enough and the health system has not fully recovered, not at all, but it’s in much better state than a few weeks ago,” says Mertz.

“If Delta produces a problem, it’s going to be very much tempered by the fact that we have less cases out there,” says Evans. Although the percentage of cases that are Delta are high, the overall case numbers are low, he adds.

“We have got vaccine into people, so now it’s a matter of just double vaccinating in the hotspots, and if we do that I think we should be able to get on top of Delta without too many problems, and without seeing a big major resurgence.”

As of right now, says Evans, the variant is mostly confined to northwest of the GTA and in Kitchener-Waterloo.

That said, says Evans, the Delta variant doesn’t possess either of the two mutations used for rapid tests. So in order to know whether an infection is caused by Delta, whole genome sequencing is used. In this process, the entire genome of the variant is analysed for mutations which indicate which variant it is, and requires a week to complete as opposed to a few hours.

However, Evans says he’s confident that rapid tests for the Delta variant will be available in coming weeks.

“The goal here has to be avoiding that fourth wave,” Deonandan says. He says he thinks a fourth wave is avoidable, especially with a focus on vaccinating hot spots.

“We’re getting enough vaccines to do so,” he says. He adds that the schedule for second doses should also be accelerated to at least three months.

But the reopening shouldn’t be accelerated, says Deonandan, in the first stage, most activities are low-risk, such as outdoor dining.

The province should stay on this course until August, when it’s believed that at least half of Canadians will have two doses, he says.