1 week ago 0 3 min read
We use cookies to provide a personalized experience for our users. By continuing to browse this site, you give consent for cookies to be used.
Got it!
Home > Featured > Ottawa lags in reducing single-use plastic, councillor says 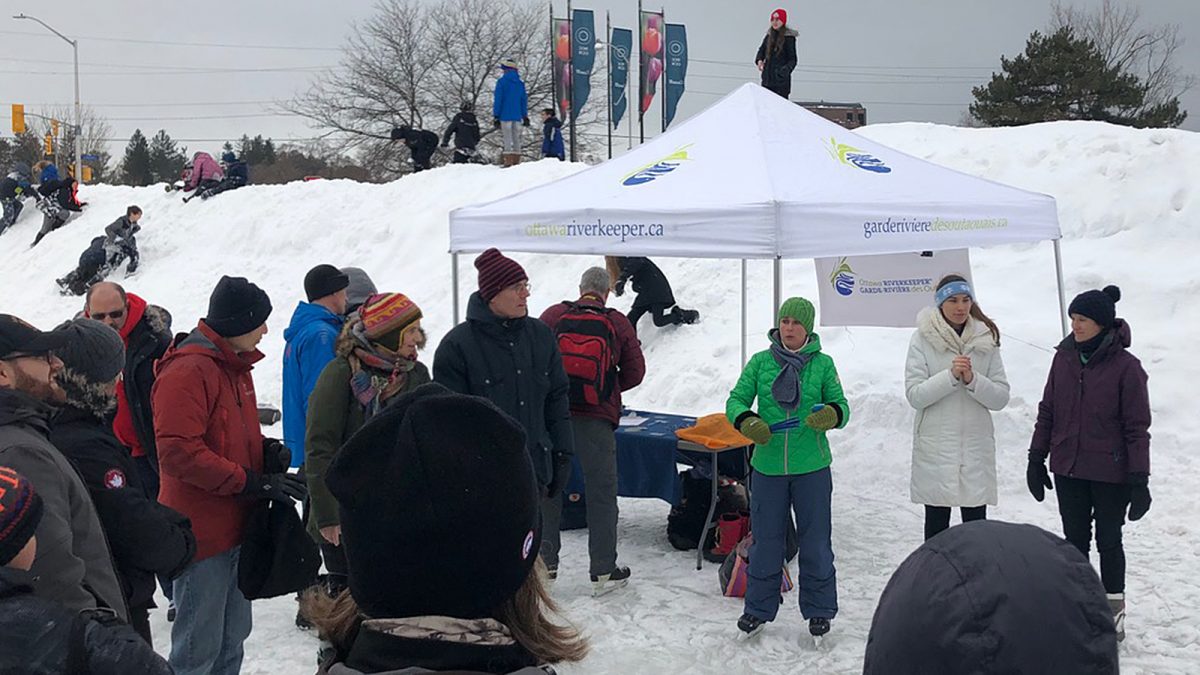 As global concern about plastic waste grows, one of the new members of Ottawa City Council is frustrated that the nation’s capital has not taken more action on the issue.

“We’re not a green city,” said Capital Ward Counc. Shawn Menard. “We may present ourselves that way but that’s not the case.”

The vice-chair of the city’s environment committee said that research has been underway since last year to help determine how to reduce consumption of single-use plastic but nothing concrete has been done.

“We have no policies that work towards phasing them out or banning them or not using them in council chambers or not having them in our city facilities,” said Menard. “As of right now, the city is doing nothing on it.”

Menard points to a city contract that has all vending machines in municipal buildings stocked with Coca-Cola-branded products, which includes bottled water.

“Our view is that we should not being having those products in vending machines in city facilities any longer, particularly when our water is better to drink than the bottled water,” said Menard. One option would be to not renew the contract once it expires.

Menard also says that the Glebe Community Association conducted research on municipalities that had some form of plastic reduction policy and thinks the information will provide good framework to begin plastic reduction in Ottawa, citing implementing fines for the use of plastic bags as one way to curb plastic consumption.

At a G7 ministers’ meeting last year, Canada’s Environment and Climate Change Minister Catherine McKenna said this country would eliminate single-use plastics within federal operations and that by 2030, the national government will recycle 75 per cent of all its plastic waste.

Earlier this month, Minister of Fisheries and Oceans Canada Jonathan Wilkinson announced the department would implement a policy that focuses on preventing plastic pollution by targeting single-use plastic consumption. They are the first federal department to do so.

In an emailed response, Fisheries and Oceans Canada communications officer Robin Jahn wrote that the objective of the policy “is to support the protection of the aquatic environment and freshwater and aquatic species” as well as working towards improving the sustainability of fishing industries.

Last summer, Victoria, B.C., put a bylaw in place that prevents businesses in the city from offering single-use plastic bags to customers. A similar concept has been in the works since 2016 in Vancouver, where they’ve developed a strategy to reduce waste from items like take-out containers and plastic utensils.

In Ottawa, despite a lack of action on the municipal level, local businesses like Black Squirrel Books and Espresso Bar have eliminated plastic straws.

Larissa Holman, the group’s river watch co-ordinator, said packaging and other single-use plastics are often found on the river’s banks during shoreline cleanups, a lot of which is “not of sufficient quality that they’re able to be recycled.”

She added that further research needs to be conducted to get a better sense of Ottawa’s water ways.

“There’s definitely pollution in the [Ottawa] river,” said Jesse Vermaire, an aquatic ecologist and a professor at Carleton University. “What the impact of that is, I think [is still] something that’s being studied.”

Vermaire agrees that the extent of aquatic pollution in Ottawa is not fully known.

Vermaire said it’s only in the last four or five years that the effects of microplastics in water have been studied and that without more information, “we don’t have a good way yet of measuring if these [government] actions are actually reducing the amount of plastic waste in the environment because we don’t really have a good idea of what we’re starting with.”

Menard calls Ottawa a “laggard” when it comes to taking action on cutting back on using single-use plastics.

“At the end of the day it’s about political will and that doesn’t exist in our city right now,” he said.

He’s hopeful, however, that the new council will consider the issue with a sense of “urgency” and assist in changing city policy to move closer towards being a green city.

What are other places in Canada doing about single-use plastic?

While the city of Ottawa lags in single-use plastic reduction, other cities and provinces have been working on ways to curb their own plastic use:
Toronto: As a part of the city’s Long Term Waste Management Strategy, Toronto held a presentation, organized an online survey among other events to get feedback from residents on how to “reduce single-use and takeaway items — such as coffee cups, plastic bags, take-out containers and plastic cutlery.”
Calgary: Since last fall, Calgary has used Engage, the city’s online project portal, to get information about what kind of single-use plastics residents use. The report created using the information gathered from the surveys will be presented to the Standing Policy Committee on Utilities and Corporate Services this spring.
Halifax: The regional council in Halifax recently voted in favour of drafting a bylaw “to eliminate the distribution of single-use plastic bags.” The bylaw should make it into city hall council for consideration before the end of the year.
Prince Edward Island: P.E.I.’s Plastic Bag Reduction Act comes into effect July 1 this year and prohibits businesses from offering customers plastic checkout bags, making P.E.I. the first province to ban the item.