5 days ago 0 4 min read
We use cookies to provide a personalized experience for our users. By continuing to browse this site, you give consent for cookies to be used.
Got it!
Home > News > Ottawa > Ottawa Muslim community braces for Ramadan under quarantine 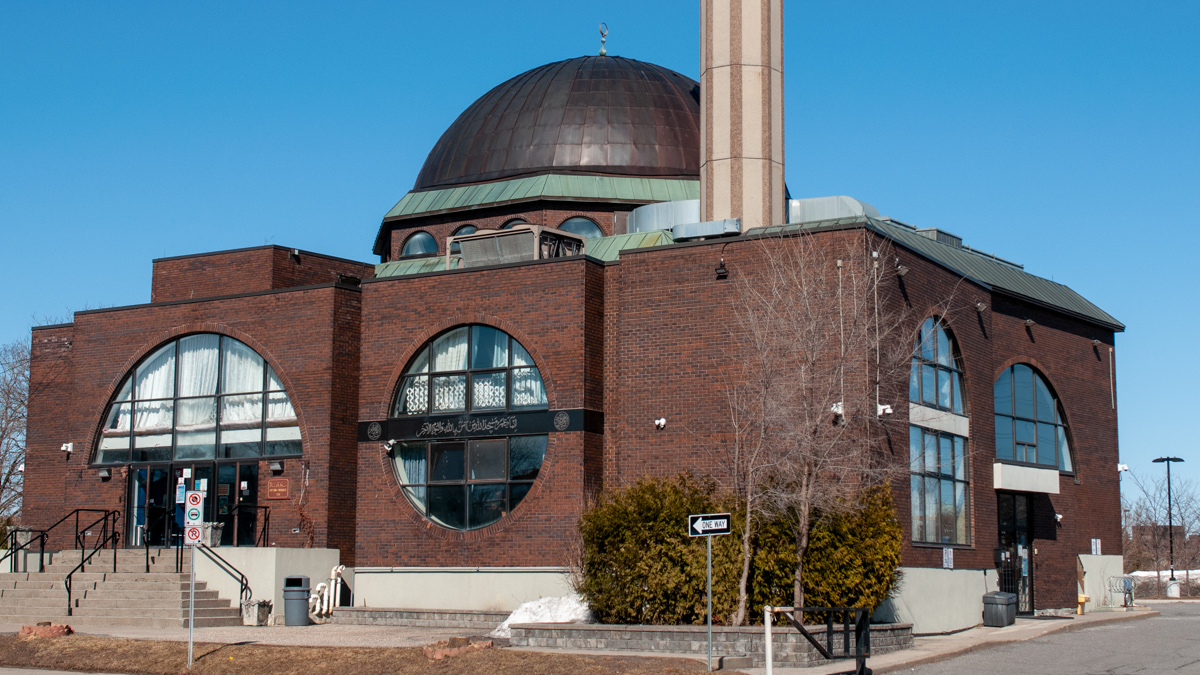 The Ottawa Mosque, situated near Tunney's Pasture, is one of several mosques in Ottawa which have suspended prayers due to COVID-19. [Photo © Leila El Shennawy].
Community

The COVID-19 pandemic has members of Ottawa’s Muslim community facing the likelihood that Ramadan will be different than ever before. This year, the month of fasting, community gatherings and religious rituals is expected to begin on April 23.

Ramadan is a special time of year for Muslims, spiritually and socially. Many families take the start of Ramadan as a sign to see friends, invite others for meals and gather by the hundreds to perform nightly prayers called tarawih.

But for this year, Muslims in Ottawa will not likely fill any of Ottawa’s several mosques. For many Muslims, no tarawih at the mosque is unheard of.

Jalil Marhnouj is the president of the Assunnah Muslims Association (AMA) board, which runs the AMA Community Centre and the Mosque of Mercy on Hunt Club Road.

The AMA closed its doors on March 16, after recommendations from Ottawa Public Health and the City of Ottawa made it clear that in-person religious services were a public health risk.

Other mosques in Ottawa have also suspended their daily congregational prayers and Friday prayers leading up to Ramadan.

Marhnouj said members of the congregation were shocked and saddened at the decision to close the mosque, but they were also understanding. “I’ve never seen any (mosque) closing down,” he said. “This is really very, very sad.”

He said Ramadan will not be the same without being able to pray tarawih or eat iftar, the fast-breaking meal eaten after sunset, in the mosque.

“Some people have been going to the (mosque) for as long as it has been open. And now they can’t,” he said. For the elder members of the congregation, he said, going to the mosque is a large part of their routine, identity, and social life.

“It’s taking something away from them,” Marhnouj said.

Asma Amjad, an Ottawa doctor and vice president of the Muslim Medical Association of Canada, said while no one wants to see religious institutions close, it’s necessary to prevent further illnesses and deaths.

“We as responsible citizens, responsible Muslims, we have to abide by these rules,” she said. “One thing we know for sure is that social distancing and quarantine helps.”

Amjad said while guidelines are changing on a daily basis, so far there haven’t been any recommendations advising Muslims not to fast this year. “During a pandemic, I think we can continue fasting, unless there are other reasons not to,” she said.

She said if someone doesn’t usually fast because they take medications, have chronic health issues, or are ill or elderly, then they shouldn’t fast this year.

Iesha-Aminata Camara, a Muslim neuroscience student at Carleton University, said she’ll miss being around people and serving food to others this Ramadan.

“Not being able to do that potentially, I’m like, ‘yikes,’” she said. “I don’t know what’s going to happen.”