2 weeks ago 0 1 min read
We use cookies to provide a personalized experience for our users. By continuing to browse this site, you give consent for cookies to be used.
Got it!
Home > News > Ottawa > Ottawa parents still facing shortage of children’s medication 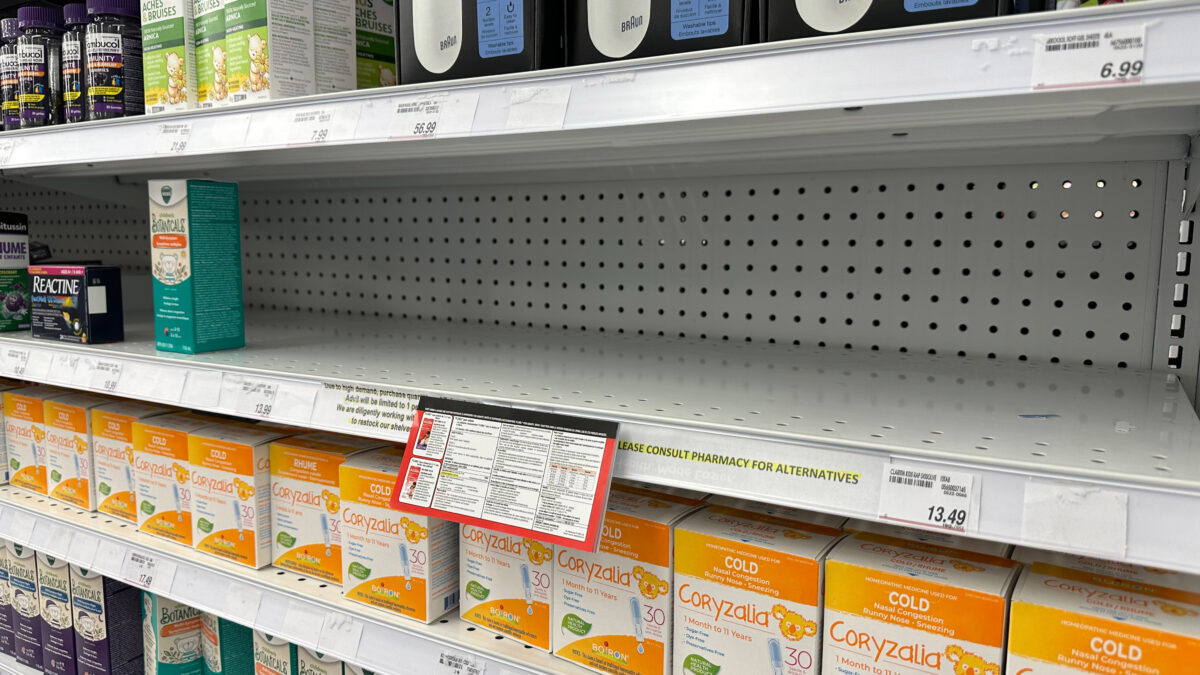 CHEO is overrun with a surge of young patients, and the country is dealing with shortages in Children’s Advil and Tylenol. And now, even independent compounding pharmacies — which provided some relief early in the crisis – are feeling the pressure.

“We are compounding on a daily basis and we are we providing to all the kids and the parents who need it, even from different areas,” said pharmacist Bashir Amir, co-owner and operator at Orléans Compounding Community Pharmacy. But, he added, “it’s a struggle because the demand is more now.

“Right now we are managing, but the reality is when we order from our compounding wholesaler, they don’t always have enough and quite a few things are back-ordered.”

The shortage is making it increasingly difficult for pharmacists to create syrups for younger children who are unable to take pills or chewable tablets. formulations.

“If parents have an older kid and have made the right calculation of the dose, [then] they’re able to take half a [an adult] tablet. But that’s not an option for the very young,” says Christine Landry, adjunct professor and project lead for the PharmD program at the University of Ottawa.

The shortage in children’s medication is exacerbated by the fact, that while COVID-19 still lingers, influenza and RSV infections have also risen. CHEO has been inundated by families who have had a hard time controlling their children’s fevers and other symptoms at home. Recently, CHEO even turned to the Red Cross for extra help.

For Richelle Weeks, it is crucial that she has a stock of children’s Tylenol and Advil for her five-year-old daughter, Emily, who has epilepsy. Her seizures are triggered when she breaks a fever. Weeks and her husband control Emily’s fevers with Advil and Tylenol.

Emily has been sick at least once a month since September, her mother says, and Weeks has struggled to find the right dose of the medication that keeps Emily safe from her epilepsy reactions.

“I started … driving around to Loblaws and Shoppers and some of the smaller drugstores and everybody was out … there was no Tylenol or Advil, so I posted on Facebook and a neighbour down the street dropped off a bottle of Advil.”

Weeks also received ibuprofen from friends who had visited the United States. She had also posted in community Facebook groups, saying she was looking for children’s Advil and Tylenol.

Weeks also went to a compounding pharmacy for acetaminophen but explains that the formulation she was given was hard for Emily to take.

“Emily hates it, she almost gags every time we give it to her because it’s not flavourful and tasty like the commercial Tylenol and Advil for children.”

Desperate parents are looking in the United States for equivalents to children’s Tylenol and Advil but experts are urging them not to.

Dr. Alykhan Abdulla, a family physician in Ottawa, says the spike in respiratory or flu viruses in children is linked to lack of exposure during the pandemic, when children stayed home or wore masks. “A lot of the younger kids have not been exposed to viruses, because we’ve sheltered them from other people by wearing masks and kept them at home.”

While the shortage in acetaminophen and ibuprofen continues, pharmacists suggest other ways to alleviate symptoms. For instance, Holly Southby, pharmacy manager of Pharmacie MediOne Inc, located in Vanier, says “When we talk to parents, there’s always a discussion as to why they want what they’re buying and as pharmacists we always use the non-drug approach too.”

For instance, sometimes parents can help a child lower their high body temperature with ”a nice tepid bath,” she says, or by dressing them in layers that can be shed as needed.

Health Canada has imported more supplies of children’s acetaminophen and parents are seeing it on the shelves, if briefly.

But, as infections keep rising, the pressure on parents, hospitals and pharmacies does as well.