5 days ago 0 6 min read
We use cookies to provide a personalized experience for our users. By continuing to browse this site, you give consent for cookies to be used.
Got it!
Home > News > Social Issues > Ottawa police shun new gadgets to test for cannabis at roadside stops 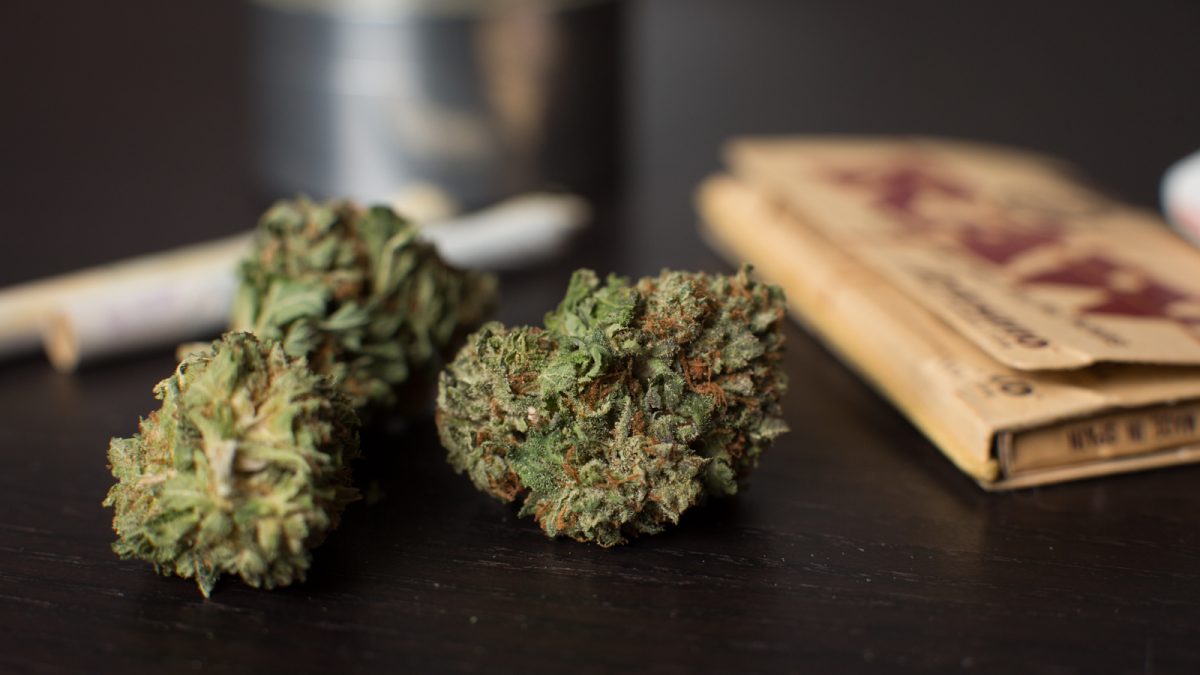 A report released by Statistics Canada suggests legalization has spiked an increase in cannabis popularity, with 74 per cent of respondents indicating they began consuming cannabis after it was legalized. [Photo @ David Kawai]
Cannabis

The Ottawa police will not be using recently approved saliva tests to test for cannabis at roadside stops when the drug is legalized.

The test, called the Drager Drugtest 5000, was approved by the government in August in the run-up to marijuana legalization on Oct. 17. It uses saliva to test for THC, one of the active components in cannabis.

However, the device has accuracy issues, according to a study done in Norway.

“The DDT5000 did not absolutely correctly identify DUID (driving under the influence of drugs) offenders due to fairly large proportions of false-positive or false-negative results compared to drug concentrations in blood,” according to the study.

These inaccuracies have appeared in climates similar to Canada’s, according to Michael Spratt, partner and criminal defence counsel at Abergel Goldstein & Partners LLP.

“The government needs to re-evaluate the use of the inaccurate Drager machine,” Spratt said.

He said that until a better system comes out, the testing system police are using should be enough.

“It may not be perfect, but it is the best we have,” he said.

The Ottawa police have systems that have been used for years – the Standardized Field Sobriety Test, or SFST, and the Drug Recognition Evaluation, or DRE – according to media relations Const. Amy Gagnon, who is DRE certified.

“We’ve already been testing for drug-impaired driving, whether it be cannabis, whether it be narcs [narcotics], depressants, or stims [stimulants], for almost a decade,” she said.

SFST is a roadside test to determine if someone is impaired. DRE is a 12-step process (see below) administered at a police station by a drug recognition expert. At the end of the process, the expert has to form an opinion on whether the person is impaired, and, if so, by what class of drug. A toxicological sample is then taken, but Gagnon said this is just to confirm the decision. It is the decision that is cause for a charge.

But the DRE program too has been criticized for being inaccurate, particularly due to biases and discrimination. In an episode of the Fifth Estate, a professor of medicine at McMaster University said the accuracy of the DRE test is equivalent to ‘flipping a coin.’

However, according to a 2010 study, “a statistical model that includes 11 clinical indicators significantly predicted the correct drug combinations.”

Gagnon said DRE is standard all over the world. She adds that the officer who makes the arrest is not the one who performs the 12 steps. It is a separate, trained officer who acts as an unbiased third party, she said.

However, Spratt said the Ottawa police do show bias in whom they pull over.

“What we know in the Ottawa context from one of the largest traffic and race studies ever conducted … is that the Ottawa police disproportionately pull over visible minorities,” he said.

Despite this, he says ultimately these people will not be charged if they aren’t found to be impaired.

Gagnon wants the public to be educated on these tests.

“Unless you’ve actually been arrested for being impaired by drugs, you’re not really aware of it. So, the biggest thing is that it’s out there now in the public’s eye,” she said.

Joydeep Gill, a cannabis user,  is skeptical that officers would be able to determine whether somebody was impaired just by observing them. He said it’s nearly impossible to tell if someone is under the influence unless that person is obviously showing signs of impairment.

“Unless they act drunk, you can’t really tell. It’s the same with being high,” he said.

But Gagnon wants people to know that if they drive under the influence of cannabis, they can be caught.

Gagnon said that after looking at information from U.S. states that have legalized cannabis, the Ottawa police do expect an increase in impaired drivers, but whether that will be immediately like some states, or after nine months like others, is unknown.

The Ottawa police are training more officers to be able to perform SFST and DRE in preparation.

There are 28 Drug Recognition Experts in Ottawa, Gagnon said, adding the force hopes to have 50 in the next few years and have every vehicle on patrol able to perform the Field Sobriety Tests, she said.

Drug Recognition Evaluations (DRE) are 12-step evaluations done by trained Drug Recognition Experts
Step 1 – There has to be suspicion of alcohol impairment to be pulled over, so the first step is a breath test to eliminate this possibility. If impairment is still suspected, the individual is arrested and brought to the police station for further evaluation.
Step 2 – An interview with the arresting officer to understand what the grounds for arrest were.
Step 3 – Preliminary observations are made. The potentially impaired person’s pulse will be taken. If it is decided here the person needs medical attention, he/she will get it.
Step 4 – An eye exam is administered.
Step 5 – Four different divided attention tests are given.
Step 6 – A clinical exam is given. The potentially impaired person’s pulse will be taken again, and his/her blood pressure and temperature will be taken.
Step 7 – He/she will be put in a dark room and then made to look directly into a light to check pupil dilation.
Step 8 – Muscle tone is checked because certain drugs make people tense up while others affect muscles in the opposite way. “Even somebody who works out, there are certain drugs they will take, their muscles can’t flex – they’re completely jello,” Gagnon said.
Step 9 – The Drug Recognition Expert looks for injection marks or tracks to indicate if there is a history of drug usage. Pulse is also taken for the third and final time.
Step 10 – A series of quick questions are asked.
Step 11 – The Drug Recognition Experts determines whether or not the potentially impaired person is in fact impaired, and by what class of drug. This opinion is used as a basis for a charge.
Step 12 – If the opinion is that the person is impaired, a toxicological test is taken to be used as confirmation.