3 days ago 0 4 min read
We use cookies to provide a personalized experience for our users. By continuing to browse this site, you give consent for cookies to be used.
Got it!
Home > News > Social Issues > Ottawa post-secondary institutions are doing more to prevent sexual violence on campus 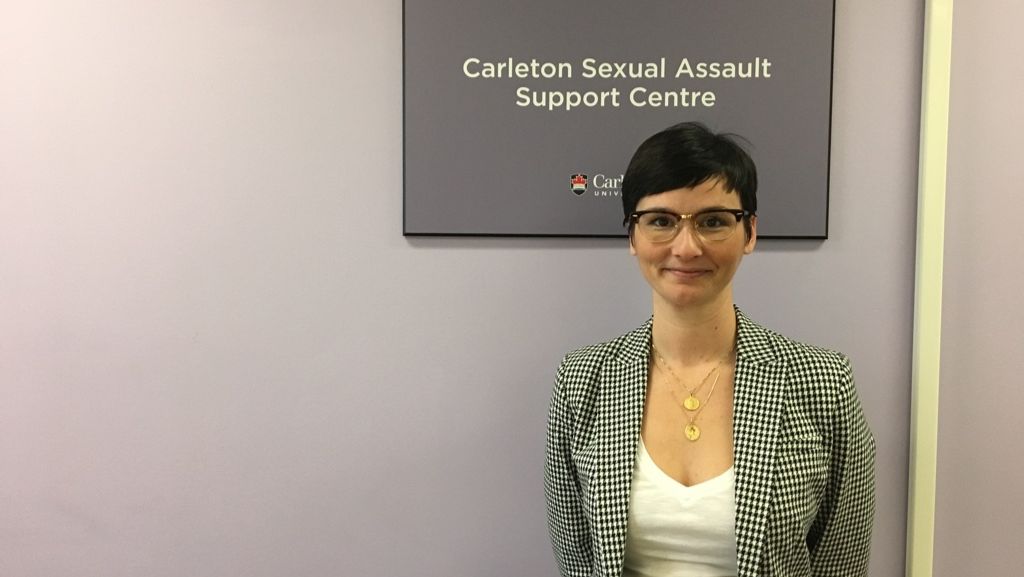 By inceptionpreauth, 4 years ago 0 4 min read

Most victims of sexual assault in Canada are in their first year at post-secondary schools. Ottawa’s campuses are now working together to create safer schools through prevention.

In October 2017, police released a survey stating that of 117,000 sexual violence cases reported in Canada the median age of victims was 18 years old.

Bailey Reed, sexual assault services co-ordinator at Carleton University said, this statistic reveals most victims are assaulted within the first year of attending a post-secondary institution.

In 2016, the provincial government implemented Bill-132, the Sexual Violence and Harassment Action Plan Act. This ensured all Ontario campuses implement a sexual violence policy effective in the following year.

In Ottawa, Algonquin College, Carleton University, La Cite Collegiale, University of Ottawa and St. Paul’s University each have a stand-alone policy up for review in the next five years. The topic for discussion now is ‘what’s next?’ and ‘how can Ottawa campuses become even safer?’

The policies in place at Ottawa institutions are response-based, focusing on what happens when violence occurs. “I think a real strategy action document for prevention is what we need next,” said Carleton’s Reed.

Reed addressed co-creating a document for prevention work on campus will be the next step for the policy. Ottawa campuses are striving to promote consent-culture as a prevention strategy.

According to Only with Consent’s webpage, consent culture is defined as “culture in which asking for consent is normalized. It is respecting the person’s response even if it isn’t the response you had hoped for.”

“Although the cases of violence take place on college and university campuses we need to start these consent conversations very early in life, and that means we need comprehensive sex-ed, and all sorts of programs in place well before people get to university,” said Reed.

Laura Stanbra, Vice President of student services at Algonquin College, has been working closely with fellow colleges to develop a standard template. This way the policy is consistent and brings proper awareness to students and faculty, she said.

“We have a committee with all the Vice Presidents of colleges, we stay in touch with each other on how we can work together as a system and we all agreed that we should work from a common template,” said Stanbra.

Algonquin has advanced programs such as mandatory sexual assault training for all faculty members who work in direct line of support with students, said Stanbra.

“With all this deeper training, we will see what type of feedback we are getting from people. Do they understand the policy? Does it need to be clearer?” The institution is open to amending the policy if it doesn’t work for people, said Stanbra.

“A policy is one thing, and having a clear policy is great, but in my mind for any policy the training and awareness that goes to support it is equally or more important,” said Stanbra.

Algonquin is also recognized for Project Lighthouse, a prevention and awareness program lead by Sarah Crawford along with student volunteers. “This fall alone they have held 23 different events,” said Stanbra.

“Certainly, within this province having someone such as Crawford to support prevention programs and awareness events is becoming quite prevalent on post-secondary campuses,” said Stanbra.

“It’s a reality in our environment and an important fundamental level of safety or well-being necessary on post-secondary campuses with a large population of young students,” added Stanbra. “It’s important as they’re starting out with their own independence that we provide prevention and support.”

“The mandate was absolutely a first step because that was the provincial government acknowledging that sexual violence existed on campuses. I think now it’s up to universities and students to make sure institutional and cultural practices are in place to actually do something about it,” said Hall.

Getting the flu shot: The rates are low in Ontario