6 days ago 0 8 min read
We use cookies to provide a personalized experience for our users. By continuing to browse this site, you give consent for cookies to be used.
Got it!
Home > Life > Ottawa rescue groups helping dogs displaced by hurricane in Bahamas 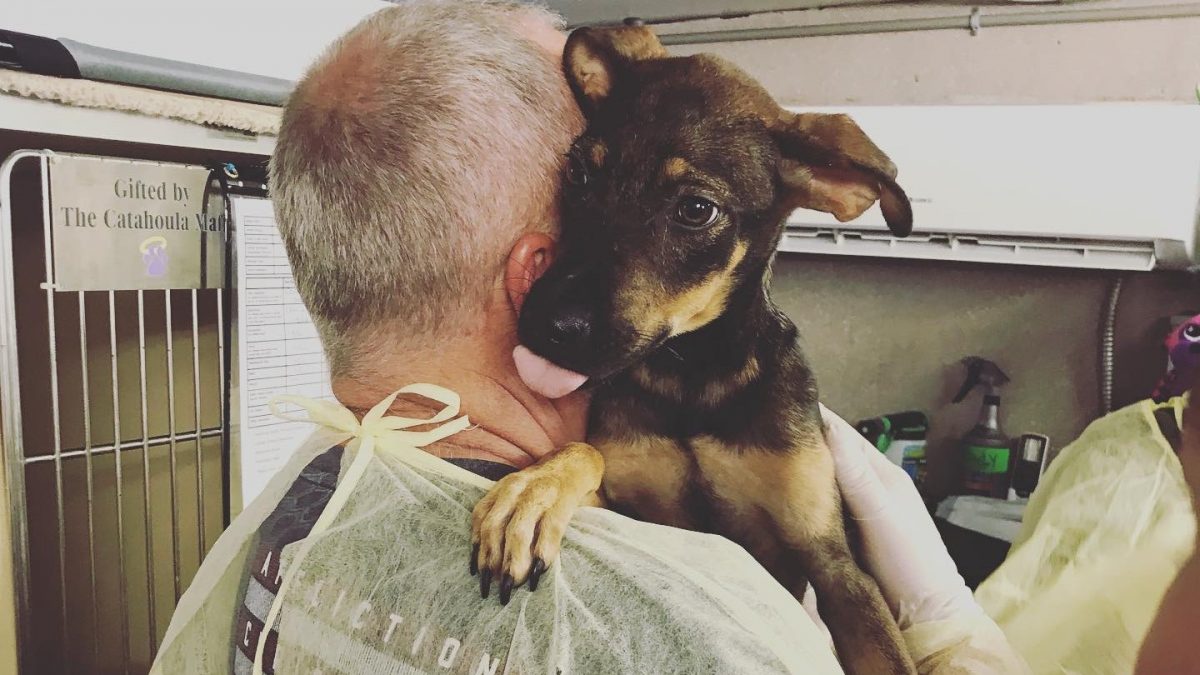 Following the recent devastation of Hurricane Dorian, more than 50 dog shelters from across Ontario — including several from Ottawa — have banded together to collect donations and lend a hand in the rescue of dogs from the Bahamas displaced by the storm.

The umbrella group for these rescue efforts is called the Coalition of Ontario Rescues for Emergency Support, (CORES). On its website, the coalition says it wants to help as many pets as possible, gather supplies and partner with rescues and shelters directly affected by the storm.

“Everybody is doing humanitarian work for the people,” said Toronto-based rescue advocate Sandra Train, a founder of CORES. “What I learned while helping after Hurricane Katrina is that aid would leave the dogs behind.”

Train described what happened as Mary Hutchinson, an official with the Humane Society of Grand Bahama island, was updating that organization’s Facebook page during the storm.

“The last post was her saying staff had water up to their necks,” said Train. “They couldn’t contact the coast guard, so they didn’t know what would happen.

“They were thinking the worst for hours,” said Train. “The shelter couldn’t withstand the storm.”

The Bahamian humane society eventually lost 113 dogs and cats in the storm.

Hurricane Dorian hit Abaco Islands and Grand Bahama on Sept. 3. CORES has since collected supplies from across Ontario to help pets that survived the storm but were left at risk in Dorian’s aftermath.

“To some people they are family members,” said Paige Denis, adoption co-ordinator at Homes for Paws in Ottawa. “So it’s obviously devastating to leave them behind, but it’s important to the people and gives them peace of mind to know the recovery efforts include their animals.”

“There’s a lot of communication between rescues even if they’re not close. Everyone started to collect donations for the people and for the dogs,” said Denis. “All the rescues banded together, collecting donations in one spot and put them on a transport down to Carolina, Georgia and Florida.”

Train and other members of CORES were part of the convoy that headed to the southern U.S. to drop off donations to the H.A.L.O No Kill Shelter, an animal protection facility in Sebastian, Florida, which is currently vetting, fostering and taking care of 83 dogs and one cat rescued from the Bahamas.

“Unfortunately, some were in really bad shape,” said Allyson Bootes, H.A.L.O.’s director of development. “They’d been standing in salt water with gasoline for a week and a half.”

The storm left many animals with salt burns, as well as ear and eye infections.

“Right now, we’re under strict quarantine guideline,” said Bootes. “All staff must wear booties and medical gloves when handling the animals… They must be separated from the healthy dogs.”

As a result of the rescue mission so far, H.A.L.O and other shelters in nearby U.S. states faced a serious overpopulation of animals until CORES offered to take some healthier U.S. dogs back to Ontario.

“We leave the Bahamian dogs in Florida, close to home, so people in the Bahamas can look, find and be reunited with their dogs,” said Train. “By taking the Georgia and Florida dogs, we pull a chunk to make room for the Bahamian dogs.”

The dogs that CORES transported to Canada have already been registered in the Ontario shelter system. The dogs were distributed among rescues or foster homes throughout the province.

“There’s been amazing community partnership. The fact that C.O.R.E.S came down from Ontario is just amazing to me,” said Bootes. “To see everyone come together is just fantastic.”

“The plan,” added Train, “is to go down and get more (dogs) and do the same thing over again.”