6 days ago 0 3 min read
We use cookies to provide a personalized experience for our users. By continuing to browse this site, you give consent for cookies to be used.
Got it!
Home > Health > Seniors > Ottawa rethinks recreation for aging, diverse downtown residents 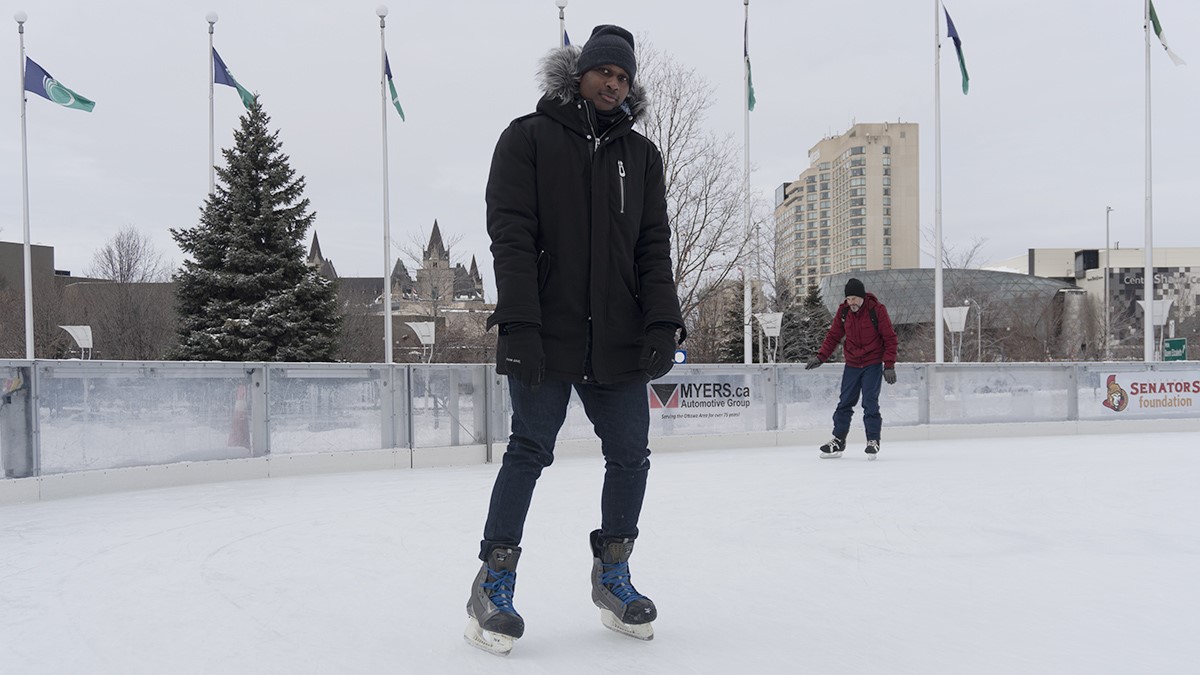 Skaters enjoy an afternoon on the Rink of Dreams in front of Ottawa City Hall on Tuesday, Jan. 21. The city has been consulting residents of the downtown area on ways to improve recreational activities as the population ages and becomes more culturally diverse. © Haesun Jung
Community

The city has completed the public phase of a review of recreational programs in downtown Ottawa that is looking for ways to be more open to a culturally diverse community and better suit the needs of an aging population.

“We just haven’t taken a look at the downtown core in a really long time, while some other areas have been developed, so we just felt it was time,” said Caroline Obeid, the city’s manager of the review.

“We’re seeing a lot more new Canadians and racially diverse people in the downtown core,” said Obeid, adding that the area is also home to many young families, students and retirees.

Obeid said major changes to downtown culture and recreation facilities, including the renovated and expanded Ottawa Art Gallery, as well as the planned new central library on the eastern edge of LeBreton Flats, also make this a good time to reflect on city activities in the area.

The area under review stretches from Bronson Avenue to the Rideau River and from the Queensway to the Ottawa River. It includes neighbourhoods such as Sandy Hill, Lowertown and Centretown. The area contains Jack Purcell, Routhier, and Sandy Hill community centres, as well as the McNabb Recreation Centre and several parks and libraries.

There is a wide range of activities that are offered by the community centres for all ages, such as swimming, pottery and fitness. Obeid said she heard requests for more culturally diverse programming such as events in different languages, as well as food or cooking sessions involving cuisine from the countries of origin of new Canadians.

“We’ve seen recently a rise in requests for fitness classes, which we’ve tried to accommodate, especially for older adults who are trying to fit more stuff in during the daytime,” said Derek McDonald, program director at the Sandy Hill Community Centre.

Lowertown resident Sandy Kusugak said she wants the city to provide better equipment. She said much of the equipment used by her fitness group at the Routhier Community Centre was donated by members of the group.

“For me personally, I would like more fitness classes to be offered during the daytime,” Kusugak said at a recent city consultation. “We have a very good instructor, but we have Wednesdays and Fridays from 2 to 3 p.m. There is no other option for a general fitness stretch and muscle-building during the day in this area.”

“I also suspect that it’s not just me,” Kusugak said. “I think there’s probably a lot of people around here that must feel the same. There must be more people to come to places like this. It’s a matter of finding them.”

Other residents at the consultation also emphasized the importance of city programs to communities.

“I believe so strongly in community centres being part of every neighbourhood in Ottawa,” said Sheila Perry, the president of the Federation of Citizens’ Associations of Ottawa, a group that represents community organizations across the city. “We all need a place for recreational and cultural opportunities, and we’re lucky to have centres like this,” Perry said.

Obeid said city staff is reviewing the feedback it has received and is studying the demographic data in more detail, before a final report expected this spring. Obeid said the report will take time to be implemented, so there likely will not be any changes until this fall or early next year.