2 days ago 0 2 min read
We use cookies to provide a personalized experience for our users. By continuing to browse this site, you give consent for cookies to be used.
Got it!
Home > News > Ottawa > Ottawa Symphony Orchestra emerges from the pandemic under new artist-led management and no deficit 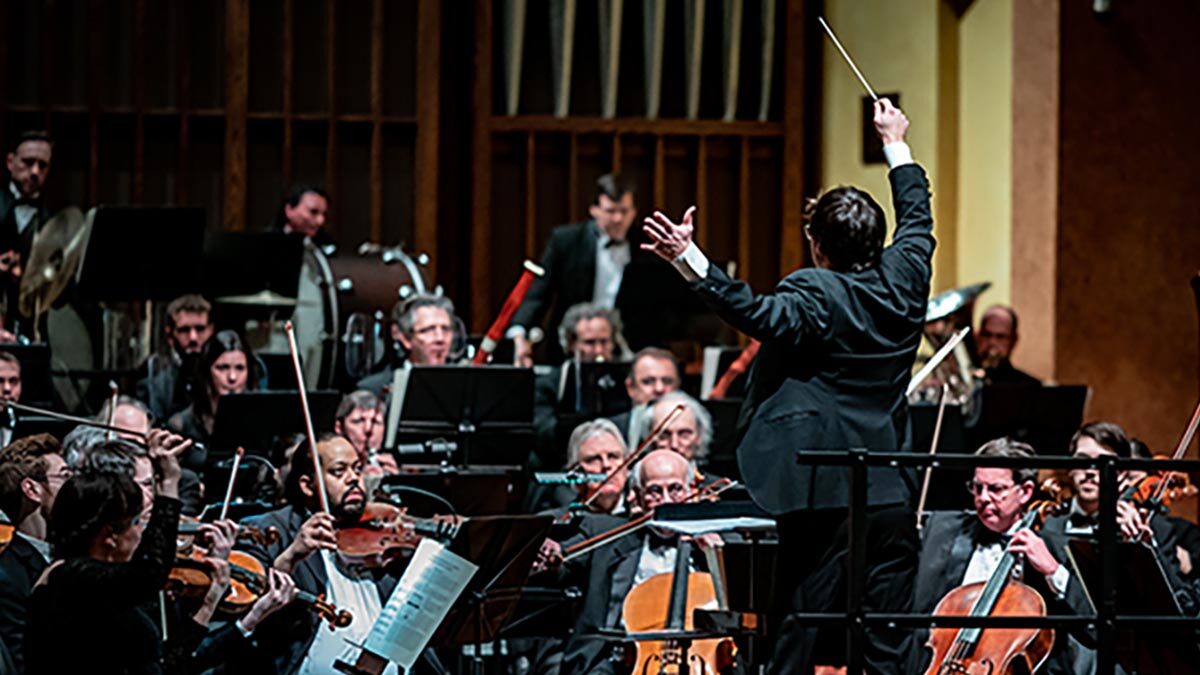 The 56 year old Ottawa Symphony Orchestra (OSO) has undergone a massive makeover in a bid to to remain sustainable and relevant after the COVID-19 pandemic.

The key administrative change involves the creation of an Artistic Planning Committee in place of a conductor and artistic director. The contract with Alain Trudel, the former artistic director ended in 2020.

“I think the two main drivers for changes were the financial sustainability of the organization and wanting to be more of a group for the community,” Erica Miller, the OSO’s concertmaster and the chair of the Artistic Planning Committee, says.

The OSO has also created a series of archival recordings of past performances called RE-JOYce. The series also includes performances by a selection of its musicians from last fall that were recorded by Rogers TV Ottawa. The first episode of RE-JOYce was released on April 13, 2020 and new episodes are still being released on a bi-weekly schedule.

With all live performances cancelled during the pandemic, the orchestra was able to actually pay down its debts and accumulated deficit of about $80,000, leaving the group in a better financial position. And to raise more funds the OSO has started a raffle called Catch the Ace.

But, “technically, [the biggest change] would be removing the full-time position of conductor and artistic director… and replacing him with this artistic planning committee,” Miller says.

This committee will decide the artistic direction of the orchestra. It consists of five voting members, including Sarah Devlin, the OSO’s general manager, and Miller. The other members are Cresta DeGraaff, who is the artistic operations co-ordinator and a member of the OSO horn section; Lara Deutsch, who is in the flute section; and principal bassoonist, Ben Glossop.

One of the biggest challenges for the orchestra members has been not being able to see each other. Devlin and Miller are new to the organization, with Devlin joining last November and Miller joining in a few months ago, and haven’t met any of the musicians yet.

“We need to get our musicians back. We need to see them again and they need to play again,” Devlin says.

The orchestra had been planning to hold its first livestream performance at the Carleton Dominion-Chalmers Centre on June 13, where they are residents. But the performance has been postponed because of the uncertainty around reopening after the third wave of COVID-19. The concert would also have been the first performance selected by the planning committee.

“We planned for that, it was going to be strings (alone) but we can’t now, so it has been postponed which is a bit of a bummer,” Devlin says.

Change was coming to the OSO even if the pandemic had not happened. In 2018, in the face of rising debt and deficits, the organization created a strategic plan designed to create relevance in the community, priorize learning programs and reduce the number of full orchestral performances.

This version of the Ottawa Symphony Orchestra started in 1965 as the Ottawa Civic Symphony. The name changed to the OSO in 1976. With its roughly 100 musicians, the orchestra typically performed four or five concerts a year.

The OSO wants to be more accessible, diverse, and modern while still staying true to their history. Devlin says that orchestra has had a history of elitism a multitude of rules which can make people feel alienated.

“And we’re working on that. Our new mandate is definitely to provide a more comfortable experience for everyone in the concert hall,” Devlin says.

One idea they’re working on is to offer “relaxed concerts” for diverse audiences, including neurodiverse people.

In terms of the organization wanting to be more diverse, they have plans for this as well.

This would include more diversity in the selection of music to be performed, showcasing more diversity among the musicians and having more female conductors.

The organization is hopeful for what comes next, but they don’t know when they’ll be able to perform again. Through this, they remain positive and are taking this time to re-evaluate, prepare, plan and induce change.

“We view the time when we’re hibernating as time we get to renew ourselves. At least when we get back and we’re doing these concerts, we’re better and stronger,” Devlin says.

The orchestra is also a training ground for music students from uOttawa who in the past have played in OSO concerts as members of the orchestra. That relationship will continue as will a separate arrangement with Carleton University which helps students to develop playing and performance skills in classical music as part of their undergraduate Bachelor of Music studies.