3 days ago 0 4 min read
We use cookies to provide a personalized experience for our users. By continuing to browse this site, you give consent for cookies to be used.
Got it!
Home > Politics > Ottawa Votes 2022 > Stay the course: Ottawa voters embrace Sutcliffe’s middle-of-the road vision 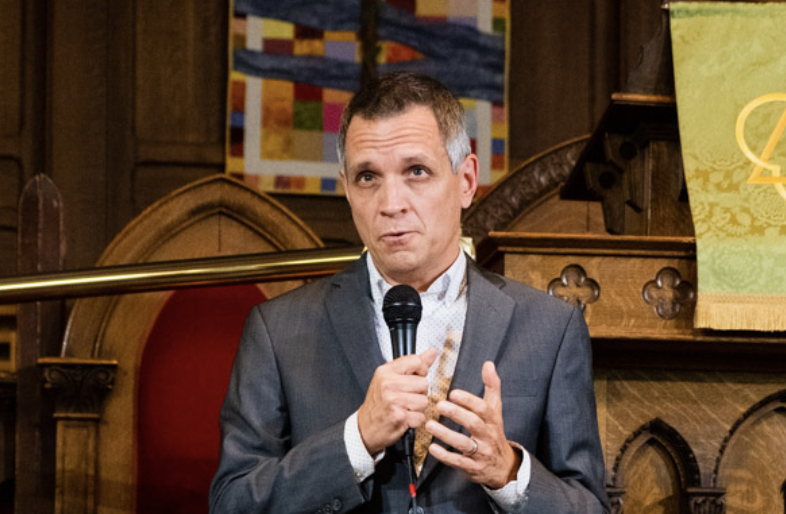 Mark Sutcliffe, seen here during an election debate, notched a decisive victory in the Oct. 24 municipal vote to become Ottawa's new mayor. But we can expect much of the same from Sutcliffe as fellow centrist Jim Watson during his time as mayor. [Capital Current/Adam Beauchemin file photo]
Commentary

In what was one of the most closely watched races in many years, Ottawa has chosen Mark Sutcliffe as its next mayor.

It was a surprisingly sweeping victory in a race that was neck-and-neck in polling in the final leg of the campaign.

Despite this being labelled a “change” election, it is clear that the change voters were looking for was not the progressive vision championed by Catherine McKenney.

Bob Chiarelli was sitting in distant third with 5.08 per cent of the vote.

Ottawa voters had a rare chance to choose between two distinctly different visions for the city.

Amid the backdrop of an inquiry into the federal government’s use of the Emergencies Act to end the occupation of downtown last winter, the city is still grappling with its lacklustre response to February’s so-called Freedom Convoy. Other issues became central topics of debate in the campaign: the continued difficulties plaguing Ottawa’s transit system, rising cost of housing and a council ridden by debilitating conflict.

But Sutcliffe’s election follows the trend seen in other major cities, such as Vancouver and Toronto, which have rejected progressive candidates for more middle-of-the-road candidates.

Amid soaring inflation and deepening economic anxiety, the focus on spending that McKenney offered likely convinced many voters to shy away from backing the vision of the two-term Centretown councillor.

“Mark, I know you entered this race because, like me, you believe in this city and its potential,” McKenney said in their victory speech. “I sincerely wish you every success.”

If they’d been elected, McKenney would have become the first non-binary mayor of a major Canadian city.

‘Mark, I know you entered this race because, like me, you believe in this city and its potential.’

Ottawa has also chosen to bring in a political outsider, with Sutcliffe never having served in political office.

“The people of Ottawa voted for positive change,” he told supporters in his victory speech. “They voted for compassion and fiscal responsibility. They voted for a safer, more reliable and more affordable city.”

He has promised to conduct a line-by-line review of existing city spending within his first 100 days in office, striking a task force to provide recommendations to better address mental illness and substance use disorder in the city and to launch a task force to streamline and quicken the home-building approval process.

He has promised to cap property tax increases at 2.5 per cent in 2023 and 2024. He has also committed to finding $35 million in municipal savings.

On transit, Sutcliffe has pledged to freeze transit fares, a decision he made during the campaign under pressure from transit advocates.

These spending promises are restrained in comparision with McKenney’s. They had promised to make public transit free for youth under 17 and increase transit funding by 20 per cent over four years.

Sutcliffe’s vision will not bring about the stark change from the Watson years that many had expected.

While many voters expressed their desire to see changes at city hall, about half of Ottawa Council will look the same.

All 13 incumbent councillors who ran in the election were re-elected — another sign voters were not looking to bring about significant change, despite their desire to see a less divided council. Yet 10 incumbent councillors chose not to seek re-election on Oct. 24, creating a significant opportunity for a new injection of fresh ideas at city hall.

Still, it’s clear that despite the perception that this would be a change election, McKenney’s defeat sends a different signal.

While we shouldn’t downplay the changes Sutcliffe wants to make on important issues in the city, his vision will not bring about the stark change from the Watson years that many had expected.