1 week ago 0 5 min read
We use cookies to provide a personalized experience for our users. By continuing to browse this site, you give consent for cookies to be used.
Got it!
Home > Politics > Ottawa votes 2018: Seven notable results 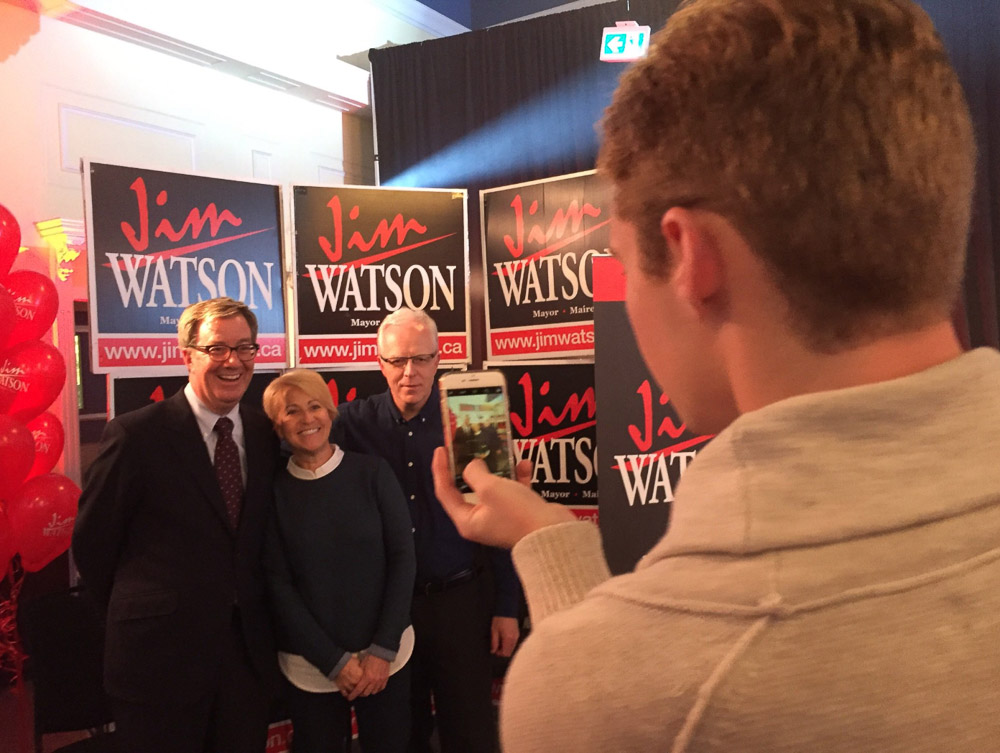 By Dana Hatherly and Alex Kurial

Here are seven things you should know about the 2018 Ottawa municipal elections.

Seven women are at the council table, up from four last term.

Jim Watson roars back into the mayor’s chair with more than 70 per cent of the vote. Watson teared up during his victory speech Monday night when speaking about his parents – before cracking his most popular joke from the campaign trail.

Innes: Laura Dudas takes the seat she tried to win in 2014 when Jody Mitic was elected.

Bay: Theresa Kavanagh, a former school board trustee who ran for the NDP at the federal level in the 1980s, replaces Mark Taylor, who stepped down.

Orléans: Matthew Luloff, an Afghanistan war veteran, wins the seat left vacant by the retirement of Bob Monette. Luloff beat 16 rivals and won with less than a quarter of the vote.

Here’s the unofficial voter turnout count, according to the Elections Ottawa results page.

6. Unlike federal and provincial rules, same-day advertising is allowed

Ottawa voters might have noticed candidate ads on their way to the polls Monday. Same-day paid advertising is permitted in municipal elections but not at the provincial and federal levels.

Find the full results of the 2018 Ottawa municipal elections here.