5 days ago 0 3 min read
We use cookies to provide a personalized experience for our users. By continuing to browse this site, you give consent for cookies to be used.
Got it!
Home > News > Ottawa > Ottawa’s hard-hit tourism sector faces an uncertain future amid pandemic 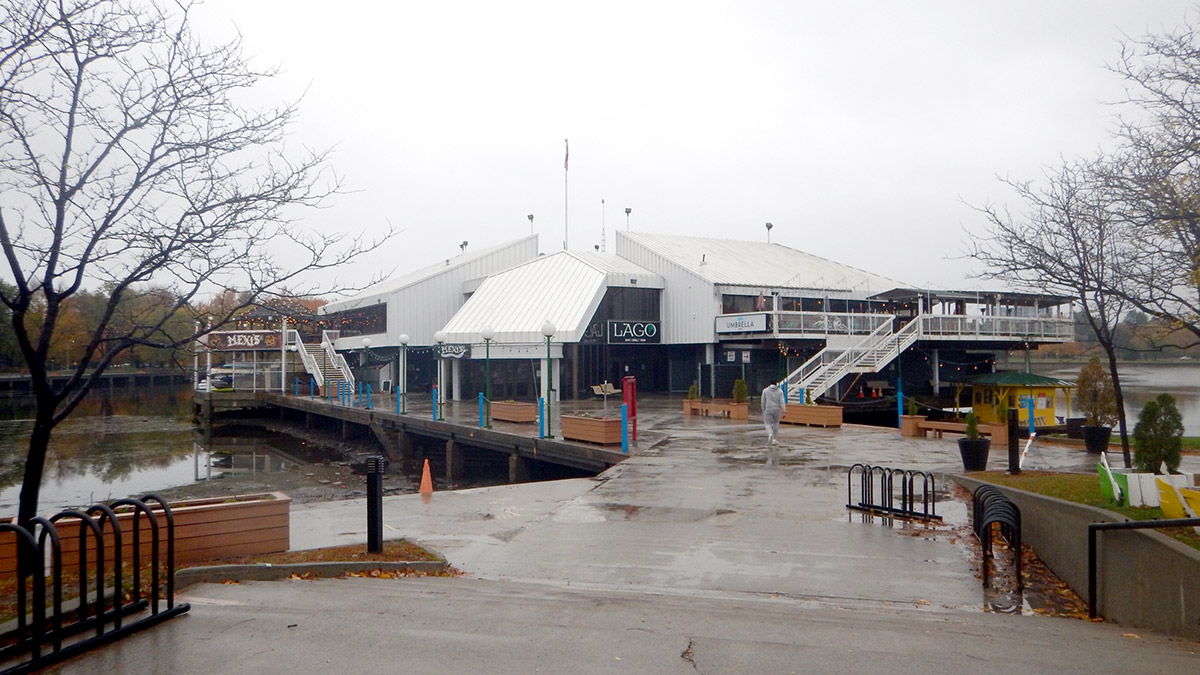 An empty Dow's Lake Pavilion sits empty alongside the Rideau Canal as a metaphor for many spots that normally attract tourists from outside the capital region. [Photo © Cate Newman]
Business

By Cate Newman and Erin Hood, 2 years ago 1 3 min read

As with many business owners who rely on tourism, Andre Schad has had a rough year.

Schad owns the local restaurants Tavern on the Falls and Tavern on the Hill with his wife Chantel Biro-Schad. The lack of day-time business from tourists was immediately apparent, said Schad. And he doesn’t expect things to improve for a long time.

“Next year will be equally as painful when it comes to tourism,” said Schad.

Fortunately, both restaurants were supported by locals in the evenings, which allowed them to continue operations.

With the seasonal restaurants now closed, Schad said he is using what he learned this summer to plan for next year, when they will cater to the local crowd with an enhanced menu at night.

He said they are grateful for the support, but adds that “tourism is still a big factor in what we do.”

The impact on tourism because of the COVID-19 pandemic has been felt across the country. According to Statistics Canada, tourism spending in Canada dropped by 66 per cent in the second quarter of 2020, compared to the same period in 2019.

Ottawa’s tourism sector was part of that tumble.

“Hyper-local tourism, or residents and locals exploring their own city and helping to stimulate the visitor economy, has been a lifeline to local businesses,” said Thomson.

“The City of Ottawa is running campaigns such as ‘Buy Local‘ to encourage locals to support local businesses whenever possible,” she added.

“Pre-COVID-19, Ottawa welcomed 11 million visitors annually and these visitors spent $2.2 billion in Ottawa at our restaurants, stores, hotels, and other local businesses. The visitor economy supported jobs for 43,000 Ottawans,” she said.

According to the Statistics Canada report, employment in the tourism sector dropped by 44 per cent in the second quarter of 2020 across the country.

Alexis Robin, a Carleton University student, was entering her third year of a summer contract at Murphys Point Provincial Park at the onset of the pandemic.

“I was on an email chain with my boss trying to figure out if we were even going to open this summer,” said Robin.

Murphys Point, an hour’s drive south of Ottawa, made the decision not to open their back-country or group camping sites for the summer but kept their mainland sites open.

“We lost money in reservations, we lost money in canoe rentals as well. It was tough, but ultimately it was easier to keep track of the sites on the mainland,” said Robin, citing the possibility of overcrowding and difficulty cleaning the remote washroom facilities as contributing to the decision.

The available campsites were booked solid. “It was absolutely insane,” said Robin. “We had record numbers of people coming to the parks, a lot of first-time campers as well.”

Thomson is hopeful that outdoor activity will help support the tourism industry over the winter.

“We are seeing a trend towards the desire to travel to destinations where outdoor activities are possible,” said Thomson.

“Ottawa has a wealth of outdoor winter activities which can accommodate physical distancing measures such as skating on the Rideau Canal, cross-country skiing and snowshoeing, and snowmobiling.”

In The News: Wednesday, Nov. 4