3 days ago 0 5 min read
We use cookies to provide a personalized experience for our users. By continuing to browse this site, you give consent for cookies to be used.
Got it!
Home > Featured > Ottawa’s JW-Jones talks about fatherhood and performing with blues legends 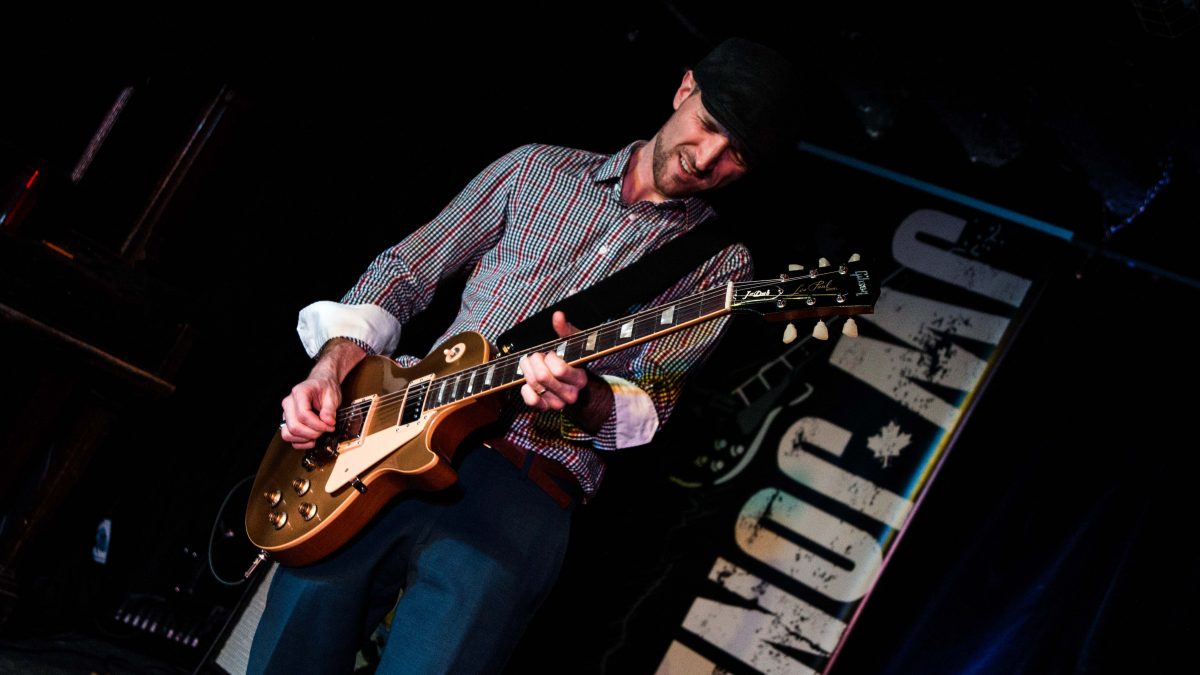 JW-Jones sound-checking with his band ahead of a sold-out show at Live! On Elgin. (Photo by Jeff Pelletier)
Arts & Culture

Being a new father means more family time for musician JW-Jones. But still, it’s mostly business as usual for the Ottawa-based blues guitarist.

Jones welcomed his first daughter, Nixon, to the world with his wife on New Years’ Day. After only a few months, Jones calls fatherhood the “best thing ever.”

But Jones says that he still has to “bring home the bacon.” The respected Ottawa musician also that he feels that he’s at a point in his career where the business is easier for him.

“There’s more family time now than there was in the past, but that’s cool because a lot of the work that’s required has been done in the past,” he said. “It’s just a lot easier to book dates because I can call people and they already know who I am. I’ve either been there or they’ve seen me.”

Jones’ wife has two daughters from a previous relationship. He’s now trying to get all of them interested in the blues.

“I play it around the house for sure so they can hear it, but it’s hard to compete with the pop music on the radio,” he said. “I definitely teach them about blues, it’s important that they know where all popular music comes from.”

Born and raised in Ottawa, Jones has been playing music since he was a kid. He originally started as a drummer, but shifted to guitar and vocals after being inspired by legends such as Jimi Hendrix and Led Zeppelin.

Last year, he released his 10th album called LIVE. It is his first live album. Jones is currently promoting it at his shows.

Throughout his career, Jones’ work has received considerable recognition in the blues community. He is a past JUNO nominee for his 2014 album Belmont Boulevard. His songs have topped Billboard’s blues charts, and he has won Maple Blues Awards.

Jones has also collaborated with many of his idols. One who stands out is Buddy Guy. He’s performed six times with the 82-year-old legend, in Ottawa and Chicago, Guy’s hometown.

Jones says that the two first connected at Buddy Guy’s Legends, a blues club in Chicago. From there, Jones was invited by Guy’s management to perform with him in Ottawa.

“This young man is one of the people who will keep the blues alive,” Guy said. You’ll find that quote on Jones’s website.

Jones says that Guy has been supportive of his work and that it’s surreal to perform with him.

“When I’m on stage with him, I’m thinking ‘I’m on stage with Buddy Guy.’ This is someone I’ve been listening to and looking up to since I was 13 years old,” Jones said. “He’s just been very supportive and very kind.”

Guy is to perform at RBC Ottawa Bluesfest this summer, but Jones says that another collaboration won’t happen because the date conflicts with his own European tour; however, Jones will be at Bluesfest on the festival’s final day with his new group, HoRoJo Trio.

Right now, Jones is performing around town and abroad. But his young family is a priority, and spending time with them is very important to him.

“It’s a really nice balance now, and I couldn’t be happier with the way things are going,” he said.