4 days ago 0 2 min read
We use cookies to provide a personalized experience for our users. By continuing to browse this site, you give consent for cookies to be used.
Got it!
Home > News > Transit > Pandemic putting the brakes on public transit use for some 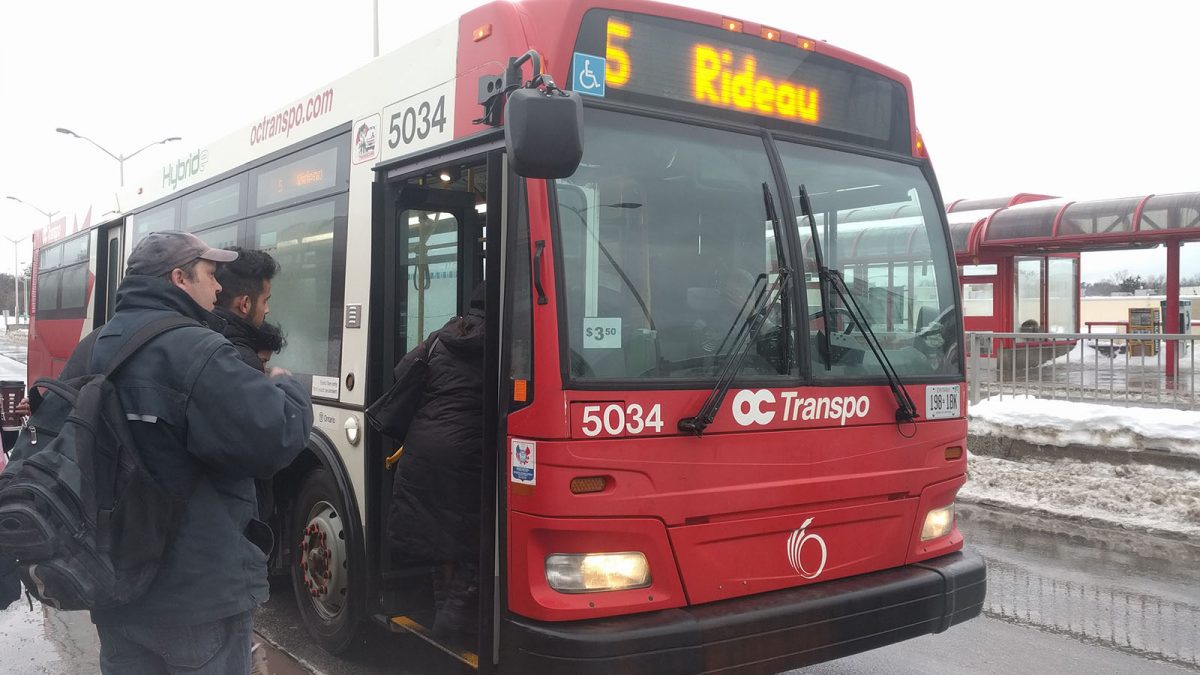 Pandemic putting the brakes on public transit use for some

By Ralph Jean-Jacques and Ryan Mulligan, 10 months ago 1 4 min read

With winter weather creeping up on Canada’s capital and lingering fears about taking public transit because of COVID-19, people in Ottawa may be looking for other ways of getting around the city.

A study by Statistics Canada on commuting to work during COVID-19 found that 74 per cent of Canadians who had returned to their jobs reported a “fear of using public transit” even though they felt comfortable at work.

Nahum Zewdie, a fourth year university student, said he is relieved that online learning has made it possible for him to stop using public transportation in the city this year.

“Even though there are safety measures on OC Transpo, I think people may feel that they are in less compromising positions and are in more control at their workplace or on other types of transportation,” said Zewdie.

According to other Statistics Canada data, commuting by public transportation saw much larger deceases than walking/biking and taking private transportation in the summer, as compared with before the pandemic was declared.

While many people will continue to work from home, others may be considering alternative forms of transportation.

“Some people can’t do their normal commute this year or are afraid to,” said Robert Bell, a manager at Full Cycle in Ottawa. He said he has seen customers purchasing gear for cycling during the winter.

Dave Robertson, a winter cyclist and member of Bike Ottawa, said riding during the winter just takes some getting used to.

“I just sort of thought why do I put the bike away at a certain time of year, and I experimented, and went longer into the fall and early winter and I said this really isn’t that bad,” said Robertson, who now will get out on his bike in any temperature.

The Ottawa Cycling Plan, in 2015-16, says a roughly 50 km cycling network should be maintained year round and plowed with a goal of four hours after snowfall. Bike Ottawa has also created a map that updates you on what cycling routes have been plowed in the winter.

Since the implementation of the network, the number of bike trips made in the winter has nearly doubled, according to City of Ottawa data, a trend Robertson hopes will continue this year.

Meanwhile, public transit systems across Canada could see far fewer riders than normal for many months to come. In Ontario and Quebec, passenger trips on buses plummeted after the pandemic was declared.

But not all riders are complying. In October, OC Transpo gave out more than 600 warnings to customers for not wearing their masks properly. There were also 48 customers denied entry because they had no mask and 10 were fined for not wearing one on transit property, according to the city.

And the city is not planning on transit returning to normal for the foreseeable future.

Last month OC Transpo’s 2021 draft budget showed $12.8 million in additional costs because of sanitation and $50 to $60 million lost from fares and ridership revenue.

With cases once again on the rise in Ottawa, and a potential second lockdown looming over the city, it’s hard to say if public transportation ridership will increase despite the winter.

“Public Health and the Ministry of Health haven’t traced one case back to transit anywhere in Canada with all the precautions we’ve taken,” said Hubley.

In The News: Wednesday, Dec. 2