3 days ago 0 1 min read
We use cookies to provide a personalized experience for our users. By continuing to browse this site, you give consent for cookies to be used.
Got it!
Home > News > Ottawa > Picking off the pests: Ottawa braces for return of the spongy moth caterpillar 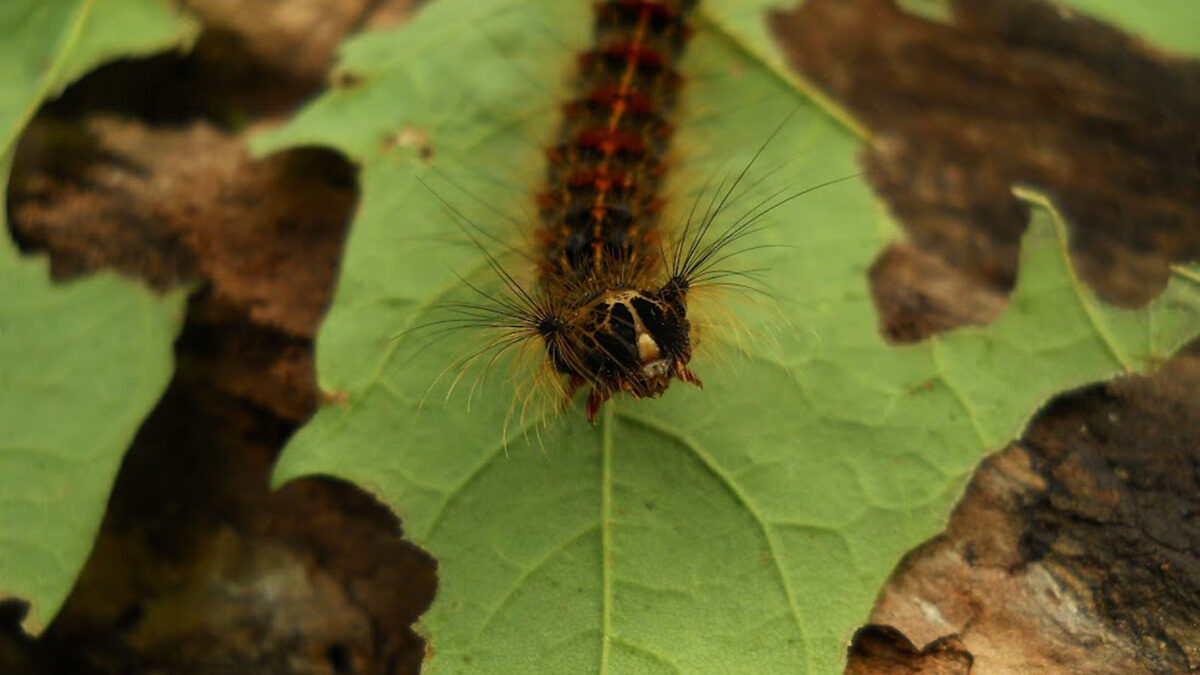 Picking off the pests: Ottawa braces for return of the spongy moth caterpillar

By Kendra Dyer and Marika Carrier, 6 months ago 0 6 min read

With a return of the dreaded spongy moth caterpillars expected this year, volunteers have already been hard at work trying to fend off the insects, which defoliated more than a million hectares of trees last year by eating off their leaves.

An egg mass survey by the Ontario government showed the invasive species is on track for a comeback in 2022, though the severity of the infestation won’t be known until the larvae emerge in the spring.

Sharon Boddy, an Ottawa resident with a passion for environmental issues, has already begun scraping spongy moth eggs off trees at Hampton Park. She and a group of volunteers have been doing so since September, breaking for the colder months and starting up again in March.

“It’s a lot easier than dealing with the caterpillars,” said Boddy. “Each sack contains anywhere between 600 to 1,000 eggs. So even if you remove just two masses, that could be 2,000 caterpillars that won’t be eating the trees.”

Last year, Boddy, with the help of her peers, visited the park almost every afternoon to wrap the park’s tree trunks in burlap, and pick the caterpillars off the fabric. In the morning, the caterpillars crawl up the tree to eat, but in the afternoon they will crawl away from the heat and into the burlap trap.

Then, volunteers dumped the bugs into a bucket of hot, soapy water overnight to kill them.

This year, Boddy is hoping the cold may have killed some of the caterpillars, but she is still anticipating another year of burlaping trees.

Chris MacQuarrie, a research scientist with the Canadian Forest Service of Natural Resources Canada, studies the impact and management of native and invasive pests of the forest. He recommends these types of control methods to those looking to take preventative measures.

“Right now, people can be looking for those spongy egg masses on their trees and in their yards,” said MacQuarrie. “If they find them, they should squish them and scrape them off.”

In the coming weeks these eggs will hatch, which is when the burlap and soapy water system can be applied.

There are also chemical solutions to the control of moths if they are no longer in their egg and larvae stage. A BTK (bacillus thuringiensis kurstaki) insecticide is used by many municipalities to control the population of caterpillars. This insecticide, which is relatively safe, introduces a controlled bacteria to kill the moths.

“While the outbreaks usually occur every five to 10 years, they tend to last three to five years,” said Matthew Robbins, who is in charge of the insect reports for Ontario’s Invading Species Awareness Program.

“For a species to be classified as invasive, it must either cause damage or have the potential to cause damage to an ecosystem, to the ecology of the area, the economy and to society as a whole,” Robbins said.

Spongy moths are an invasive alien species, as they are not native to North America. The species established a natural breeding population on this continent in the 1800s, and the first recorded infestation of spongy moths in Canada was detected in Québec in 1924.

The caterpillars are four to six centimetres long, with red and blue dots or stripes along their hairy backs. The caterpillars typically feed for about eight weeks before transforming into a moth. The insect does its damage during its caterpillar stage.

“The spongy moth became established, and became a problem, because it is now basically in a predator-free space,” said Christian Schmidt, a research scientist with Agriculture and AgriFood Canada. Schmidt works on diagnostics and identification of moths relevant to Canadian agriculture.

“One of the most immediate impacts that spongy moths have on forest ecology is that they’re directly competing with all the other insects for nutrients,” Schmidt said. “So there’s less to eat for native insects that rely on these leaves for food.”

During the summer of 2021, the Entomological Society of America decided to change the common name of the Lymantria dispar. The insect was formerly known as the gypsy moth, which Romani people have criticized as an ethnic slur.

MacQuarrie, a vice-president of the Entomological Society of Canada, was part of the steering committee involved in changing the name. This group of researchers from the U.S. and Canada ultimately decided spongy moth was the most fitting name for the bug.

“It describes that light egg mass of the insect, which is the stage that it spends most of its life as,” MacQuarrie explains.

This name was also adopted from the common name that was already being used around the world. In France and French Canada, for example, the common name of the insect is spongieuse.

MacQuarrie also emphasizes the moth’s “spongy” egg masses as the stage people need to pay attention to, to prevent transmitting the insect from place to place unknowingly.

When the female moths lay their eggs, they create these large, sticky masses capable of attaching to almost any surface. It’s easier to remove these big, visible, and spongy egg clumps than the tiny caterpillars that will emerge from them in the subsequent weeks.

What needs to be done?

In Ottawa, the city will be distributing burlap kits to local community groups, to protect individual trees on public property from the spongy moth’s munching. The city will continue to monitor the status of the outbreak, but this is the first year they have provided these kits.

“It should not be the sole job of stewardship groups to be doing all of this,” said Boddy. “We love doing it and we want to do these things, but we want the support as well,” she said.

“This is an infestation. This isn’t just something we monitor for a while and see how bad it gets.”

Unfortunately, it may be something Ontarians will have to learn to tolerate. According to MacQuarrie, although prevention is important, spongy moths have moved to a state of “naturalizaton.”

Luckily, most trees in North America can handle a few years of defoliation until the outbreak dies out, and will get their leaves back later in the year. At the same time, some conifers that can’t take the damage will be hit hard by another year of the infestation.

“It’s one of those things that exists now in Ontario — it’s here,” said MacQuarrie. “It just has to be experienced for the next couple of years, and should go away on its own.”

For questions or concerns about invasive species in Ontario, people can contact the Invasive Species hotline at 1-800-563-7711.

IN THE NEWS: Tuesday, April 5