2 weeks ago 0 1 min read
We use cookies to provide a personalized experience for our users. By continuing to browse this site, you give consent for cookies to be used.
Got it!
Home > Politics > Ottawa Votes 2022 > Policing, housing, urban development among issues for Capital Ward candidates 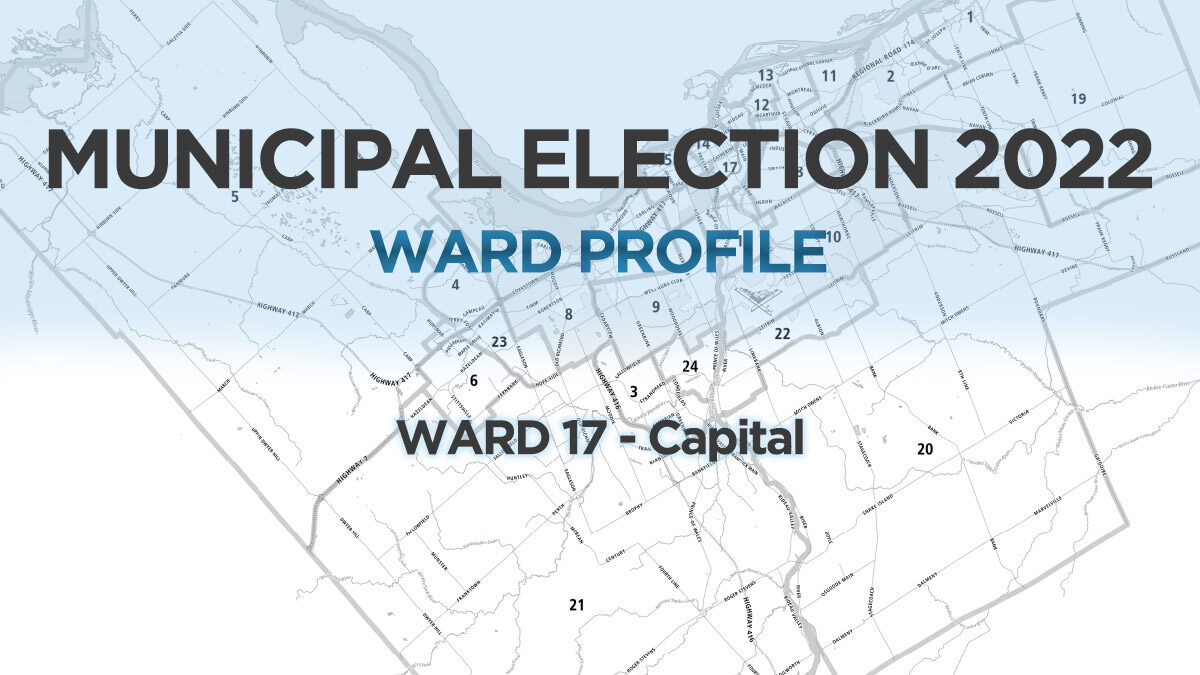 Capital Ward, also known as Ward 17, is Ottawa’s oldest still in existence, having first been created in 1909. At the time, Capital Ward only included the newly settled Glebe, but it now it covers Old Ottawa East, Old Ottawa South, Heron Park, Carleton University and Riverside.

Current councillor Shawn Menard went toe to toe with opponent Rebecca Bromwich, a lawyer and law professor, in an Aug. 31 debate in which policing, garbage management and urban development were hot topics. Candidate Daniel Rogers joined his two rivals in a debate in mid-September, at which affordable housing was a pressing issue. Voting day is Monday, Oct. 24. For more information on how to vote, visit the Ottawa voting information website.

According to the City of Ottawa website, Ward 17 has a population of 42,091 in 18,890 households. Capital Ward has the third highest crime rate of all Ottawa wards.

Affordability and cost of living issues are a top priority issue for residents of Capital Ward. Bromwich has emphasized the preservation of green space and the need for more affordable housing. Rogers, a business owner, is pushing for lower taxes and better value for businesses from the taxes they pay. Menard highlights the fight against climate change, the need to fix public transit problems and reducing the influence of developers at city hall as key priorities.

Ward 17 is home to Landsowne Park, a major hub for community activities such as concerts and sporting events. The area has a dog park and TD Place stadium — home of the Ottawa Redblacks — and hosts 613 Flea as well as dozens of restaurants and shops.

Cost of living a major concern in Rideau-Rockcliffe