4 weeks ago 0 61 min read
We use cookies to provide a personalized experience for our users. By continuing to browse this site, you give consent for cookies to be used.
Got it!
Home > News > Police > Political issues and COVID-19 fuelling rise in hate crimes in Ottawa in 2021 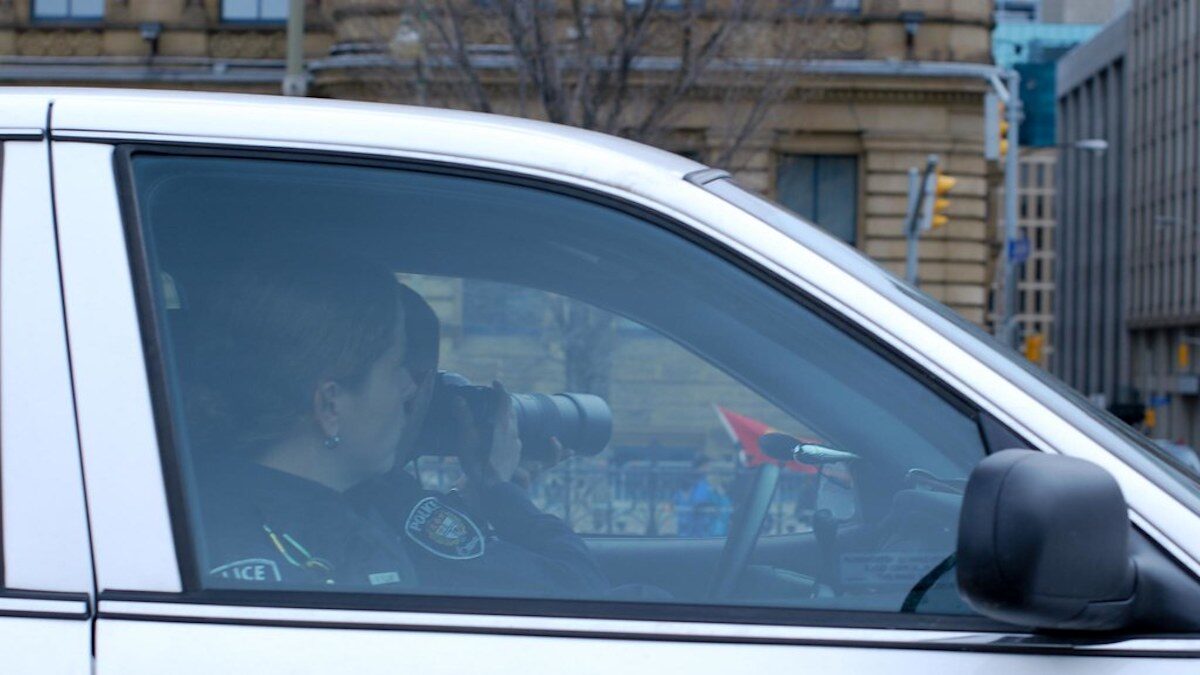 The Ottawa police are seeing a rise in hate crime, due to both increased reporting and an increase of intolerance. [Photo © Louri Goussev 2009, via Flickr]
Bridging Communities

Eight months ago, Nilanjana ducked into a vape shop on Bank Street to avoid a man who was yelling racial slurs and COVID-19 conspiracy theories.

She and a friend, both of South Asian heritage, weren’t sure whether the man was yelling at them specifically but felt safer waiting in the store until he left.

“I was simultaneously amused but also kind of scared because I genuinely have no idea if this guy was mentally unwell or plain racist or a godawful combination of both,” she said in a comment on Reddit about the incident.

“I don’t feel very safe when police arrive at situations where someone is having a mental health episode because sometimes it just escalates the situation into something very scary,” she said in an interview with Capital Current. “I didn’t want that to happen either.”

Last week, Ottawa police reported a 33 per cent increase in reported hate crimes so far in 2021.

The hate and bias crime unit’s semi-annual statistics report 105 hate crimes in Ottawa this year, compared to 79 cases they had in the same period in 2020.

Acting Sgt. Ali Toghrol, who heads the OPS hate crime unit, says that since the unit was re-established in January 2020, there has been a lot of education within police and the community on how to identify hate crimes.

“Internally, our officers and our civilians who take reports are better trained so they recognize hate incidents, so they’re flagging them accurately. And then, externally, we’ve done lots of outreach,” he says.

“The community is more aware of what hate crimes and hate incidents are, and the fact that we have multiple avenues of reporting crimes.”

Toghrol says there are also other factors such as George Floyd’s death a year ago and the negative impact on Asian Canadians of the fact that the COVID-19 pandemic began in Wuhan, China.

“You’ve had this combination of events and some political issues from down south that it trickles up here and we see a bit of a rise in hate crimes in Ottawa,” Toghrol says.

Godlove Ngwafusi, spokesperson for the African Canadian Association of Ottawa, puts it another way.

“Mr. Trump came along and essentially issued a full steam ahead carte blanche to the amateur racists, and we are seeing their activities as hate crimes surge in the city,” he said in an email.

Ngwafusi has reported hate crime in the past, and has had hate crimes reported on his behalf by third parties, and found the outcome less that satisfying.

“The police are human beings,” he says. “They’re just an extension of the community as a whole.”

Ngwafusi says the community has become accustomed to the status quo and that it will take effort and action from everyone to change the attitudes that permit hate crimes to occur. But he does see that change happening.

“I talked to a lady during a video call once and she said ‘Oh I didn’t know there was a race issue in Canada before Black Lives Matter was created.’ She just thought everything was nice and hunky dory. Just perfect. I think that now people are waking up.”

Change also means challenging preconceived notions. Debbie Owusu-Akyeeah, executive director of the Canadian Centre for Gender and Sexual Diversity, says there’s been an increase in hate crime towards 2SLGBTQ+ community members is partly because people think everything is OK now.

“That ‘get better’ concept,” she says. “That with advancements in some rights or representation in the media, politics, or in other institutions like schools, even work— that somehow queer and trans people are fine.”

This type of thinking stops the broader community from being able to understand there is still a lot of work to be done to ensure 2SLGBTQ+ people are able to live a life free of violence.

“There are still issues in Ottawa, and it forces a question about what is going on in this community? What are the policies, bylaws, awareness campaigns, other things that might be failing, that might be driving up the number of hate crimes?” she says.

Owusu-Akyeeah believes part of the problem is the lack of a co-ordinated response between federal, provincial and municipal governments, who tend to want to shirk responsibility when hate crimes occur.

“At the end of the day, we need to see bolder and braver responses from our elected officials to work collaboratively when citizens are being impacted by hate crimes,” she says.

“I wish I could tell you there’s a magic answer to this but I think historically hate and bias has been around since the beginning of time,” he says.

The rise in hate crime in Ottawa isn’t the only thing that has some community members on edge. The revelation that a well known neo-Nazi propogandist is living in an Ottawa suburb has some people afraid to talk about their experiences with hate in the city.

Nilanjana says the news doesn’t make much of a difference to her. She thinks it would be a bad way to live if she was always afraid of what others might do, and she’s not going to let this stop her from sharing her experiences.

“I think sharing helps create awareness,” she says. “He might be a prominent neo-Nazi but I’m pretty sure there’s other racists living in Ottawa too, just as capable of doing harm.”