4 days ago 0 6 min read
We use cookies to provide a personalized experience for our users. By continuing to browse this site, you give consent for cookies to be used.
Got it!
Home > Social Justice > First Nations decry impact on their languages as public talks begin on Quebec bill to protect French 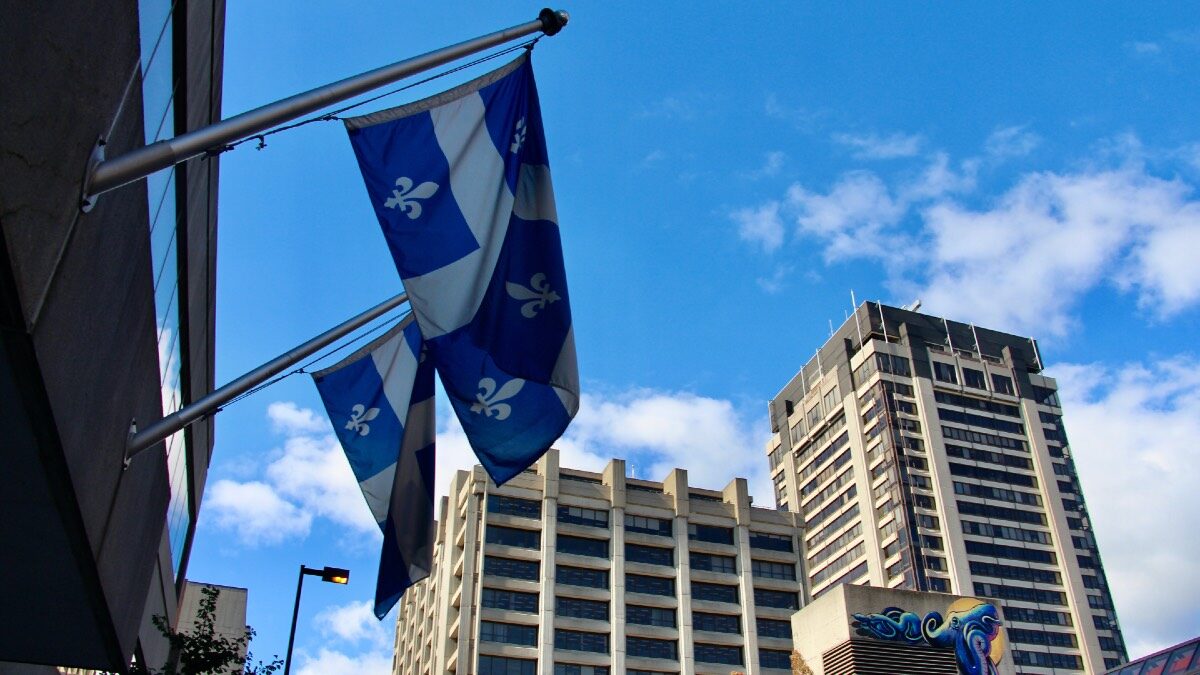 Quebec's Bill 96, an act respecting French, the official and common language of Quebec, was introduced by the Coalition Avenir Québec government last spring. The bill has raised concerns among Indigenous people in Quebec, as well as Anglophones and Allophones, who are aiming to protect minority language rights in the province. [Photo @ Rachel Watts]
Quebec

As public hearings proceed on a Quebec bill designed to strengthen safeguards for the French language, First Nations leaders say the province is ignoring their demands for linguistic protection and proposing laws that would further threaten Indigenous cultures.

On Sept. 21, the first of nine special consultations and public hearings commenced in Quebec City on the controversial Bill 96, an act respecting French, the official and common language of Quebec.

The consultations on the bill have been marked by fiery testimony from those on all sides of the debate.

In addition to affirming French as the official language of Quebec, the bill makes several amendments to the provincial Charter of the French Language — notably, setting limits on the number of children receiving English-language education and imposing rules regarding appropriate knowledge of French in businesses and workplaces.

While some believe the overhaul of the charter promised by Premier François Legault’s Coalition Avenir Québec government doesn’t go far enough to “protect” French, others, including Anglophone Quebecers, Allophone Quebecers (those whose first language is neither French nor English), First Nations and Inuit, are pointing to the planned legislation’s discriminatory nature.

The Assembly of First Nations Quebec-Labrador, the regional organization grouping the 43 chiefs of the Quebec and Labrador region, says the bill would obstruct “the future and development of Indigenous communities”.

On Sept. 28, the AFNQL released a 50-page document making nine recommendations and four proposed amendments to the bill. In addition to the group’s proposal for the government to acknowledge the right of First Nations and Inuit in Québec to teach and defend their language and culture of origin, the amendments would allow for Indigenous students to continue to study in their maternal and second language, and protect the language rights of any student living off-reserve.

“The Legault government’s Bill 96 is a formal attack on the constitutional language rights of First Nations,” said Ghislain Picard, Chief of the AFNQL, in a Sept. 2 press release.

The CAQ government leaders “get all worked up in the name of their so-called constitutional prerogatives and do not hesitate to use the Constitution Act of Canada for primarily electoral and partisan purposes. … However, when the time comes to respect the provisions of the same constitution that would allow justice to Indigenous Peoples, the rhetoric changes.”

Chief John Martin of Gesgapegiag in Quebec’s Gaspé region, who heads the AFNQL’s education advocacy work, was alongside Picard on Sept. 28 at the committee meetings in the National Assembly. Delivering his speech in Miꞌkmaq, and connected to the meeting through video conference, Martin highlighted the implications of this bill for Indigenous youth.

“The message that we tried to put through was that the French language charter already caused problems for our communities for the past 40 years,” said Martin. “And, you know, (seeing the) ministers, and the premier saying that there’s not going to be any change (and that) it doesn’t affect us is rather concerning. … I don’t know how much of an impact we’re going to have on this government,” he said.

He said the major problem across the province over the past two decades is that Indigenous students are often pushed out of the public education system in Quebec.

After finishing school on-reserve, Martin says students often transfer to public high school systems, where they have to complete French courses to graduate.

“(As a result) either they leave school permanently, they don’t go back to school, quit, drop out, whatever, (or), in other cases, they go elsewhere. They’ll go to New Brunswick. Sometimes it works out, sometimes it doesn’t.”

The proposed bill also affects language revitalization efforts for young people, said Martin — with kids having to put their own Indigenous language learning on the back burner to learn French and get through school.

“Priority becomes putting your efforts in a different language and not your own, and that's had quite an impact over the past 20-30 years,” said Martin. “This also has an impact on our students in terms of their perception of their language, themselves, and their community.”

It can even be described as a “language genocide” said Grand Chief Victor Akwirente Bonspille of Kanesatake. He noted that the proposed bill is hypocritical, especially considering the recent efforts across Canada towards reconciliation.

“It's being forced on us again — forced on everybody, not just First Nations but all Anglophones. ... This is going against everything that Canada and the province of Quebec has been pushing on us for reconciliation and understanding of our Indigenous rights,” said Bonspille.

“Now they're trying to say that their language is in jeopardy? I mean, welcome to my world. ... I hate to see anybody have any pain but you know, now (they’re) feeling what our communities and our First Nations have been going through for centuries. And we're still going through it and who's there to help us?

The survey, which was conducted by Léger for the labour organization La Fédération des travailleurs et travailleuses du Québec (FTQ), was released on Sept. 21. It found that only 29 per cent believe that favouring French as the language of work is discriminatory.

These results are not particularly surprising, said Matt Aronson, secretary of the Quebec Community Groups Network. He noted that the objective —  protecting and promoting French — is not the problem. Rather, Aronson said the key issue for many Anglophones and Allophones is upholding this goal “at all costs."

“Somehow protecting the French language overrides our human rights, and makes it acceptable to do a wholesale suspension of the Quebec Charter of Human Rights and Freedoms. … That's the thing that we take objection to,” said Aronson. “People have been getting on just fine for 40 years. And it was a tough adjustment for many, many Anglophones and Allophones in Quebec, but we did what we needed to do. We've done the work, we came to the table, but to find out now that everything we've done is still not enough for the most extreme nationalists is disturbing.”

Aronson said the rhetoric that suggests Quebec identity is defined by the presence and acquisition of French is hurtful to anyone who identifies with the province but doesn't fit the “template of a Francophone Quebecer”.

“Be it that you’ve been here for five days or 500 years, we should be equal,” said Aronson, who is a fifth-generation Quebecer and a practicing lawyer in the province.

“We have the distinct impression we're not included in the CAQ’s definition of the nation of the Quebecois. But what more can we do? What more should we do to belong? The CAQ won't make the effort to ensure that everybody who chooses to make Quebec their home feels a belonging here. We feel that's not something that's being done accidentally.”

He said his hope for now is that “cooler heads prevail”, and the CAQ re-evaluates the way in which they promote the French language.

“The effort itself is probably going to do more damage to their cause, than it's going to assist them, said Aronson. "But you know, to be frank, I'm not entirely certain that they are actually doing anything other than a very cynical ploy towards re-election."

“They've read the tea leaves and said, ‘Well, our base wants more action on a bread and butter issue of identity’, and that's the French language . . . And what a shame, because there are so many more productive, interesting, progressive, useful things that the government could be doing with its time and energy.”