1 week ago 0 1 min read
We use cookies to provide a personalized experience for our users. By continuing to browse this site, you give consent for cookies to be used.
Got it!
Home > Transportation > Rising gas prices, uncertain future for fossil fuels driving Canada’s trucking industry to electric alternatives 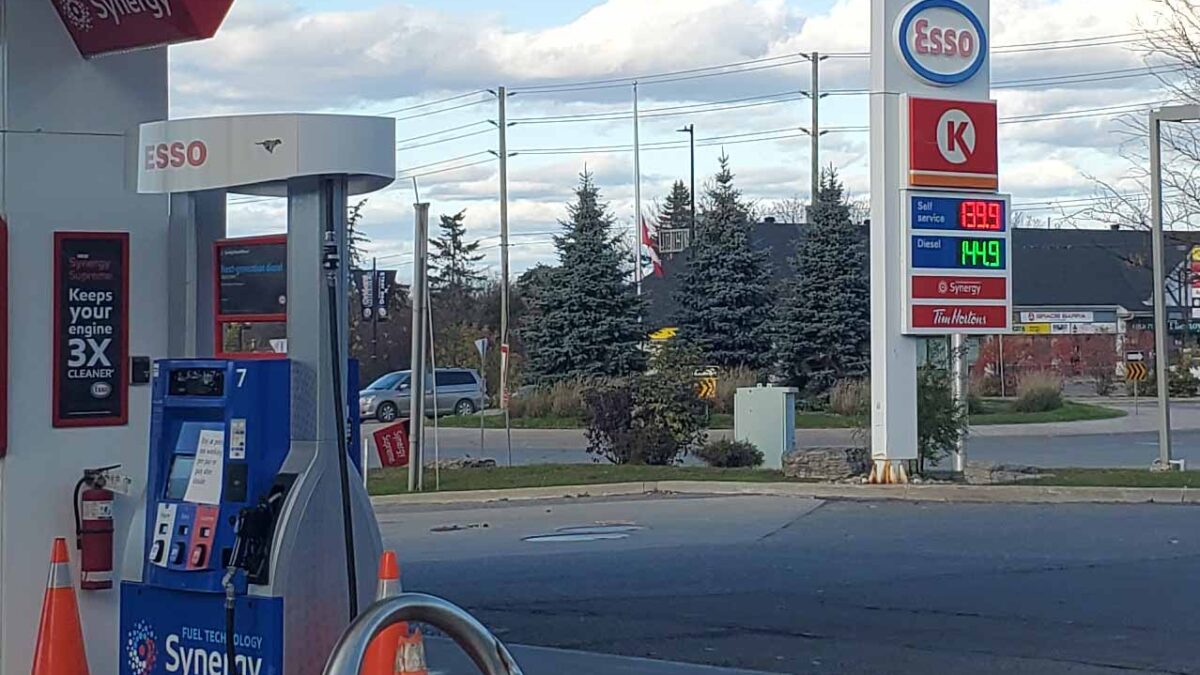 In the midst of global conversations about climate change and renewable resources, heavy-duty freight transportation — a major user of fossil fuels in Canada — is receiving extra attention.

Commuters across the country have noted gas price increase, with the price of fuel per litre in Ontario rising sharply since December 2020.

The increase comes with an increasingly uneasy outlook for the fossil fuel industry, and brings into question how the networks relying heavily on petroleum will adapt to ever-shrinking reserves and the industry’s intense environmental impact.

One such network is the heavy freight industry, which is reliant on fleets of tractor trailers to transport goods across Canada. That has prompted change.

For example, New Brunswick-based shipping company Day & Ross introduced its first electric trucks to its fleet in 2021. And Swedish manufacturer Volvo has introduced a new series of electric transport trucks in November.

The shift to energy resources less prone to drastic changes in value and supply appears to be a priority for the businesses that make up Canada’s transport industry.

Steve Winkelman, director of the Ottawa Climate Action Fund — which promotes low-carbon solutions for city infrastructure and services — said the need for renewable solutions has long been clear, but the key challenge is the restructuring necessary to implement them.

“Our systems, our economy and our cities, our transportation infrastructure, were all designed around cheap fossil fuel, so it makes sense that everything is aligned in terms of how we invest, and where we build and what kind of infrastructure we build,” Winkelman said. “Even as we’ve known for all of my career — for the last 30 years — that burning fossil fuels are dangerous not just for air quality but for the planet, all of those systems and technologies take some time to unfold. On the transportation side, we know the vast majority of the solutions — it’s just getting them deployed requires that progress on all fronts.”

OCAF brings “low-carbon initiatives, investments and people together to deliver tangible, lasting success” according to its website. It has been funded by a $20-million endowment provided by the federal government, which the organization uses “to catalyze and scale low-carbon solutions to their full potential in Ottawa.”

Increases in the price of gasoline can often be tied to a lack of fuel available for import and forecasted uncertainty surrounding the resource’s short and long term role in society. Dan McTeague, a former Liberal MP and president of Canadians for Affordable Energy, says there are other factors behind rising prices, in particular recent policies such as the federal government’s carbon tax.

“In the past three years, gasoline price increases have been marked due to the Trudeau government’s carbon tax (in addition to other federal taxes and provincial taxes),” McTeague has written. “The carbon tax is now at $40 per tonne of CO2 as of April of this year: 10 cents per litre on average.”

Speaking to the B.C. news outlet My Prince George Now, McTeague reiterated the tax’s role in gas prices as he looks ahead to the resource’s future domestic value.

“Go back to where we were in the summer, where you had some refinery upsets, higher demand and you could see a scenario develop where a $1.75 would be the new reality, especially as we keep marching to ever-increasing carbon taxes,” McTeague said.

Winkelman acknowledged the effects of economic and political factors on the gas industry, but added that’s what drives innovation in sectors like heavy-freight transportation.

“If fuel prices go up due to whatever geopolitical issues, and appropriately due to something like a carbon tax, over time those prices get sent down to consumers,” Winkelman said. “All the more reason to accelerate our planning to make sure that we’re less reliant on fossil fuels and trying to minimize the amount of vehicle movement baked into our economies.”

According to GasWizard.com, a website McTeague created to project Canada’s gas prices, Ottawa rolled into November hovering a few cents below $1.50 per litre for regular unleaded fuel. In November 2020, Ottawan residents began that month paying a few cents over $1 per litre of regular fuel.

Winkelman cited the number of factors that influence the value of fuel as motivations for lessening its use — whether for commuters deciding how to get to work, or companies involved in trucking consumer goods across the country.

“There are a lot of factors that can disrupt supply and demand, and what I would offer is that the more we can design our cities and vehicles so that we don’t have to drive as much, and that we can shift towards electric energy, the less we’re subject to those variances and surges in price.”