4 weeks ago 0 61 min read
We use cookies to provide a personalized experience for our users. By continuing to browse this site, you give consent for cookies to be used.
Got it!
Home > Travel > Rocket men: Unregulated space travel posing a threat to the fragile environment of the blue planet 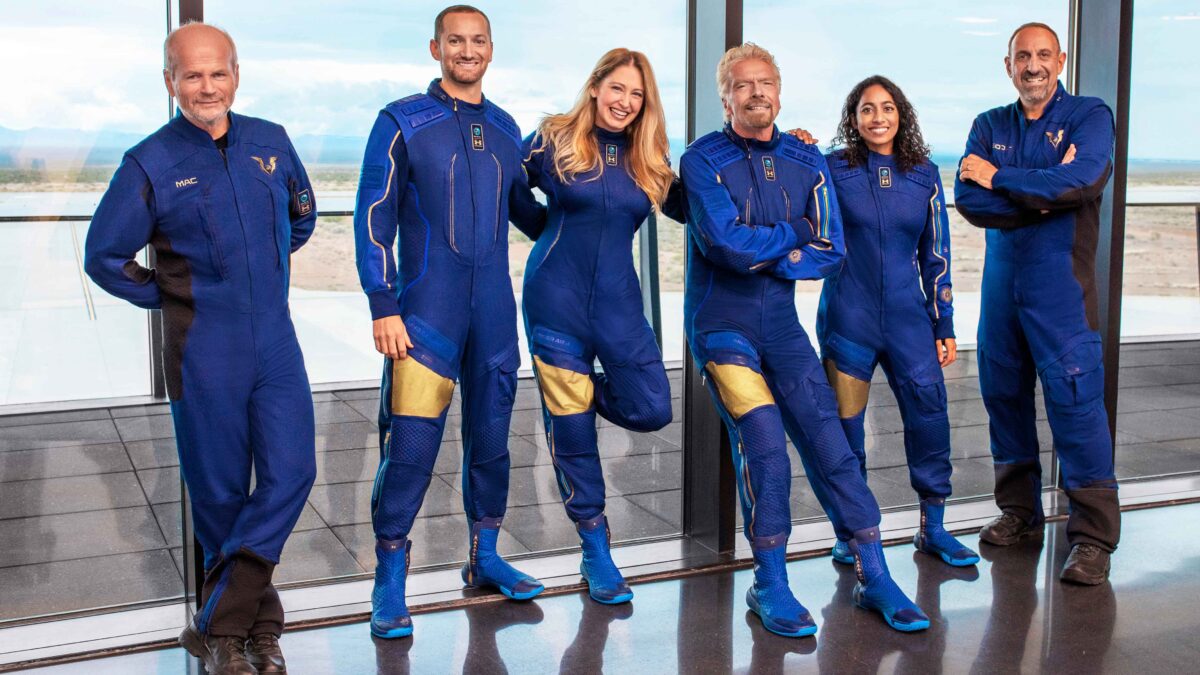 This past weekend, billionaire Richard Branson fulfilled his childhood dreams of becoming an astronaut. His venture, Virgin Galactic, aims to bring space travel to the public and the trip marked the debut of an optimistic future for space tourism.

The Unity 22 mission carried a six-person crew including two pilots, three researchers and Branson himself in ab id to evaluate the customer experience of such a trip. Virgin Galactic’s SpaceShipTwo completed an “airlaunch” from 50,000 feet above Spaceport America in New Mexico. The craft then ascended to nearly 300,000 feet for the climax or “apogee” phase of the trip, before returning to Earth and landing on a runway.

Although Branson is not leading this new era of space travel alone, Unity 22 is the first commercial spaceflight mission bringing private astronauts to the edge of space to experience weightlessness and a heightened view of our planet. With other billionaires Elon Musk and Jeff Bezos also setting their sights on the next frontier for humankind, many are concerned about the long-term environmental impacts of these expeditions.

The 21st century space cannon has fired and innovators are racing towards an interstellar future for humans. As technologies emerge and develop, visionaries and policymakers are entering unexplored entrepreneurial territory. It is incumbent on the trailblazers to decide what constitutes a worthwhile expenditure of Earth’s resources in pursuit of space travel. While some seek cosmic capital, others are merely trying to extend the half-life of the human race.

Bezos founded his own aerospace company in 2000 called Blue Origin, which is to launch its first human crew into space July 20. Their mission statement reads:

Next week, Bezos will board the New Shepard spacecraft joined by his brother, and once overlooked female astronaut, Wally Funk. The mission will bring the organization one step closer to fulfilling its founding vision of tapping into galactic space assets.

On the other side of the launchpad, Tesla CEO, Elon Musk, is working to colonize Mars, thereby making humans a multi-planetary species.

Musk’s SpaceX, has been making strides in the innovation of reusable rockets and self-landing technology. The company has launched 127 rockets since its founding and has successfully delivered private astronauts to the International Space Station.

Virtuous philosophies and paths guiding humans towards the stars have been laid out by the first entrepreneurs but many possibilities and applications of these new technologies have yet to be imagined.

Though many dreams of becoming astronauts may be fulfilled by this space-tech boom, some researchers are raising concerns regarding the environmental costs entailed.

The annual carbon footprint of rockets has never compared to that of planes, but the possibility for their mass private use is bound to make the contrast less insignificant. Space tourism poses a danger to the ozone layer, because of the huge amount of fuel burned to reach space, Eloise Marais, an associate professor of physical geography at University College London, said in a recent interview.

Soot from burnt fuel is not washed out of the atmosphere at the extreme altitudes where these spacecraft fly. Researchers say different fuels are more harmful to Earth’s atmosphere, but there are no regulations on the use of the most environmentally toxic options. Virgin Galactic’s use of solid polyamide fuel is more threatening to the ozone layer than a fuel type like SpaceX Starship’s liquid methane and oxygen combination.

Space scene has a fundamental need for self-directed ethical innovation while legislatures scramble to catch up to those who have already launched.

While the race for the stars has begun, minimal headway is being made in the necessary reorganization of governments and societies to keep up.

Pandemic a marathon not a sprint: It's been a long road for fitness professionals