3 days ago 0 4 min read
We use cookies to provide a personalized experience for our users. By continuing to browse this site, you give consent for cookies to be used.
Got it!
Home > Top Stories > Sloppy defence costs Titans the win in series finale against Washington 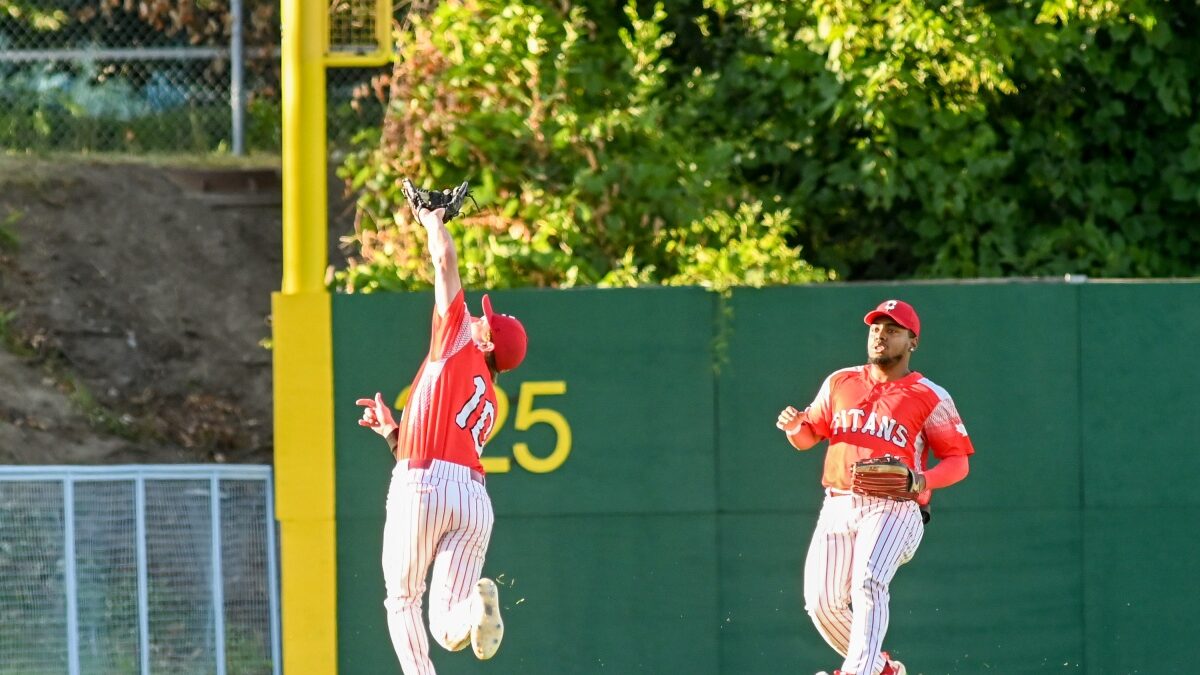 Last week, when the Toronto Blue Jays beat the Boston Red Sox 28-5 to set a new franchise record for runs and hits in a single game, Boston’s defence was the talk of Major League Baseball. Error after error, miscue after misplay, the Red Sox’s defence may not have cost them the game, but it made a bad situation worse.

While the defence of the Frontier League’s Ottawa Titans on Thursday night was a far cry from Boston’s comedy of errors, it was reminiscent. Unlike the Red Sox, the Titans’ misplays in the fifth and sixth innings may have cost them the game in a 6-3 loss to the Washington Wild Things.

It started with shortstop Clay Fisher in the fifth inning. He froze after fielding an easy ground ball, waiting for second baseman Jackie Urbaez to reach second base to toss the ball and record the out. It allowed the runner at third to score for Washington’s first run of the game, but the Titans still led 2-1 at the time.

The defence continued to falter in the top of the sixth. After a solo homer hit by Tristan Peterson tied the game 2-2, a sharp grounder up the middle bounced off Fisher’s glove and into centre field for a double. That runner eventually came around to score.

Washington’s Ian Walters then hit a shot to Ottawa’s first baseman Dane Tofteland. By the time Tofteland corralled the baseball, Walters had beat him to the base.

To cap it all off, on a potential inning-ending double play, Urbaez made an errant throw to first base. It meant another run for the Wild Things and even more frustration for Ottawa in a tight game.

“It’s razor-thin. If we can get a little bit better execution, we probably win that game,” Titans manager Bobby Brown said.

The defence continued to cost the Titans in the ninth inning, when an errant throw to first from closer Kevin Escorcia ended up past the visitor’s dugout, allowing another run to score. The batter, Chris Eusay, advanced to third on the play and scored on a sacrifice fly.

During a close game against the first-place team in the west division, every play mattered. In Ottawa’s nine-game homestand sandwiched around the All-Star break, the team also faced the Quebec Capitales, who sit first in the east division with a 44-18 record.

Quebec swept the Titans, and after a series win for Ottawa against the Lake Erie Crushers, the Wild Things took two of three. It continues a rough stretch for a team that started the season 35-18 but has since gone 3-8.

The Titans experienced an emotional high on Wednesday night, when a three-run comeback in the bottom of the ninth propelled them to a 6-5 win. The pendulum swung the other way on Thursday.

As Ottawa has struggled in the month of July, so has Escorcia. After pitching to a 1.13 ERA in May and June, the 27-year-old lefty has a 4.32 ERA this month. He’s given up nine runs but only four earned.

“That’s kind of in correlation to our wins and losses,” Brown said. “He has [struggled]. There’s no other way around it. You just keep running him out there and think if he clicks, if he can get back to the guy that he was the first 35 games, you got maybe the best closer in the league.”

While the Titans still sit squarely in a playoff position in the east division, seven games back of Quebec, they are battling with the Sussex County Miners for second. Ottawa holds the number two spot by two games.

Both the second and third place teams will make the playoffs, qualifying for a one-game wildcard at the top seed’s ballpark. The winner of that game will play the first-place team.

When the Titans return from a road trip to Schaumburg, Illinois, and Troy, New York, they will play the Miners in a three-game series that could determine home field advantage in the playoffs.

“I’m gonna try to win tomorrow night, and then the next night,” Brown said. “I just don’t think you can get too far ahead of yourself.”