3 days ago 0 4 min read
We use cookies to provide a personalized experience for our users. By continuing to browse this site, you give consent for cookies to be used.
Got it!
Home > Life > Some South Asian parents find they face a tricky navigation as they adapt to Canadian norms 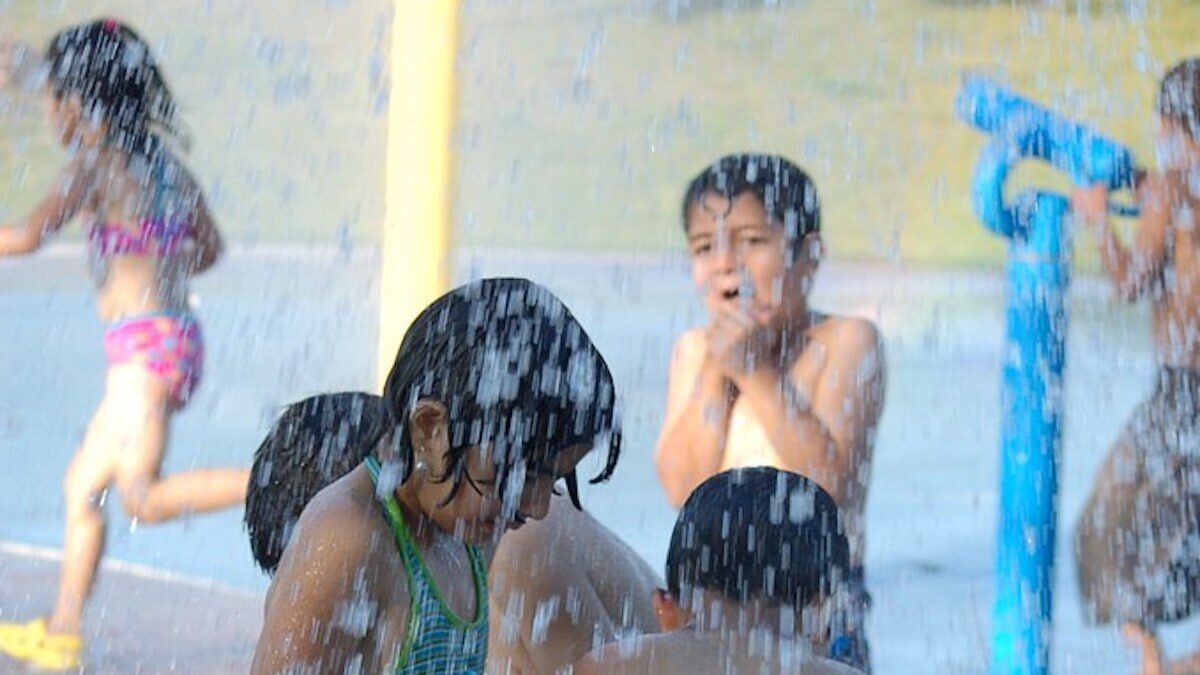 Children play in the splash pad at the Rotary Park in Ajax, ON. For many South Asian parents in Canada, adapting to Canadian norms can sometimes be a struggle. [Photo @ Muhammad Ghouri / Creative Commons]
Family & Children

TORONTO — Five-year-old Pemira learned to get dressed and eat his food without help from his parents when he went to daycare two years ago.

Growing up in Sri Lanka, Bandara remembers how her parents would feed her and help her get dressed, until age eight.

“I am mostly used to that. So, I’m trying to do most of the stuff for my child,” she says.

“But it’s actually not very well received here, I think, because they’re always saying to encourage the kids to do stuff on their own from (a) smaller age,” Bandara remarks.

Salma Mannan, who migrated from Bangladesh last year with her husband and son, is also trying to adopt the dominant parenting style practiced here in Canada.

Cuffing or light spanking is common to make a child listen and follow rules in her home country. But here parents remain alert about using such tactics in case the child discusses it in school, Mannan says.

“Many parents say that if something ends up happening, for example, if they end up becoming a little aggressive, they often do not send the kids to school the next day. The child would forget the incident a day or so later,” she says, speaking in Bengali.

The absence of extended family and extra pairs of hands around the home also makes parenting harder here for South Asian parents.

“It is difficult to control your temper when you have to tidy up every time your kid makes a mess,” Mannan said in Bengali.

In Bangladesh, Mannan could rely on her maid to do the cleaning, just like Bandara had help from her in-laws and her mother in looking after Pemira in Sri Lanka.

“It’s very stressful in terms of bringing him up without any help,” Bandara says.

A study conducted on immigrant parenting in 2001 with participants from 12 different linguistic ethnic groups recognized these issues.

“Immigrant parenting, as well as adaptation to the new country is a two-way street,” says Joanna Ochocka, one of the researchers of the study.

Despite these recommendations in the report, Mannan and Bandara have had little interaction with Canadian families.

“Whatever I learned was from other parents, but most of them are also from an Asian background,” Bandara says.

Several topics such as homosexuality and sex education are a shock to many South Asian parents, notes Nishat Fatima, clinical associate at University of Toronto’s Centre for Child Development, Mental Health, and Policy.

She says, when children attempt to discuss these topics, their South Asian parents are expected to not “say anything rude”.

It takes time for parents to change their perception, attitude and emotional expression and the change happens gradually, she adds.

But not everyone from the same ethnic group perceives these issues the same way, Ochocka says.

Within the same culture, some with international exposure adapt quickly to Canadian parenting style and culture than to those “who are more local-minded”.

Afrina Hashem’s daughter was 14 when the family migrated to Canada from Bangladesh three years ago.

Hashem says, because her daughter went to a school that followed an international curriculum, she already had an idea of what to expect in the Canadian society.

In her view, immigrants have to adopt a hybrid parenting style – letting go of some rules while enforcing others.

As a Muslim, Hashem wants her daughter to dress conservatively and eat halal food.

On the other hand, she gave her 13-year-old son’s teacher permission to enroll him in sex education.

“Since I cannot discuss it with him, he better learn it at school,” she says in Bengali.

Shyam Kalyanaraman, who migrated with his family from India in 2007, has a similar view about sex education.

“I think, it is good for them to learn these things at a young age,” says the father of a seven-year-old.

Kalyanaraman is also OK with children learning about homosexuality at school because he says in many parts of the world it is becoming more common now.

“In my opinion, you have to live in your time. You can’t always be stuck in the past,” he comments.