6 days ago 0 6 min read
We use cookies to provide a personalized experience for our users. By continuing to browse this site, you give consent for cookies to be used.
Got it!
Home > Social Justice > The boundaries of free expression are up for debate in the Age of COVID-19 and Black Lives Matter 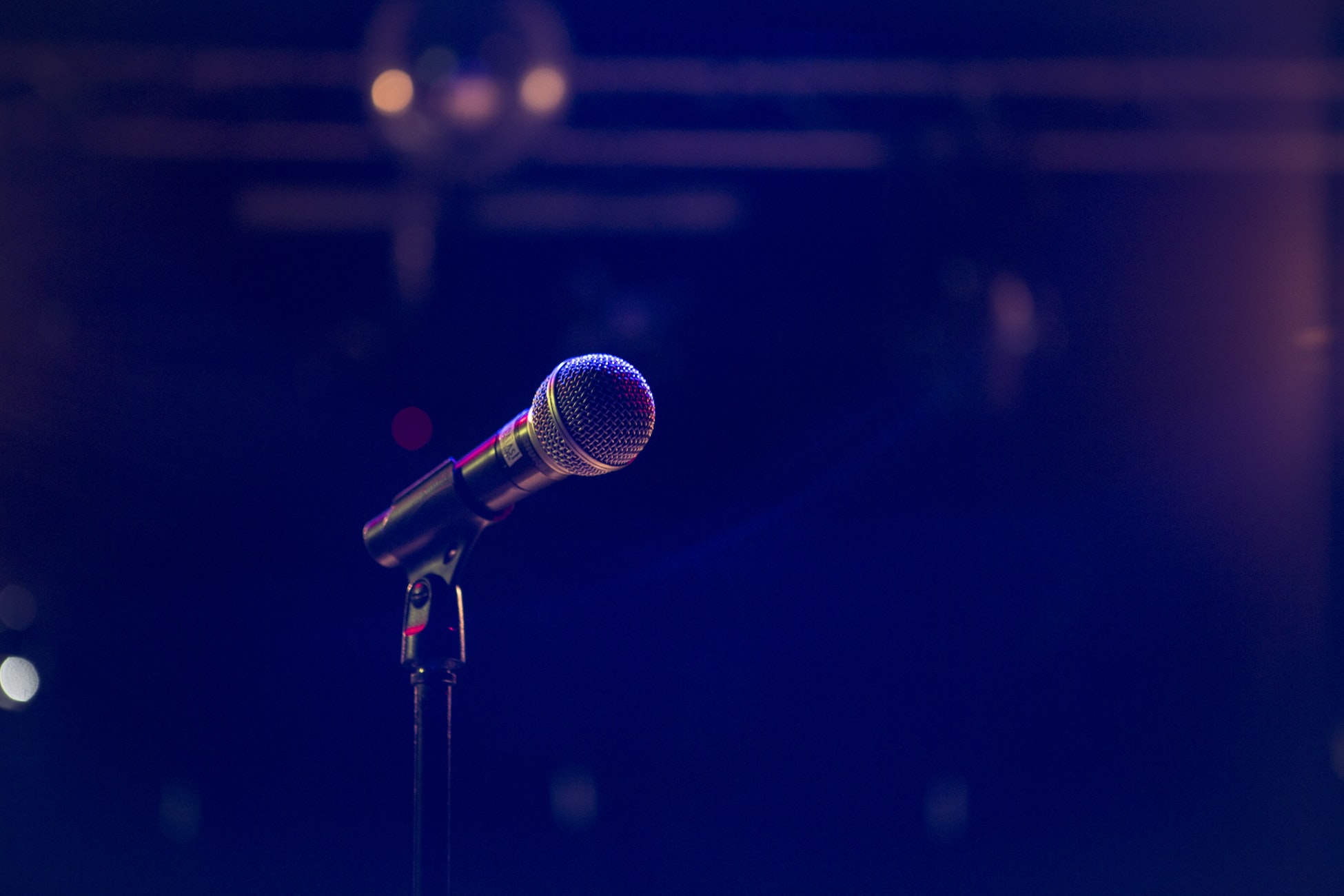 An open letter signed by 150 writers, artists and scholars — including Canadian novelist Margaret Atwood and free-speech advocate James Turk, and Harry Potter author J.K. Rowling from the U.K. — has raised concerns about the alleged shutting down of democratic debate but has also sparked a strong backlash against the signatories. The letter states: "The free exchange of information and ideas, the lifeblood of a liberal society, is daily becoming more constricted." [Photo Matthias Wagner / Unsplash]
LGBTQ2S+

Amid calls for racial justice in Canada, the United States and around the world, a letter signed by group of prominent writers, artists and academics, including Margaret Atwood and J.K. Rowling, argues that supporters of social justice should also practise civility and not stand in the way of a free exchange of ideas.

“A Letter on Justice and Open Debate,” published in Harper’s magazine on July 7, says that restrictions on expression and debate weaken full participation in democracy.

The letter has been attacked for vague wording and lack of references to specific terms or examples of what it is describing.

While the letter makes no specific references, many believe it is decrying what is known today as “call-out culture” or “cancel culture.”

“We uphold the value of robust and even caustic counter-speech from all quarters. … But it is now all too common to hear calls for swift and severe retribution in response to perceived transgressions of speech and thought.”

A Letter on Justice and Open Debate

The letter has sparked heated public discussion about whether support for a public figure can be withdrawn in response to what critics deem objectionable behaviour or opinions.

The letter is viewed as continuing an argument on the appropriate response to what many see as harmful actions or comments against groups in society. Many also see it as symptomatic of a divide between a long-standing liberal view of free speech and an emerging movement that demands greater accountability for speech and behaviour that dehumanizes certain social groups, such as racialized people and trans individuals.

“The way to defeat bad ideas is by exposure, argument and persuasion, not by trying to silence or wish them away,” the letter reads. “We refuse any false choice between justice and freedom, which cannot exist without each other.”

The letter praises movements for racial and social justice as a “needed reckoning,” but goes on to warn against the stifling of debate.

“The free exchange of information and ideas, the lifeblood of a liberal society, is daily becoming more constricted.

“We uphold the value of robust and even caustic counter-speech from all quarters. … But it is now all too common to hear calls for swift and severe retribution in response to perceived transgressions of speech and thought.”

Among the supporters is James Turk, director of Ryerson University’s Centre for Free Expression. He said that the wording of the letter aligns with a robust protection of free expression.

“It’s expressing concern that there’s growing pressure not to debate things, but to simply shut people up.”

Abigail Curlew, a journalist and doctoral researcher whose work focuses on social media, Internet doxxing and anti-trans digital vigilantes, has her reservations, however.

“These people are mostly very rich, have humongous platforms, but to shield themselves from criticism that might be either angry or very sharp, it removes that layer of accountability that they have as public figures,” said Curlew.

Asam Ahmad, a writer and community organizer who has written several pieces on the subject of disposability culture, disagrees with the premise of the letter.

“I don’t think this letter is about free speech, but about power,” he told Capital Current in an email.

Ahmad cited the example of Masuma Khan, who faced disciplinary action at Dalhousie University for a Facebook post related to Canada’s colonial past and white fragility.

“If this is going to be framed as an issue of free speech, let’s seriously discuss who has free speech in this country.”

A number of the letter’s signatories have faced intense criticism in the past for their comments and actions, particularly on topics around race, gender and sexuality.

Bari Weiss, for example, is an American writer who has been denounced for celebrating cultural appropriation.

Jesse Singal and Katie Herzog have garnered criticism for their writing about trans people. Both Singal and Herzog have written stories about people who have de-transitioned, a perspective which has been argued amplifies the phenomenon more than it actually happens. Singal and Herzog’s writings have been argued to misrepresent the nuances and complexities of trans people’s experiences and systemic barriers to adequate health care. Singal has argued against the idea that marginalized groups like transgender people should not have to debate their right to exist.

“I do think that the letter is just another kind of manifestation of ways to excuse bigotry,”

Canadian psychologist Steven Pinker has also been criticized for suggesting that women may be underrepresented in fields of science because of innate biological differences. Pinker has also been accused of dismissing on Twitter the impacts of police brutality on Black people.

Atwood has faced intense criticism in recent years for signing a letter supporting writer and teacher Steven Galloway, who was fired by the University of British Columbia after allegations of bullying and sexual assault. Galloway is suing his accuser and 20 others.

Atwood and the other signatories of that letter lamented Galloway’s damaged reputation while offering no consolation for the complainants, whose names were leaked to the public and were smeared in the process.

Rowling has experienced public backlash in recent weeks for comments she made about trans people.

She insisted on Twitter that only women can menstruate, which critics pointed out ignores the trans men and non-binary people who menstruate. Rowling defended her initial tweet, suggesting that it is not hateful towards trans people to equate sex with gender.

“I do think that the letter is just another kind of manifestation of ways to excuse bigotry,” said Curlew, drawing attention to what she considers oppressive and dehumanizing statements made by some of the signatories.

Turk said that the letter should be judged on its content rather than looking at the names of people who signed it.

“Criticizing the document or the signatories because somebody who you find reprehensible somehow pollutes everybody who signed the document, I think is really unfair.”

Turk warned against the societal limitation of any speech, even if it protects against perceived hate speech. To do so, he argued, would pave the way to allow anyone in society to do the same.

“When a group of people decides that they can take that right to act on behalf of all of us onto themselves, it’s what in (the) old days we did call vigilante justice.”

He added: “But if you physically prevent them from being heard, then I think we have a problem because then you’re taking power under yourself.”

Ahmad challenged the notion that “de-platformed” figures experience chill on their free speech.

“If this is going to be framed as an issue of free speech, let’s seriously discuss who has free speech in this country.”

De-platforming refers to a type of activism that seeks to deny a controversial speaker access to a venue or platform for express their opinions.

“When very visible people with large platforms are cancelled they are often given even larger platforms to discuss their cancellation.”

Curlew acknowledges Canadian law does protect free speech (with such exceptions as advocating genocide or violence) but points out it does not also guarantee a platform to amplify expression.

“If a university or a social media platform removes you from that platform because of hate speech, it’s their decision based on multiple things like public relations and liability, and maybe morals to decide who they platform,” she said.

Turk argues that if the rights to freely express are weakened, the most hard hit will be marginalized folks.

“The people whose voices are suppressed — and for whom constitutional protections for free expression protect most — are the people who are challenging conventional wisdom and privilege and orthodoxy,” he said.

Curlew said, “I have concerns that the free speech that (the letter signers) are advocating for is going to create and is already creating a threatening environment that burdens the free speech of marginalized people.”

She said that the idea that space must always be made for unfettered speech, including the possibility of hate speech towards marginalized groups, fails to take up the social context of those groups, citing the example of the continued harsh treatment of transgender people.

“We’ve gone through a century of really harsh treatment from the state, from police and from the public.”

“When a group of people decides that they can take that right to act on behalf of all of us onto themselves, it’s what in (the) old days we did call vigilante justice.”

In a published survey of 433 transgender Ontarians in 2013, The Trans PULSE Project found that “experiences of transphobia were nearly universal among trans Ontarians, with 98 per cent reporting at least one experience of transphobia.”

“When you have entire groups of people being marginalized in incredibly violent ways, you can’t just expect them to engage in theoretical debate about whether they’re human or not. It’s not feasible and it’s kind of a violence in and of itself,” said Curlew.

“When we speak out we end up getting silenced by getting doxxed, harassed, by getting death threats, threats of sexual assault. So this chills the climate of free speech,” she said.

“How are we supposed to engage with the public discourse if the consequences of engaging are that we get attacked or get exposed to violence?”

For Curlew, while it is important to hold people to account for their harmful actions, she is ambivalent about de-platforming.

“How do you get a person to recognize the harm that they do through dialogue, and find ways to extend chances for redemption?”

At the same time, Curlew acknowledges the limits of that type of approach.

“I recognize that not everyone has the patience to do that. And not everyone’s safe enough to do that. And it’s a really slow process. And sometimes you just can’t wait to change people’s minds when your rights are about to be taken away,” she said.

Ahmad said the Harper’s letter distracts from the broader social context, which exposes the true stakes at play.

“Letters like this actually make it far more difficult to have a serious, engaged, complicated conversation about disposability culture and toxic forms of call-out culture, both of which are more harmful and prevalent amongst marginalized communities, and impact writers and artists from these communities far more than those who already hold vast amounts of power (individually and in their professions).”

“I would even go so far as to say that letters like this make my life and my work far more difficult.”