3 weeks ago 0 4 min read
We use cookies to provide a personalized experience for our users. By continuing to browse this site, you give consent for cookies to be used.
Got it!
Home > News > Social Issues > The COVID-19 puzzle: Job seekers flock to some positions while others remain unfilled 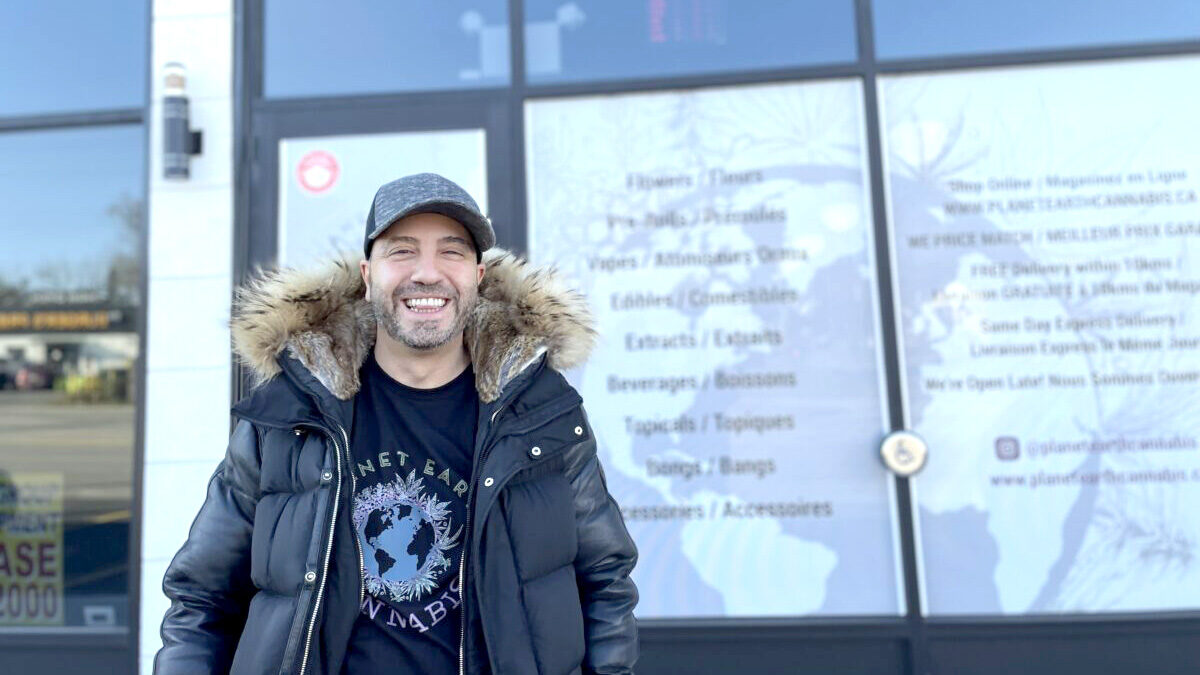 Toni Auode stands outside his Planet Cannabis store on Bank Street. His new business was flooded with candidates when it advertised for workers. [Photo © Devon Tredinnick]
Business

The COVID-19 puzzle: Job seekers flock to some positions while others remain unfilled

By Ali Ghadiri and Devon Tredinnick, 5 months ago 0 3 min read

Toni Auode and Katie Rabbe weren’t expecting to receive nearly 1,000 applicants in less than 15 days of opening their new business, Planet Cannabis on Bank Street in Ottawa South. But Rabbe says it’s what they got, and their growth doesn’t seem to be slowing down.

“It was definitely overwhelming. We were thinking about getting like 12 to 15 people and picking from there.”

This experience highlights a puzzle in employment since the COVID-19 pandemic was declared: Some employers are inundated with applications while other positions go unfilled.

LRO Staffing, an Ottawa-based employment agency specializing in mid-career commercial positions, is experiencing the opposite of what Auode and Rabbe have found.

While serving employers and prospective employees, the agency is struggling to find qualified and experienced candidates right now, according to Lee-Anne McDougall, director of human resources and communications.

“The requirements might be outpacing people gaining the experience that employers are looking for,” she said, referencing the lack of opportunities during Ottawa’s pandemic peak.

McDougall says she believes a shortage of candidates will drive employers to make their job offers more competitive.

“If their salaries are too low, if their benefits plan isn’t market driven, if their work arrangements aren’t flexible enough to entice candidates to make a move,” then jobs will remain vacant, said McDougall.

Some blame the benefits that the government has provided during the pandemic.

Programs like the Canadian Emergency Response Benefit (CERB), have been a huge benefit to Canadians, said Sameer Ratanshi, the recruitment services manager at Local Staffing, an Ottawa-based employment agency targeting the industrial sector. But he worries those programs have made it harder to attract workers.

“It’s been hard to get people out of the COVID-19 pandemic mindset,” he said.

Like LRO, Local Staffing has had a surge in employers reaching out to connect with job candidates. That’s beneficial to the agency, Ratanshi said, but it’s difficult when there aren’t many applicants to pair them with.

For positions in the industrial sector, Ratanshi said he’s concerned for the workforce when they eventually return, people won’t be physically prepared after being idle for so long.

“We've had prime examples of people reaching out to us and saying, hey, I'd rather just hang out at home, because I'm claiming CERB [Canada Emergency Response Benefit] right now,” he said.

But the idea that CERB has made people lazy doesn't paint the clearest picture, according to Jim Stanford, an economist and director for the Centre for Future Work.

Stanford said it's an urban myth that people don’t want to go back to work because of CERB, and added that program was eliminated more than a year ago. Even the Canada Recovery Benefit (CRB) has ended, he said.

“How can you blame a non-existent program for a supposed labour shortage?” Stanford said. Plus, Canadians did go back to work, he added.

“As of September, this year, we reached the same level of employment we had before the pandemic, and a little bit higher still in October. So when people say, ‘where did all the workers go?’ they literally went back to work.”

However, that doesn’t mean workers went back to their old jobs, Stanford explained. People may have found better pay or better hours elsewhere, leaving some industries, like hospitality, short on staff.

Above all else, this pandemic has given people a chance to change the way they think of work, said Stanford.

“We came to appreciate the undervalued jobs that got us through the pandemic … Now we realize ‘wait a minute, our lives depend on these people.’ I think that a shifting attitude towards essential workers is something we can build on as we come out of the pandemic.”