3 days ago 0 1 min read
We use cookies to provide a personalized experience for our users. By continuing to browse this site, you give consent for cookies to be used.
Got it!
Home > Politics > Canada Votes 2019 > The Bigger Picture > The final week 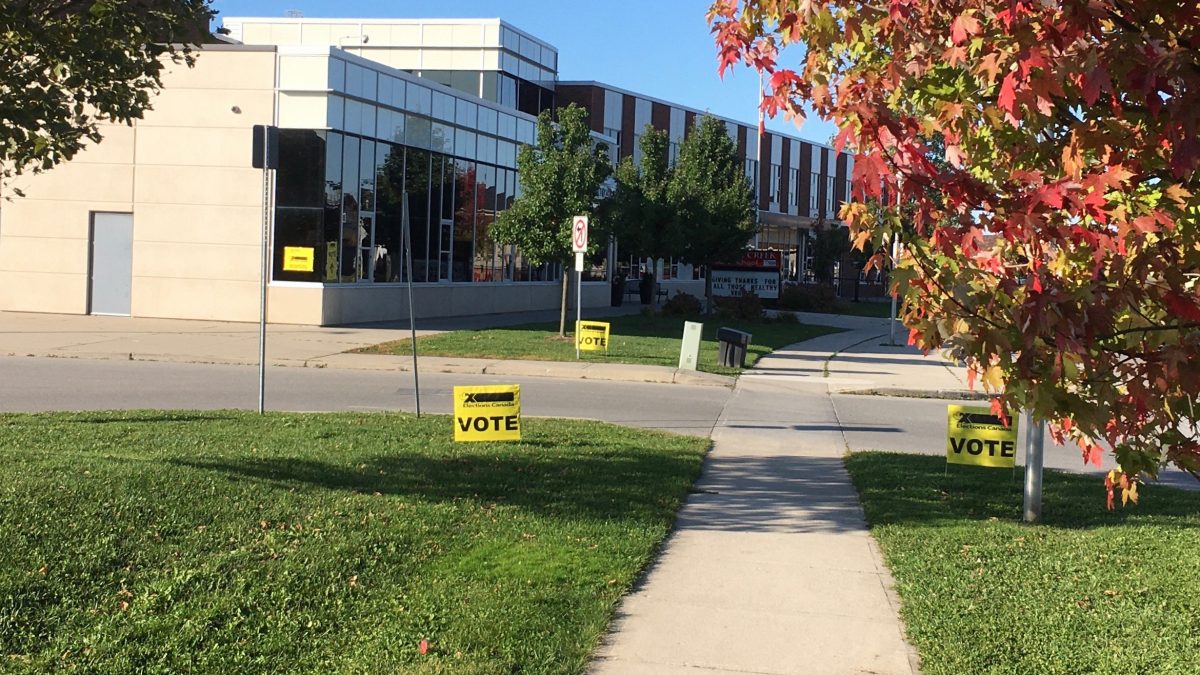 Advance polls were open all Thanksgiving weekend prior to the vote. [Photo: Christop[her Waddell]
The Bigger Picture

So the campaign 2019 is down to its final week with the debates over, no change in the virtual tie, no clear pathway to a majority for anyone and underlying rootlessness among voters with large numbers willing to reconsider their current vote choice.

There is BQ momentum in Quebec, potentially blocking Liberal and Conservative aspirations of gains or even creating some seat losses.  Increasing favourability numbers for Jagmeet Singh could translate into saving NDP seats in BC and Ontario, squeezing the Liberals and helping the Conservatives in both places.

Recent Canadian elections have shown that two moments in the final week can lead to significant change. Both happen out of the sight of media and election observers. The first is when a long holiday weekend provides families and friends with a time to jointly reflect on the election. The Christmas break in 2005 was one such time. In 2019, Thanksgiving falls a week before election day. As it did in 2015 when Mr. Trudeau consolidated his vote.

The second moment encompasses the final 48 hours before the vote. When the polling is close, interest is low and there are large numbers of only loosely committed voters, research has shown a significant number of people make two decisions in the final 48 hours. First, they decide whether they will vote, then they decide for whom (more frequently than you would expect in the voting booth itself).

Political parties know all this and work hard to influence both sets of moments. Those with significant amounts of money (in this case, really only the Liberals and Conservatives) “back load” their advertising buy to reach maximum penetration in the final week. The Get-out-the-Vote effort accelerates to lock in identified supporters during advance polling and then regroups for election day itself.

Perhaps most important though is the push is to understand the evolving strategic context and to update the preferred ballot question and party messaging designed to implant it.  And there is an obvious need to do that in this campaign.

The bidding war on affordability and the cost of living has been fought to a draw and our recent research shows few people can remember current promises and which party authored them.  The campaign is now focussing (as it often does) on leadership and its drivers – character, values and whom do you trust to lead the country. The answers to those currently vary. Views of the two front runners are net negatives. Views of the other leaders (except Mr. Bernier) are net positive with a substantial boost in the case of Mr. Singh.  None of that seems to have changed current voting preference which suggests potentially unpalatable outcomes for the three-main line parties and their leaders, who had had higher aspirations. All will become increasingly nervous as they search for ways to break out or at least, improve their outcomes.

Watch for two shifts this week

So expect two major shifts in tone and substance this week.

First will be an increase in the volume of negative advertising and leader rhetoric. Neither front runner has managed to achieve overall favourability and is unlikely to do so in the short time remaining. The flip side of trying to convince people that they should trust you is to convince them that they should trust your opponent less. Mr. Scheer chose to accelerate that with harsh and personal attacks aimed at Mr. Trudeau in the two national debates last week. Mr. Trudeau has consistently questioned Mr. Scheer’s social conservatism and suggested he has disguised the degree to which they would inform his government’s policy.

Because most people don’t follow the leaders all that closely save for debates, there is a limit to which leader messaging can penetrate. Separately, being consistently on the attack can negatively impact the way voters evaluate the leader. The solution is negative advertising – unmediated direct appeals to denigrate or cause concern or fear.   It is a truism that people dislike negative ads but the reality is that they are often influenced by them.  The one caution is that they are difficult to design and control because there is a break point at which they become a liability to the advertiser.

Every political campaign confronts the decision if, and when it might need to turn to negative ads or to intensify their use.  Most have them ready to go. In fact, the Conservatives have been running a series of negative ads about Mr. Trudeau (“Not as advertised”) since the spring. They are now increasing their frequency in high profile television programs.  It is very likely, given the stasis in the campaign, that negative political ads, (or their euphemistically titled cousins, contrast ads) will dominate voters TV, radio, and social media platforms all week.

Negative ads tell you who not to vote for. But in a multi party race, that may not guarantee a vote for a party.

That leads to the coming second shift in messaging this week, increasingly loud calls for a ballot question driven by strategic voting. A strategic vote often means voting for a preferred outcome rather than a preferred candidate or party.

The challenges of strategic voting

Canadians have become increasingly familiar with strategic voting and it has had an impact in some recent elections.

One version of it means casting a vote for a party capable of stopping another party you really don’t want to win. This is designed to keep vote splitting between two like-minded parties from electing a disliked third party. With multiple parties on the progressive side of the spectrum, NDP and Liberal voters have faced calls for strategic voting in recent federal and provincial elections. This time federally, the Liberal party will become more and more explicit about the perceived need to vote for it to prevent the Conservatives from winning. For that to work, it will need a Conservative win to be plausible and to demonize Mr. Scheer and his potential government.

Sometimes there are calls for strategic voting to try to ensure a minority government outcome of any stripe to increase responsiveness to the public. In our first past the post system, there is no easy way to vote for a minority government outcome.  In some ridings, four-way splits could mean someone wins with 30% of the vote, making it very hard to know how to vote strategically.

Trying to engineer a minority

Another version of strategic voting is to send a message to or force greater accountability on a dominant party.  This strategy concedes there will be a minority outcome and urges voters to try to ensure that the balance of power is held by their party. The NDP has already launched its own call for strategic voting to pre-empt the Liberal one, saying the Liberals will need to be held accountable and listing the policies it would insist on to support them. It also has said it would not support the Conservatives trying to increase the public perception that the Liberals are more likely to form a government and need the NDP.

The Conservatives will be asking for a vote to ensure a majority, saying it is likely that it cannot sustain a minority because of the other parties’ determination to keep them from power.

The Bloc Quebecois’ call for strategic voting is not about who forms the government but rather about ensuring there is a nationalist voice for Quebec in Parliament. It is much a protest vote as a vote for accountability.

As predictable as the shifts to negative tone and calls for strategic voting are, there is something that is possible but far less certain — the political equivalent of the “Hail Mary Pass”. Nervous campaign strategists who see an erosion in support or a likely outcome that they fear, sometimes do or say unexpected things to alter the dynamic.   Kathleen Wynne’s announcement in the last week of her campaign that she would resign as leader no matter the outcome was one such deliberate last-minute bombshell. It would be a surprise if there isn’t someone in the major party campaigns thinking about potential game changing options.